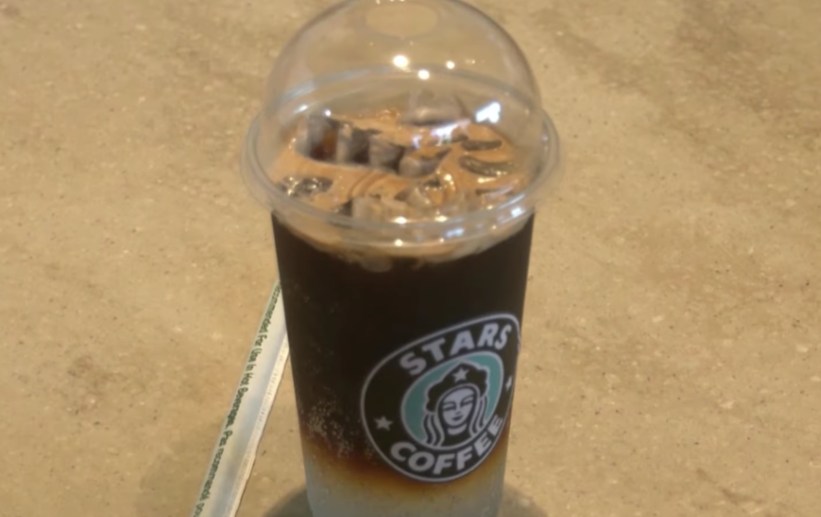 STARBUCKS Bought Out and Rebranded in Russia as STARS COFFEE

Following Starbucks’ exit from Russia ostensibly due to the country’s invasion of Ukraine, a rapper and restauranteur duo has begun purchasing franchises and reopening them as “Stars Coffee” shops. The same rebranding process is also happening for other Western brands in the country, including Coca-Cola and McDonalds.

Following the exit of major U.S. chains and brands from Russia entrepreneurs in the country continue to take the chains’ old establishments and assets and re-use them under new brand names. Earlier this year, for example, new ownership reopened the McDonald’s fast-food chain under the new brand name “Vkusno & Tochka” (or “Tasty and That’s It”). Now, the same is happening for the Starbucks coffee chain, which is being reopened by two entrepreneurs as “Stars Coffee.” And they already have their first franchise up and running in Moscow.

The South China Morning Post reported on the rebranding and reopening of Starbucks as Stars Coffee in Russia. According to the news organization it’s the latest “major rebrand” to occur in the country, which has seen much of the Western world attempt to economically punish the nation following its invasion of Ukraine. The Post notes an estimated 1,000 companies have “curtailed operations in Russia since the invasion of Ukraine began on February 24, 2022.”

The Post reports that governments usually reject applications for trademarks that are similar to existing brand names, but notes Russia has recently allowed businesses to use patents from countries deemed to be “unfriendly.” Indeed, Sanctions News reported in March of this year that “The Russian Government has adopted a decree which [allows] local companies and individuals to use inventions, utility models and industrial designs held by owners from ‘unfriendly countries’ without their consent and without paying any compensation.”

As for the Starbucks transformation into Stars Coffee, it’s being spearheaded by popular Russian rapper Timati (a.k.a. Timur Yunusov) and restauranteur Anton Pinksy. As of this writing it appears that Yunusov and Pinksy have only opened one Stars Coffee franchise in Moscow, but the duo has plans to rebrand and reopen all of Starbucks’ former 130 locations by the end of September.

Despite the Russian government’s unwillingness to disallow people in Russia from rebranding existing Western products and services, some major corporations are still pushing back. The Post notes, for example, that while Coca-Cola has already finalized its exit from the country, it has still applied to defend its trademark and protect its brand in case the company ever decides to return to Russia. Reuters reported on August 17, 2022 that “Coca-Cola, first available in the Soviet Union in 1979, is already ensnared in fights against grey-market goods, which are unauthorized imports, and Russian knockoffs of its fruit-infused Fanta line, according to court documents and interviews with attorneys involved.”

The lack of brand and patent protections for businesses from “unfriendly” countries also, apparently, extends to movies, television series, and music. Josh Gerben, of the Gerben Law Firm in Washington D.C., told Reuters in March of this year that even before Russia’s invasion of Ukraine, a Russian court ruled that somebody using the trademark for Peppa Pig (the titular character of an eponymous British animated television series) in the country was acceptable as Britain is on the “unfriendly” country list.