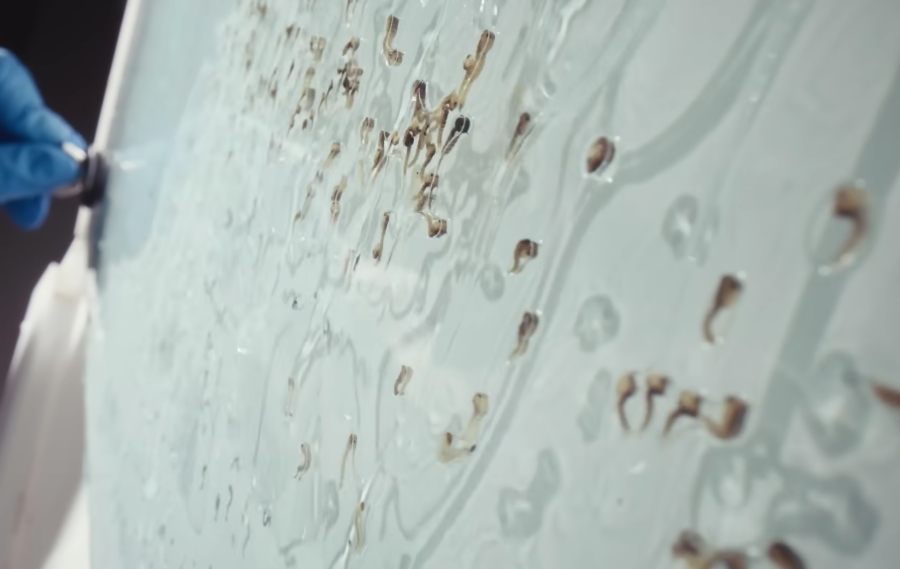 Bill Gates says he’s invested in a “mosquito factory” in Colombia that breeds 30 million bacteria-infected mosquitoes per week, and that scientists are now unleashing them on 11 countries with the goal of lessening the prevalence of viral infections like dengue and zika.

In a new blog post and video—the latter of which has now racked up nearly seven million views—Bill Gates outlines how the World Mosquito Program (or WMP), which he’s funded to the tune of $185 million so far, is now breeding 30 million mosquitoes per week via a factory in Colombia. The supposed goal for the project? To use the mosquitoes—which are infected with a bacteria that causes infertility—to subsume native mosquito populations that supposedly cause dengue, zika, and other viral infections in humans.

Gates—who’s been lambasted by Indian Parliament for unethical “cervical cancer vaccine” trials, and has a $700 million bet against Tesla despite supposedly being all about the environment—posted the video immediately below to his YouTube channel. In the video’s description Gates gives the broad strokes of how the WMP operation in Medellín—the featured locale for the marketing ploy—breeds mosquitoes purposefully infected with the bacteria Wolbachia and then releases them “across the country to breed with wild mosquitoes that can carry dengue and other viruses threatening to sicken and kill the population of Colombia.”

On its face, the project’s goal is to have the lab-bred mosquitoes deliver the Wolbachia to native mosquito populations; causing said populations to become infected with the bacteria. The Wolbachia bacteria, which is found in 50% of all the insect species on Earth (including fruit flies, dragonflies, moths, butterflies, etc.), affects the ability for mosquitoes—in this case, the species Aedes aegypti, which originates in Africa—to reproduce. The WMP video immediately below notes that if a male mosquito with Wolbachia mates with a female, her eggs won’t hatch; if a male without the bacteria mates with a female who has it, then her offspring will hatch and they’ll all have it; and if both the male and female have Wolbachia, then all of the offspring will also hatch and have Wolbachia.

Obviously the result of this interbreeding is, ultimately, a revamped community of mosquitoes replete with a Wolbachia infection in every single member. And, of course, the complete elimination of any males without the bacterial infection.

This is a good thing according to Gates and WMP because Wolbachia—supposedly—helps to diminish the amount of virus in a given mosquito population. (In Colombia, the target viruses are Zika, chikungunya, dengue, etc. In the 10 other countries upon which the WMP is unleashing its bacteria-laden mosquitoes—including Brazil, Mexico, Indonesia, Sri Lanka, Vietnam, Australia, Fiji, Kiribati, New Caledonia, and Vanuatu—the target diseases largely overlap.) According to WMP, the organization thinks this is the case because its scientists have injected Wolbachia-infected mosquitoes with dengue virus and found that “the virus didn’t grow well in the mosquito.” The WMP video goes on to note that if the virus “can’t grow, it can’t be transmitted between people.”

In his post explaining WMP’s efforts on Gates Notes, the former Microsoft CEO highlights a pair of studies supposedly showing the strategy working to prevent diseases. He references one randomized controlled trial (RCT) from Yogyakarta, Indonesia, which claims to have found a reduction in the number of dengue cases in the city by 77% and dengue hospitalizations by 86%. Gates also touts a newer study from Medellín claiming to show a decline of 89% in dengue cases since Wolbachia mosquitoes started being released in 2015.

“[W]hat’s remarkable about the Wolbachia mosquitoes is that once enough of them are released to offer disease protection, it’s a solution that’s self-sustaining,” Gates says in his post. “Over time, families will be spared the heartbreak of losing loved ones and communities won’t need to spend money on prevention and treatment for these mosquito-borne diseases, freeing up funds for other health priorities,” the multibillionaire adds.

Unfortunately, however, it seems the CDC may either be lying or misinformed regarding its profile on Wolbachia. In its description of the bacteria (excerpted above) the CDC says it “cannot make people or animals (for example, fish, birds, pets) sick.” However, a study in the National Library of Medicine, published in 2010, unequivocally states that “Wolbachia [species] are gram-negative bacteria that infect filarial nematodes, including Dirofilaria immitis, and elicit an inflammatory response in cats and dogs.”

On top of the CDC’s piece of serious misinformation, it should also be noted that the studies Gates’ quotes as showing a decline in dengue seem not to address two key points: amount of actual virus in the native mosquito population, and all-cause mortality. Certainly if there was no decrease in the amount of virus in the native mosquito populations in either of the studies, then the change in hospitalization rates, etc. would be due to another confounding factor. And if there was no effect on all-cause mortality, why bother with the bacteria-infected mosquitoes at all?

Making matters—certainly appear—to be worse is the fact that there doesn’t seem to be extensive study on the effects of Wolbachia on human physiology. WMP doesn’t appear to offer readily robust evidence that Wolbachia doesn’t negatively effect people’s health—specifically their reproductive health considering the effect the bacteria has on mosquitoes—and a large handful of cursory searches on Google Scholar doesn’t turn up anything either.

What is clear from the literature, however—aside from the fact that Wolbachia reportedly elicits an inflammatory response in dogs and cats—is that scientists don’t know how exactly the bacteria causes infertility. Another study available in the National Library of Medicine, published in PNAS in October of 2021, claims that “Many Wolbachia strains manipulate host reproduction, most commonly through cytoplasmic incompatibility (CI),” but that “its mechanisms [of action] remain unknown.”

Worse yet, a study published in The Annals of the New York Academy of Sciences in July of 2008, entitled “Wolbachia in the Inflammatory Pathogenesis of Human Filariasis,” notes that “Filarial nematodes cause some of the most debilitating diseases in tropical medicine [but] Recent studies… have implicated the parasites’ endosymbiotic Wolbachia bacteria, rather than the nematode, as the cause of inflammatory-mediated filarial disease.” The study goes on to say “studies suggest that Wolbachia are the principal cause of acute inflammatory filarial disease [in humans].”

It’s also possible that this technology could be (undoubtedly will be?) abused. This would be especially problematic in regards to the use of so-called gene drives—or a type of genetic engineering technique that relies on CRISPR technology to modify genes so that they don’t follow the typical rules of heredity. According to journalist Jennifer Kahn—featured in the TED Talk immediately above—gene drives, which have been demonstrated to function in mosquito populations already, “are so effective that even an accidental release could change an entire species. And often very quickly.” Khan adds in her TED talk that “a gene drive might not stay confined to… a target species.” And that the technique gives scientists the “ability to change an entire species.”

Khan ends her TED Talk, in part, by asking the question: “Are we Gods now?” To which Bill Gates, as well as many others working on gene-altering technology, probably have a disturbing and delusional answer.