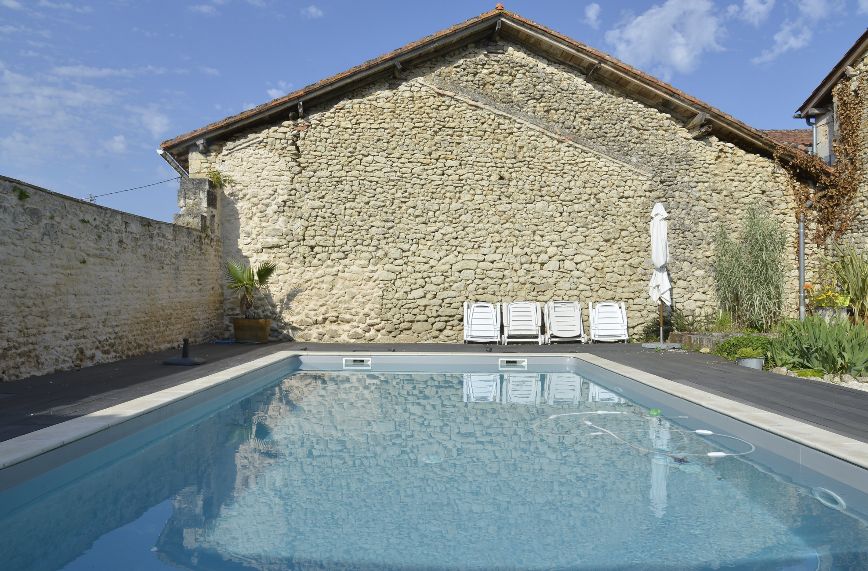 Using an AI co-developed by Google, France’s tax authority has begun finding undeclared pools on citizens’ properties in order to bring in more revenue for the government.

As the Age of the Neural Network continues to flourish, individuals, corporations, and, of course, government officials, continue to use artificial intelligence (AI) for everything from “predicting crime” to animating masterpiece paintings. In a new use of the tech France’s tax authority (known as le fisc) has deployed an AI program co-created by Google to find citizens’ undeclared pools for more taxable income. The country’s tax authority says it’s already collected nearly $10 million in what would’ve been unrealized revenue, and plans on using the AI to identify other undeclared yet taxable property additions in the future.

Google’s AI, developed in conjunction with Capgemini (a multinational IT services and consulting company headquartered in Paris) works by using neural networks—i.e. algorithms that, in effect, behave like biological neuronal networks and are able to observe patterns and “learn” from large datasets—to scan aerial photos of French neighborhoods for pools. Comparing the pools found by the AI to land registry databases, the tax authority says it’s able to figure out which homes have undeclared pools.

According to France’s tax authority the program has already helped the agency to collect €9,825,514, or $9,871,350. Apparently the AI has uncovered 20,356 pools not declared to the government, and the tax authority expects this year’s property addition tax haul to quadruple to $40 million next year. A necessary leap as the overhead for the taxation program itself has already cost the country €24 million.

Use of the AI program will not be limited to finding undeclared pools, either. Indeed, as France 24 has reported, the French government’s Public Finances Directorate (DGFiP) has already said the program will now be rolled out nationwide, helping to balloon tax revenues captured by the AI to that $40 million figure. (For reference, a typical pool of 300-ish square-feet would be taxed at about an extra $200 a year.)

The AI is not without fault, however. The Guardian, for example, has reported that Google’s software has a 30% margin of error (at least as of April of this year) due to its mistaking solar panels for swimming pools. As well as failing to identify “taxable extensions” hidden under trees or in shadows.

Speaking of taxable extensions, Antoine Magnant, the deputy director general of France’s public finances, told the French newspaper Le Parisien that “We are particularly targeting house extensions like verandas, but we have to be sure that the software can find buildings with a large footprint and not [a] dog kennel or [a child’s] playhouse.”

The Guardian reports French citizens have approximately 3.2 million private swimming pools that can be taxed. The UK outlet reports the number of pools in the country surged during the ineffective and monstrous COVID-19 lockdowns. Presumably people bought the pools as a way to gain a brief respite from utter government tyranny.