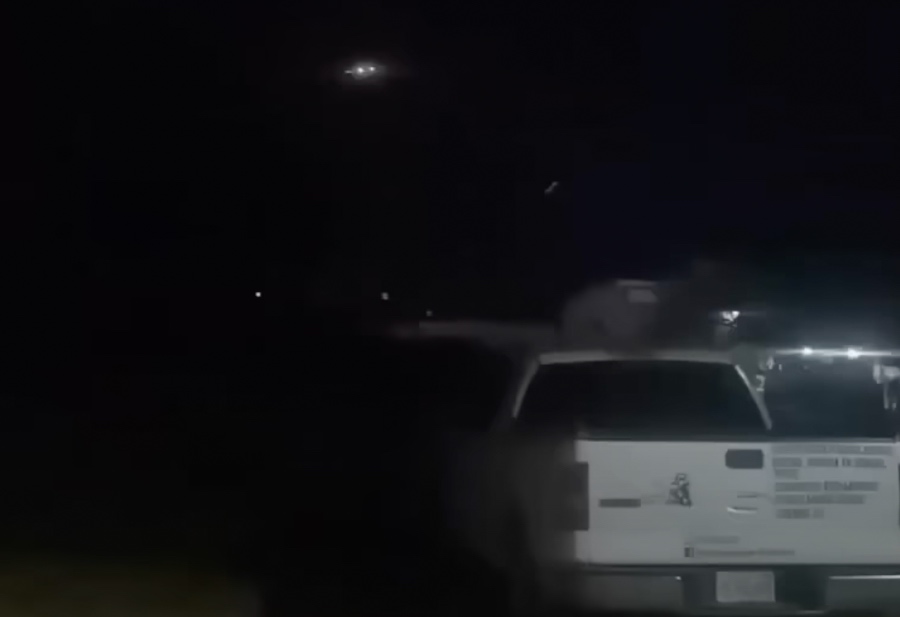 A video trending (somewhat) on Reddit, Twitter, and YouTube featuring a “UFO” in the night sky above the city of Guadalajara in Jalisco, Mexico, is probably just footage of a train of Starlink satellites.

A video of a brand new “UFO” sighting in the night sky above the city of Guadalajara in Jalisco, Mexico has people all atwitter with the idea of alien life making its presence known. Unfortunately, the “UFO”—which does indeed put on a dazzling light show—is, in all likelihood, just a train of Starlink satellites. Although, to be fair, that’s not 100% certain as of this writing. (Only 99.99999%.)

In the video immediately above posted to YouTube by Sab Vazquez—“a 33yr old enjoying fatherhood and gamerhood”—we see the September 7, 2022 “UFO” sighting from several different angles. From each angle, through what appears to be a cloudy atmosphere, we see a string of circular lights, each growing bright and then dimming, one after the other; drawing the attention and wonderment of onlookers.

“It is a ship,” one man says in the first excerpt of video (via Google translate). “I’ve seen it like two or three times but I’ve never been able to record it,” he adds excitedly.

Not only are the people featured in the video excited about the “sighting,” but so too have been people online. Numerous videos of the display in the firmament over Mexico have cropped up on Twitter (with some garnering more than 43,000 views as of this writing), and most comments have had something to do with UFOs. The only problem with all of the speculation, however, is that the overwhelming odds are that people are actually just watching a “train” of Starlink satellites moving through orbit around Earth.

Indeed, in the unrelated video immediately below linked by Reddit user u/beardfordshire in a r/UFOs subreddit thread, we see a SpaceX Starlink satellite train moving like a shimmering string of small white moons after its deployment from a SpaceX Falcon 9 rocket. The satellites—which are each about the size of a small car and deployed from one of SpaceX’s rockets dozens at a time—flare brightly in succession as they fly by thanks to Sunlight reflecting off of them and shooting toward Earth.

Despite the overwhelming likelihood the “UFO” over Mexico is nothing more than Starlink satellites, Reddit user u/kains_r_pain_daw wrote in the same r/UFO thread that “According to Starlink Tracker…. It doesn’t seem like Starlink is the most likely [candidate] for these sightings [occurring] on Sept 8th in Guadalajara, Jalisco, Mexico.” The user added that “WHEN it was observable, it was under ‘POOR CONDITIONS[.’] He also noted that he’d “been observing Starlink intentionally over the summer, POOR means poor. It really is barely observable, if at all.”

One particular sticking point in the thread for the Starlink theory was the fact that SpaceX hadn’t launched a fresh train of satellites (there will ultimately be around 12,000 in orbit) on the same day people in Mexico observed the UFOs. However, even u/kains_r_pain_daw noted in a follow-up comment that he’d been “thinking more about the theory that [the video was of]… an already orbiting, Starlink satelittle [sic].”

SpaceX certainly launched a bunch of Starlink satellites in proximity to the Mexico “UFO sighting” date as well. In the tweet immediately above, we see the space exploration company acknowledging the launch of 51 Starlink satellites into orbit on September 4, 2022, just three days prior to the supposed sighting.

Sense Receptor has tweeted at SpaceX and Elon Musk for confirmation the “UFO” was indeed Starlink satellites. Presumably real aliens will visit Earth before we ever get a response. 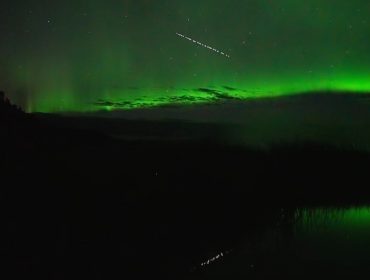 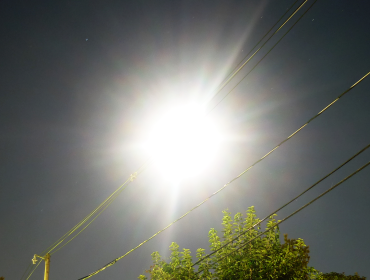 A newly released U.S. government report (available thanks to a FOIA request) says there have been 45 cases of "human observers" being burned or...