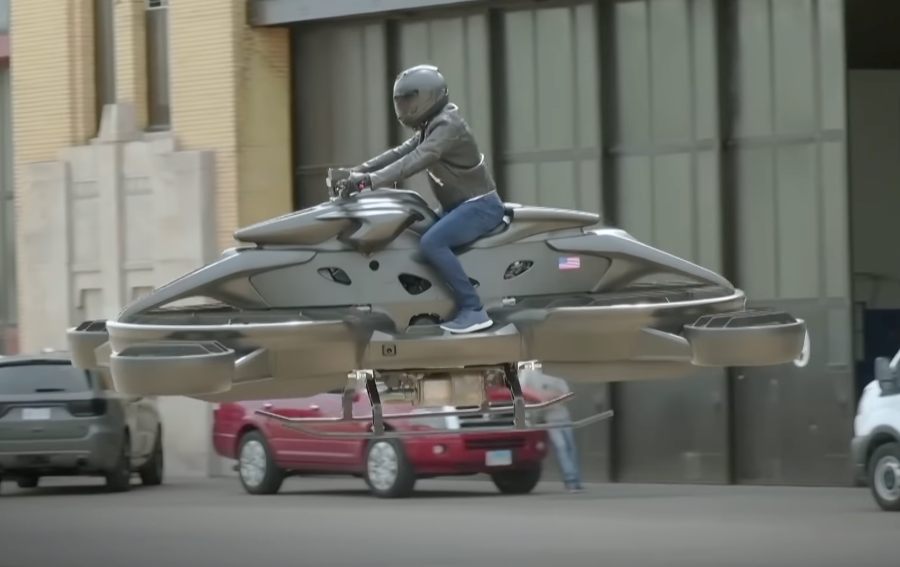 While Jetson’s Jetson ONE EVTOL has taken the internet by storm with an exciting look at what the future “commute to work” could look like (although almost definitely won’t), there are other companies out there making ridiculously expensive personal flying machines that seem like a lot of—wildly dangerous—fun. Out of Japan, for example, we have the XTURISMO hoverbike, which definitely seems like something futuristic-ish. Although it will still set buyers back an astonishing $777,000 and isn’t even fully electric.

In the video immediately above posted to Twitter by reporter and news anchor Ryan H. Marshall, we get a glimpse at one of the latest demos of the XTURISMO. AERWINS Technologies Inc., the company behind the XTURISMO, doesn’t refer to it as a hoverbike, but it’s hard not to think of it as one. (Especially seeing as how the Wiki definition for hoverbike is literally any “vehicle that can hover, resembling a flying motorbike, having at least two propulsive portions—one in front of and one behind the driver.”) Regardless, it puts on quite a—LOUD—show.

The demo begins with the XTURISMO’s pilot—Thad Szott, co-chair of the Detroit Auto Show—giving the vehicle some throttle, which sees it lift off the ground maybe eight to ten feet. (It’s difficult to tell from the video, and I was unable to find the flight height for this demo.) As the vehicle lifts off, its four giant rotors come to life with buzzing screams that sound like jumbo murder hornets flying out the gates of Hell. Once he’s in the air, Szott then maneuvers the hoverbike around an empty portion of the Coleman A. Young International Airport, which is just outside of Detroit, Michigan.

The South China Morning Post, which was on hand to watch the demonstration, notes in the video below that this was the XTURISMO’s US debut; occurring during this year’s Detroit Auto Show. The Post notes that the XTURISMO debuted in 2021, and is already on sale in Japan.

“I feel like I’m literally 15 years old and I just got out of Star Wars and I jumped on their bike,” Szott says in The Post‘s video. “I mean, it’s awesome.”

According to The Post the maximum “hover” duration for the XTURISMO is 40 minutes and its maximum speed is approximately 62 miles per hour. AERWINS also says on its website that the hybrid internal combustion engine-electric motor hoverbike weighs 661 pounds and is 12 feet long and about 8 feet wide. The bike is also capable of carrying somebody up to 220 pounds in weight. (Which sounds great for Japan, but perhaps a bit limited for the bigger American market.)

Interestingly, AERWINS says that its XTURISMO was actually inspired by the Star Wars saga. And it is, of course, somewhat reminiscent of the “speeder bikes” from the classic franchise. Although one can only imagine a speeder bike would’ve cost a lot fewer credits than an XTURISMO.