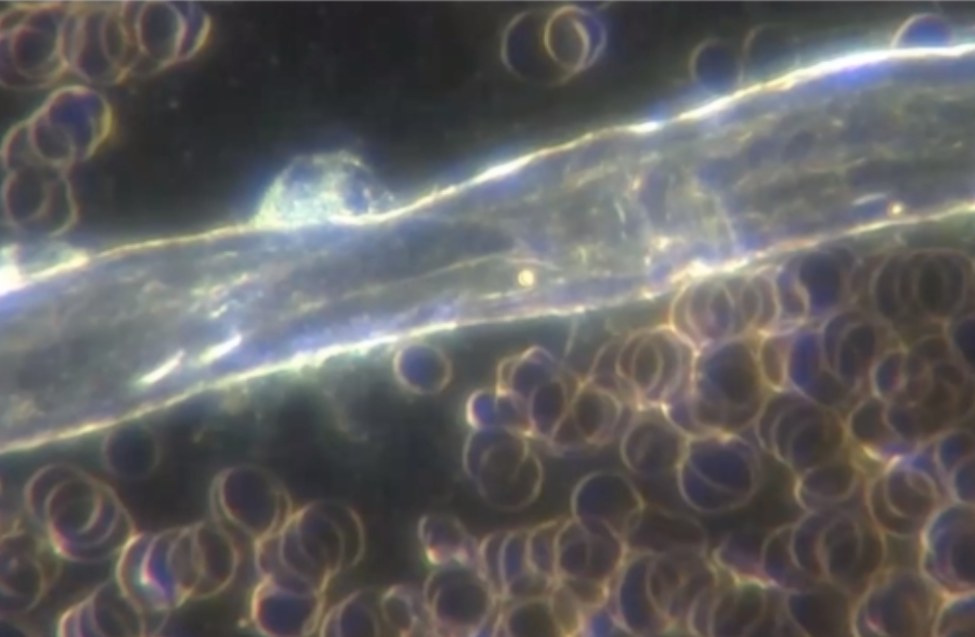 In this conversation with independent Australian interviewer Maria Zeee, general practitioner Dr. David Nixon shows a series of images, and videos, of the self-assembling “structures” apparently present in the Pfizer-BioNTech “vaccine.” Nixon not only provides clear glimpses of the structures, but also describes how they “grow” when exposed to Wi-Fi signals.

Note: Discussion of what Dr. David Nixon has seen in vials of the Pfizer-BioNTech COVID “vaccine” begins around the 15:40 mark in the video.

Although it’s been difficult to glean what exactly is in the Moderna, Pfizer-BioNTech, Johnson & Johnson, and AstraZeneca COVID “vaccines,” evidence of their true contents is now beginning to roll in from independent researchers from around the world. Evidence including images of the “vaccine” vials’ contents taken using both an electron microscope, as well as an optical microscope. Now, in a new interview with Maria Zeee, Australia-based Dr. David Nixon shows some of the strangest contents yet in vials of the Pfizer-BioNTech “vaccine”: micron-scale structures that assemble over time, and seemingly become activated due to ambient Wi-Fi radiation.

After a discussion regarding the Health Practitioner Regulation National Law and Other Legislation Amendment Bill 2022 (which is being proposed in Australia and will severely limit doctors in the country from exercising free speech), Zeee, Nixon, and Dr. Mark Hobart—who the mainstream Australian news claims is a “controversial Victorian GP [who’s] been suspended over claims he’s been handing out fake COVID vaccine exemptions”—look at images, and video, of the many and varied self-assembling structures.

At around the 15:45 mark Nixon—who says he was able to obtain four Pfizer-BioNTech vials as they were leftovers in his office that were going to be thrown away anyway—shows a video recording of the contents of a Pfizer-BioNTech “vaccine” vial under a dark-field microscope, at 40X magnification. Nixon notes that the structures in the vaccine, which sat at room temperature for four weeks, are larger than red blood cells.

In an image taken at 200X magnification (immediately above), Nixon shows a sample of dried-out Pfizer-BioNTech “vaccine” displaying “quite unnatural, rectangular shapes… .” Nixon says that when he looked at the same sample the next day, a new structure had appeared (immediately below).

“Initially I thought, wow, it must be a strange sort of contamination,” Nixon says. “The problem is,” he adds, “[is] that when you look at it closer, it has a very disturbing appearance. And nobody has been able to tell me that this is not something we need to be concerned about.”

Nixon says he identified ten to 12 different structures, with varying levels of complexity.

At around the 24-minute mark Nixon shows images of a slide of the “vaccine” left out underneath a microscope overnight, versus one kept in a Faraday bag for the same time period. (As Nixon notes, a Faraday bag is used to block out electromagnetic radiation; e.g. signals sent between cell phones.) The sample that was left out, Nixon says, “grew… structures overnight.” He adds, however, “that the [sample] that was sealed [in the Faraday bag] did not grow these structures.”

“It was a pretty stark contrast that, when the slide was exposed to the wireless router, these structures appeared the next day, and when it wasn’t, all I got was blobs,” Nixon says. The physician adds that he ran his experiment four times, and was never able to get the same kinds of structures that developed outside of the Faraday bag to develop inside of the Faraday bag.

“It seemed to be, from what happened when the wireless router was turned off, was that… the router was the main source that was affecting [the development of the structures],” Nixon says.

Nixon goes on to show more, strange micron-scale objects from his Pfizer-BioNTech samples, including what look like flat rectangles of glass or metal (one of which is immediately above). The doctor says, however, that he has “no clue” what the structures are.

After showing several more strange structures, Nixon eventually goes on to show what effect the mRNA COVID injections (i.e. the “vaccines” from Moderna and Pfizer-BioNTech), are having on people’s blood. Indeed, the study, published in the peer-reviewed International Journal of Vaccine Theory, Practice, and Research, found that out of 1,006 patients who were symptomatic post COVID “vaccination,” 94% of them demonstrated “abnormalities” (Nixon’s word) on their blood tests.

Nixon specifically shows slides demonstrating “normal” blood versus some of the blood samples taken from those who’d been “vaccinated.” As the doctor shows, in the post-mRNA-injection blood, the red blood cells demonstrated a phenomenon known as “rouleaux.” As Biron.com notes rouleaux are “clumps of red blood cells that look like stacked plates” and “usually form as a result of abnormal quantities of certain proteins ([e.g.] immunoglobulin, fibrinogen), in the blood.”

“It’s apparent that… this type of appearance might well be associated with… hyper-coagulability,” Nixon says. “Therefore [whoever takes these injections is] at risk of heart attack and stroke.” On a more optimistic note, Nixon adds “If we can find ways of improving this [disorder] or reversing it, then we can hopefully reduce the incidence of heart attack and stroke.”

One of the final images Nixon shows is of one of the “typical” structures that he found in the Pfizer-BioNTech “vaccine” vial contents—as well as the blood—which Zeee refers to as “ribbons.” When Nixon zooms in on one of the ribbons (in the image immediately below), he reveals that the “remnants” of white blood cells are attached to it after an attempt “to eat…up” the foreign object.

Nixon notes there is “some evidence from some groups that [the ribbons] are thought to be graphene oxide,” but that he doesn’t himself have any evidence of that. Indeed, other researchers from many disciplines who’ve analyzed these “vaccine” contents claim that they contain quite a bit of graphene oxide—that is, the oxidized form of graphene, which itself is a one-atom-thick layer of carbon atoms arranged in a hexagonal lattice that is exceptionally electrically conductive.

Other researchers, and physicians, have also identified similar “structures” to the ones identified by Nixon in his analysis. The German Working Group, a team of 60 interdisciplinary experts, observed objects that are perhaps the most visually similar to those identified by Nixon. In one series of images captured by the group (immediately below), we see a bevy of objects present—also from a vial of Pfizer-BioNTech “vaccine”—that apparently look like they’re the same shape, size, and sharpness as the ones Nixon found.

Interestingly, regarding the effect the mRNA COVID “vaccines” are apparently having on the blood, biotech analyst and med-legal advisor Karen Kingston says the rouleaux is forming due to the toxins amended to the original Wuhan spike protein in the Pfizer-BioNTech “vaccine.” (Or, more specifically, the mRNA code for the amended Wuhan spike protein, which is, in turn, produced by an mRNA “vaccine” recipient’s cells.)

Regardless of what any researcher has found in the “vaccine” vials in particular, they all agree on one thing generally: the contents of these vials must be studied further, and extensively. Something that is massively difficult to do, unfortunately, thanks to the fact that the Department of Defense (DoD) has been wholly responsible for the COVID “vaccine” rollout. Which means, consequently, that studying the contents of any of the vials produced by any manufacturer is considered to be “diversion of government property” and is therefore illegal. 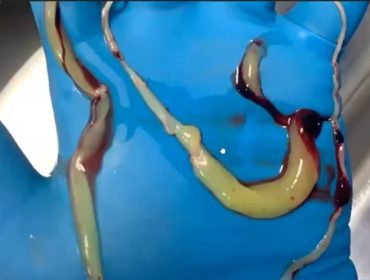 In this interview with radio show host Jason Liatos embalmer Nicky Rupright King adds her voice to the chorus of other embalmers who're saying...