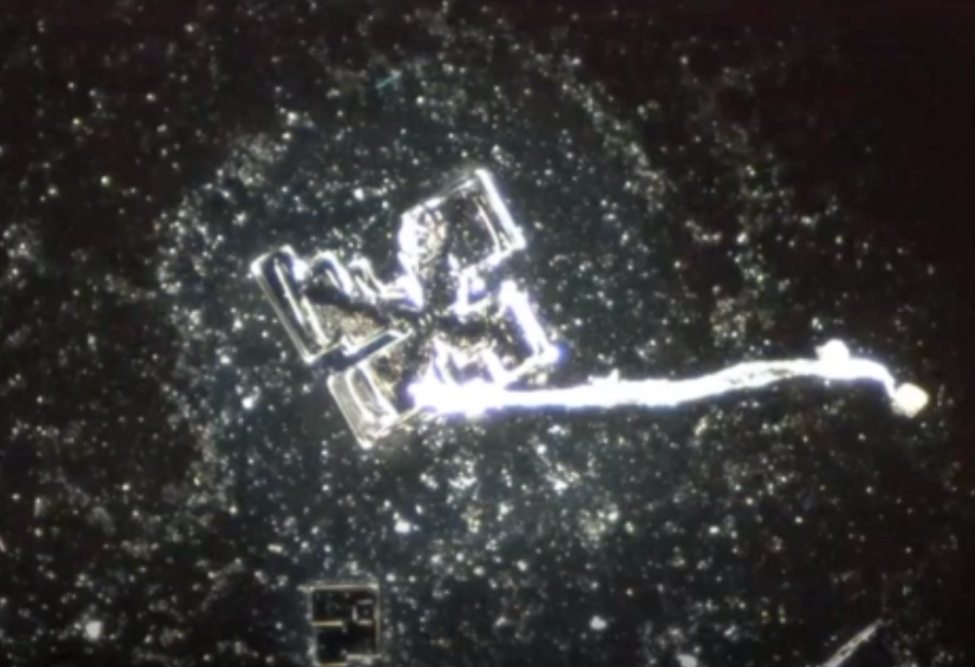 In this roundtable video discussion two medical doctors—including Drs. Ana Maria Mihalce and David Nixon—as well as two electrical engineers—including Dr. Simon Yanowitz and Mat Taylor—view and discuss images and videos of the contents of Pfizer-BioNTech’s COVID-19 “vaccines.” The four participants observe, and attempt to explain, the glowing “circuits,” “crystal structures,” and “ribbons” that have appeared under Nixon and Taylor’s brightfield and darkfield microscopes, but highlight the fact that they can only speculate as the tech is so advanced it appears to be “magic.”

Despite the fact that pharmaceutical manufacturers refuse to allow the public to know fully what’s inside of their COVID “vaccines”—skirting informed consent thanks to a “trade secret” excuse—doctors, scientists, and even engineers around the world are still trying to figure out the novel injections’ contents. Critically, by using various forms of microscopy to look at what’s actually in the “vaccine” vials themselves. Now, in a new roundtable talk, two physicians and two electrical engineers offer insight into what they’ve observed in the contents of the vials; including self-assembling and self-disassembling “circuits,” “ribbons” (perhaps made of carbon nanotubes), and non-natural “crystal structures.”

In the video above Dr. Ana Maria Mihalcea (an internist with a PhD in pathology) hosts a roundtable discussion including herself, Dr. David Nixon in Australia (a general practitioner), Dr. Simon Yanowitz in Israel (an electrical engineer), and electrical engineer Mat Taylor in Ecuador. All three of Mihalcea’s guests have previously brought to light what they’ve observed in the contents of the COVID “vaccines,” and here, they reiterate their unbelievable findings.

Nixon kicks off the discussion with a montage of videos he’s taken of the Pfizer-BioNTech “vaccine” drying out on a microscope slide over the course of two months. Previously, Nixon has shown images of the micro-scale “structures” that he says assemble over time, as well as a time-lapse video of micro-scale “robot arms” assembling “crystal squares.”

Nixon’s brief video montage (which begins at the 3:00 mark) shows what the doctors and electrical engineers believe is the assembly and disassembly of various crystalline structures on the micro-scale. Nixon notes he used a darkfield microscope (that places an opaque layer over the light projected onto the sample, allowing one to observe brightened objects against a dark background) at 200X magnification to record the video.

The Melbourne-based GP notes the time-lapse videos—sped up 400 times faster than normal—show “structures being disassembled.” These structures, like the ones in the images immediately above and below, look like unnaturally sharp and angular square shards of crystal or glass that glow randomly and spontaneously flash with pricks of light.

Regarding the question of why the crystalline structures are being disassembled and reassembled in the video, Nixon says he’s not sure what triggered the process, although he’s speculated before that the catalyst is Wi-Fi radiation; and that it is “micro machinery” assembling the structures themselves.

Despite the strange nature of the structures—as well as how they’re put together and taken apart—the four collaborators all agree that they must be micro-scale circuits boards.

“They seem to be able to assemble circuits and then erase them and then perhaps reassemble them again, maybe [in] a slightly different configuration,” Yanowitz says of whatever is building the micro structures in Nixon’s videos. “This is an amazing technology and I think it’s way beyond most people’s comprehension,” the Israeli electrical engineer adds.

Taylor adds that the rapidity of the assembly “has to do with the activity of [of one’s Wi-Fi] router” and claims that “If you’re streaming something like a movie, [the structures] assemble faster.”

“We need to pay attention to the glowing,” Yanowitz says. “I think that the glow is some kind of activation energy that dissipates and causes things to happen on [a given] circuit.” He claims that when you see structures that are glowing, that means they are absorbing energy. (The glow to which Yanowitz refers can be observed in a sped-up video presented at around the 21:55 mark.)

Yanowitz also speculates that the “ribbons” present in the Pfizer-BioNTech “vaccine” contents could actually be “data cables.” The electrical engineer speculates that “they could potentially even be optical data cables that connect different modules.” Interestingly, while many of the crystalline structures look fairly similar to those that have been observed in previous studies of the “vaccine” vials’ contents—including the study done by the Working Group for COVID Vaccine Analysis in Germany, reported on by The Epoch Times—the crystalline chip structure with an attached “ribbon” looks identical to what Dr. Daniel Nagase in Canada observed when he looked at the COVID “vaccine” contents with an electron microscope. In the pair of images immediately below, the crystal structure with an attached ribbon as shown by Nixon’s images/videos is on top. The one shown by Nagase’s images, underneath.

Note that Nagase’s image, taken with an electron microscope—that is, a microscope that uses beams of electrons and their wave-like characteristics to magnify an object’s image—shows what appears to be a more intuitive image of one of the crystalline structures with a ribbon tail. Nagase’s image even shows how the featured structure’s ribbon attaches to other present structures. (Just as Yanowitz theorizes in the roundtable discussion.)

Unfortunately, the physicians and electrical engineers are only able to offer lots of speculation as to what the structures are, how they’re assembled, what they do, why they glow, etc. Yanowitz, for example, says that it’s possible that what we’re looking at is “hydrogel that carries with it all the materials for the construction of [the structures]… [as well as] the blue print for where to place everything.” Hydrogels, which are reportedly not an ingredient of the Pfizer-BioNTech COVID injections (nor the Moderna COVID injections, for that matter) are crosslinked three-dimensional polymeric network structures that can absorb and retain considerable amounts of water. And while that may sound benign, so-called “smart hydrogels”—which can be made to change predictably in response to environmental stimuli—have fantastic capabilities; including the ability to incorporate temperature sensors, LED lights, tiny electronics, and even drug-delivery mechanisms. The video immediately below from MIT shows just a glimpse of the material’s potential functions.

All four members of the video conference also uniformly believe the chip structures are, in essence, circuit boards—with “soldering points,” layering of materials, and “discrete components.” Taylor goes as far as to say that “Any argument [for what these structures are] that doesn’t have the word graphene or circuitry in it is incomplete.”

The idea that the structures are salt crystals or cholesterol crystals is also universally rejected by Nixon, Yanowitz, et al. Taylor even shows one of the chip structures next to a salt crystal (in the image immediately below) in order to compare and contrast them. Indeed, the chip structures appear to consist of straight, rectangular or square components, while the salt crystals consist of repeated crystalline patterns that almost looks like snowflake arms. “If you can explain how [this structure] is the same as a salt crystal, you got me,” Taylor says. Yanowitz adds “For electrical engineers looking at this, this would automatically appear to be electronic circuitry. There is no way to interpret it otherwise, I would say.”

Indeed, Taylor’s brightfield microscope images—in contrast to Nixon’s darkfield ones—show more of the internals of the crystalline structures. As is shown in the images immediately above and below, across the (often multi-layered) crystal structures are what both Taylor and Yanowitz describe specifically as discrete components.

“[T]he construction project that [Yanowitz] eluded to before, it’s a perfect analogy,” Taylor says as he shows off his brightfield images. “And what I see a lot is a building site with a whole bunch of materials being loaded into it. And then an architect and the building clients then coming along and then assembling [a structure].”

The discussion participants also seem to agree on the speculation that electromagnetic radiation—of the type emitted by Wi-Fi routers, 5G towers, etc.—clearly has an effect on the rate at which the crystalline structures appear or disappear. Not only does Taylor say that the crystal structures’ growth depends on their exposure to Wi-Fi radiation, but he shows video of how one particular structure literally builds out or shrinks based on whether or not a Wi-Fi router is on and in range. (Taylor shows sped-up video of this phenomenon at around the 1:08:30 mark in the video.)

Perhaps most importantly, all four members of the video conference agree the technology they’re witnessing is far beyond what is currently available in the public domain. Yanowitz makes it clear when he says whoever created these growing and dissipating structures is “quite a few years ahead of the rest of us in terms of their development of this technology.” Nixon goes as far as to say that the tech “appears to be magic” and claims he can’t even begin to explain what he’s watching.

The miraculous technology before the conversation participants’ eyes doesn’t seem to inspire much confidence in the “vaccines” either. On the contrary, it appears they all agree the injections’ true ill effects only start to occur once they’re inside someone’s body.

“This is actually as good as it gets in terms of it being scary…,” Taylor says, regarding the static images of the “vaccine” contents not inside of the human body. “When it starts to combine with other biological systems is when this biomedical thing that has a technological component really will flourish.” 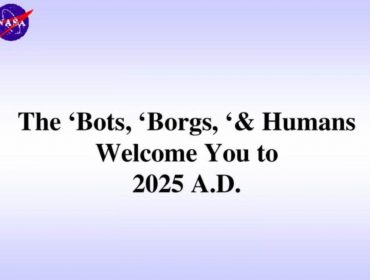