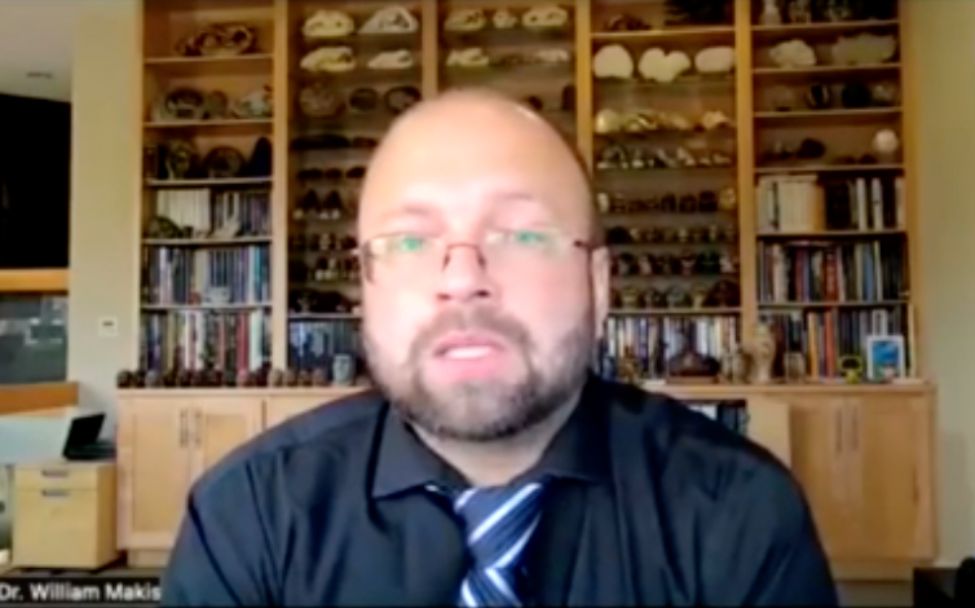 In this interview with financial advisor Maryann Gebauer Canadian physician and cancer researcher Dr. William Makis says that 80 healthy Canadian doctors have “died suddenly” since the rollout of the COVID-19 “vaccines.” Makis ties the deaths directly to the novel injections, and says that the mortality rate for doctors under the age of 40 is five times higher in 2022 compared to 2019 and 2020.

“Died suddenly” is a phrase that has entered America’s lexicon in an explosive way since the initiation of the worldwide COVID-19 “vaccine” campaign. A fact evinced not only by the “died suddenly” Facebook group that has attracted hundreds of thousands of users—even after being banned and resurrected—but even by Google trends data. (See screen grab immediately below.) Now, in another story bolstering the existence of this horrifying, nascent phenomenon, physician and cancer researcher Dr. William Makis says that 80 Canadian doctors have “died suddenly” since the rollout of the enormously dangerous COVID injections. And he says the problem is only getting worse.

In the interview immediately below with financial advisor Maryann Gebauer, Makis discusses, amongst other topics related to the massive, systemic medical corruption in Canada, the phenomenon of healthy—COVID “vaccinated”—doctors in the country “who died suddenly or unexpectedly since the rollout of [the] COVID-19 vaccines.”

“Doctors are dying at double the rate that they were in 2019 and 2020” Makis says, referring to both the number of deaths that occurred in 2021, as well as 2022. “You see an increase in deaths since the rollout of the vaccine across every age bracket. You see it in men, you see it in women. However, the younger you get, the more pronounced… the [increased] rate of deaths is.”

Makis, who has collected data on the number of yearly deaths amongst Canadian doctors reaching back to 2019, adds that the mortality rate for doctors under the age of 40 is five times higher in 2022 compared to 2019 and 2020. For doctors under the age of 30, the mortality rate has been eight times higher compared to 2019 and 2020.

The Canadian physician notes that while media stories covering these sudden deaths rarely report on the doctor’s COVID “vaccination status” (“it doesn’t fit with ‘the narrative'”) he highlights several particular cases where the doctors themselves noted on social media that they had been injected. And boosted. Including Dr. Sohrab Lutchmedial, who spewed out more than a few tweets coercing people into getting the experimental jabs, but died suddenly soon after getting a “booster” dose.

In the case of 48-year-old Dr. Neil Singh Dhella, Makis notes the doctor received his “booster” shot and then, just three days later, died in his sleep. Makis says Dhella “had no prior [health conditions]” and that he was able to tie the death to the COVID injection because a family friend posted a TikTok to Twitter saying Dhella had been “vaccinated” and that his autopsy had revealed a case of myocarditis. (Incidentally, that TikTok went viral.)

Because of these sudden deaths—particularly Dhella’s—Makis says he “started raising the alarm,” with his initial posts on the matter going viral. He then began collecting data not only on the extraordinary inefficacy of the COVID injections, but on Canadian doctor deaths in general; pulling the related data from an anonymous source who created a database of every Canadian doctor death over the last four years.

On October 15 of this year Makis wrote a letter to the presidents of the Canadian Medical Association “Re: Sudden deaths of 80 young Canadian doctors since rollout of COVID-19 vaccines” noting that “There has been tremendous interest worldwide into what is killing Canada’s fully COVID-19 vaccinated young doctors.” Makis added in the letter “Unfortunately, Canada’s healthcare leaders including CMA, do not share this interest.”

Indeed, in his interview with Gebauer, Makis outlines how the Canadian medical establishment, particularly in the province of Alberta, has been massively corrupted. The doctor describes how Alberta Health Services, which employs 105,000 healthcare workers in the province, receives $23 billion a year of tax payer money that it is, essentially, allowed to spend as it sees fit. Without any real oversight.

The result of Alberta Health Service’s enormous monetary resources is the ability for the agency—run, in effect, by 11 executives—to spend on things like massive hospitals, as well as members of Alberta’s College of Physicians and Surgeons, which subsequently acts as a “strong arm [that’s] almost like a military branch who enforce[s] edicts against doctors.” This strong arm, Makis notes, prevents doctors from treating COVID patients, writing COVID injection exemption letters, mask exemption letters, etc.

Makis adds that members of the College of Physicians does not answer to the provincial government, yet has deep ties to Alberta Health Services. He says the organization, consequently, wields enormous influence yet is “above the law.”

Throughout the rest of his interview Makis further discusses the corruption amongst the medical establishment in Alberta—including not only with COVID, but also cancer treatment. What is perhaps most important to note in the context of the “died suddenly” phenomenon, however, is the fact that Makis’ data and interpretation aligns perfectly with that of others who have been analyzing the problem. Including former BlackRock fund manager Edward Dowd, who says that working-age people in America have suffered a Vietnam War’s worth of deaths since the rollout of the COVID injections. (Learn more about Dowd’s data-based take by clicking on the embedded post above.)

As of now, it seems that Makis still has quite the fight on his hands. Not only is he receiving constant threats from establishment authorities against himself and his family (including his children), but the media is out in full force to paint the Canadian physician as a “misinformation” spreader.

Regardless of the obstacles, however—including a permanent Twitter suspension—Makis is still finding ways to get the word out. In the above GETTR post, for example, Makis hits back against a piece in The Toronto Star saying his claim about the 80 suddenly dead doctors has been “debunked.” In response, Makis says the story won’t go away “Because it’s the truth.” The doctor adds “The truth doesn’t go away, not even with a Toronto Star hit piece.”