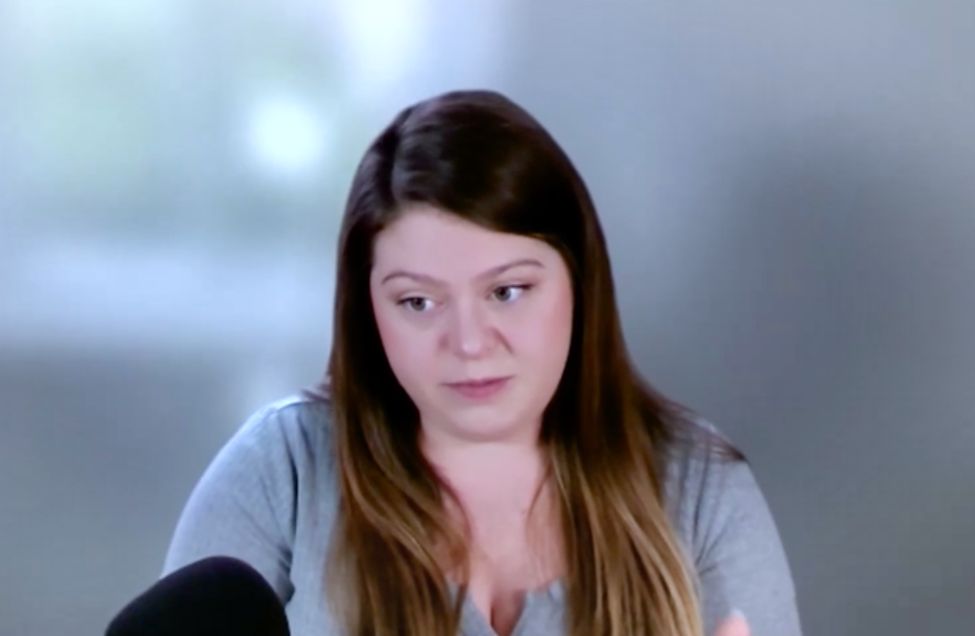 In this interview with podcaster Mark Tassi Pfizer whistleblower Melissa McAtee discusses what she saw while working at a manufacturing plant that produces the pharma giant’s COVID “vaccines.” McAtee, who’s already revealed how the contents of Pfizer’s “vaccine” vials glow blue when set against a dark background, describes here how the “solution” for Pfizer’s novel injection comes from China, how the FDA avoided doing any real site checks of the manufacturing plant, and why she believes there is “something alive” in the shots.

Pfizer whistleblower Melissa McAtee has been dropping bombshell claims online recently that dwarf what she originally sounded the alarm over: namely, the pharma giant’s use of fetal stem cells in the development of its COVID-19 “vaccine.” In an interview in October, for example, McAtee said that the Pfizer-BioNTech COVID “vaccines” glow blue when against a dark background, and likely contain nanotechnology, luciferase, and parasites. Now, in an interview with health, fitness, and spirituality podcaster Mark Tassi McAtee has revealed that the “solution” for Pfizer-BioNTech’s wildly dangerous experimental injection originates in China. And that she thinks there is “something alive” in the “vaccine” vials.

McAtee—a devout Christian who has a YouTube channel dedicated to discussing the Bible and other aspects of the religion—reiterates in this interview with Tassi that she first realized something was wrong with the “vaccine” contents in Pfizer-BioNTech’s vials when she noticed that they glowed blue when against a dark background. That was only the first of a series of incredible oddities, however, each demonstrating one or another disturbing aspect of Pfizer’s manufacturing process.

“From a pack-line perspective I’ve seen billions of units… [and] nothing looks or behaves the way that this vaccine does,” McAtee, who spent ten years inspecting pharmaceutical products, tells Tassi. (The pack-line refers to the the line of workers who pack pharmaceutical products.) The Pfizer whistleblower adds that her colleagues had also “never seen anything like this product either.”

“It looked funny,” McAtee says, referring to the “vaccine” contents. “Meaning it came in Chinese bags and… a normal English-speaking American would not know what they’re looking at. Because everything was in Chinese and not properly marked for us here in America to validate these things.”

McAtee clarifies that the “solution” for Pfizer’s COVID “vaccine” was shipped to Pfizer from China. After the solution arrived, Pfizer workers performed the necessary subsequent steps—including compounding the solution, pouring it into “fill tanks” and sterile vials, etc.—in order to create the product that’s eventually shot into people’s arms. And while that may sound disturbing—and quite possibly should be disturbing—it does track with the fact that BioNTech, which partnered with Pfizer to create its COVID “vaccine,” also formed “a strategic development and commercialization partnership” with Shanghai-based Fosun Pharmaceutical “to advance [the novel injection] in China.”

Along with the anomalous blue glow and the Chinese origin of the “vaccine” solution, McAtee also observed higher-ups at her manufacturing plant “blacking out the windows” of various offices and other rooms used for the production of Pfizer’s COVID injection.

“[W]e are not supposed to be blacking out windows,” McAtee tells Tassi. The whistleblower adds that “You are supposed to be able to be seen at all times due to us having controlled products… [and that] blacking out the windows is a huge integrity thing.” McAtee notes specifically that the plant’s “Group Lead Office,” which “is simply a small room for paperwork to be done [for the pack-lines],” was also blacked out. “[There’s] no reason to black… out [this office] other than you just don’t want to be seen, essentially,” McAtee adds.

When the whistleblower approached her supervisors regarding the blacked-out windows, McAtee says one of them claimed it was so the FDA “can’t see [employees] napping,” and the other said that it was for “light tests.” McAtee notes the first explanation is “ridiculous” on its face, and the second doesn’t make any sense because some of the rooms blacked out were simply for handling paperwork.

Furthering McAtee’s disturbing concerns was a site visit from the Food and Drug Administration (FDA) that saw the regulatory agency completely shirk its normal responsibilities. The agency visited a week after McAtee saw the blackout over the windows go up, but she says that its inspectors “had zero observations within the plant, which means they found nothing wrong, which has never happened while I’ve worked there in [my] ten years.” The former Pfizer employee says that, previously, the FDA always found something to cite, whether it be gum-chewing in the wrong area or trash on the floor.

McAtee’s most incredible claim (arguably), is that there is “something alive” in Pfizer’s COVID “vaccine,” and that the reason the injections are kept at such frigid temperatures (between -112° and -75° Celsius according to McAtee, although CDC’s own storage and handling summary says it’s between -90° and -60° Celsius) is in order to keep whatever that something is from dying. “I could be wrong,” the whistleblower says, “but that’s definitely what I’m getting from a lot of other people coming forward with what they’re finding in these things.”

Indeed, Dr. Daniel Nagase, an ER doctor in Canada who’s looked at the contents of both Moderna and Pfizer’s COVID “vaccines” under an electron microscope (see more via the post embedded immediately above) says the cold temperatures required for the injections are “very, very unusual because no biologic reaction requires anything more than -20°[C] to be completely frozen in time.” On the contrary, Nagase says that what does require these ultra-cold temperatures is “advanced chemistry” reactions, such as polymerization reactions.

Interestingly, McAtee’s allegations against Pfizer exemplify what pharma insider Sasha Latypova has been describing in interviews for quite some time now. Latypova—who spent more than 25 years in the pharmaceutical industry during her career, working with over 60 pharma companies (including Pfizer)—has claimed that Pfizer’s COVID “vaccine” trials, as well as its manufacturing of the novel injections, has all be a “demonstration.” Literally. And, more importantly, legally. This is why Pfizer has been able to get away with the kinds of Good Manufacturing Practices violations that McAtee describes in this interview. (Hear more about what Latypova has to say on this issue via the embedded post immediately above.)

At one point in the interview McAtee discusses the idea that the COVID injections could be “the mark of the beast” as described in the Bible. That is, a mark that acts as a seal for the followers of the Antichrist. The whistleblower notes that she can’t be sure either way, but she believes that even if it is, “you can still repent of it.”