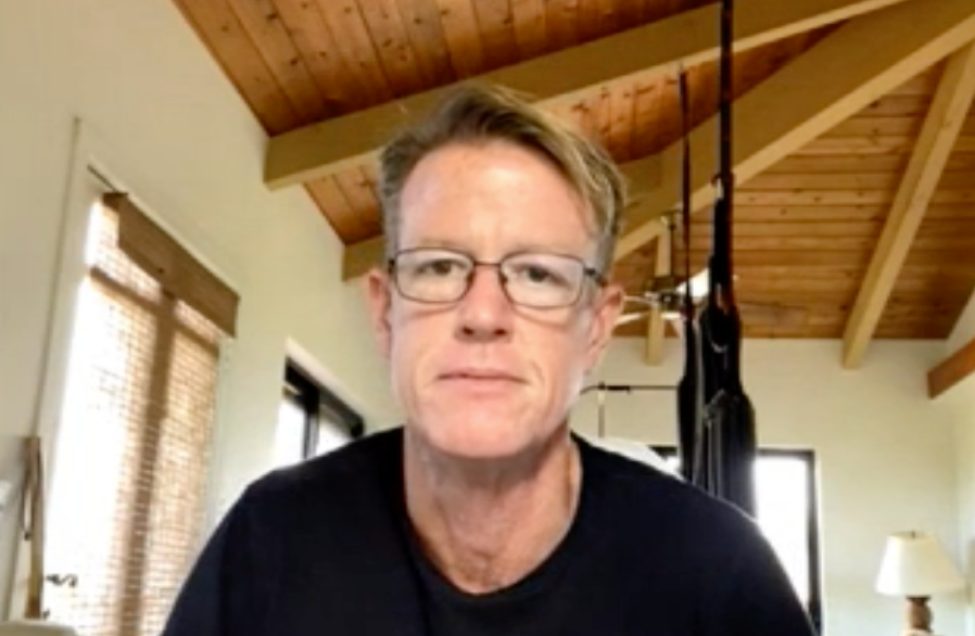 In this interview with Peter Mcilvenna of Hearts of Oak former BlackRock fund manager Edward Dowd says the Federal Reserve is attempting to “inflate… away” America’s $31+ trillion sovereign debt and that COVID vaccinated “bodies are piling up.” Dowd also says that the Euro as a currency is “done” and that “stagflation” is now hitting the US economy.

Few financial experts with impeccable credentials have been as concise and hard-hitting as Edward Dowd regarding the dissection of how COVID-19 was used as cover for the biggest monetary theft in world history. In a new interview with Peter Mcilvenna of Hearts of Oak Dowd—who has been nearly dead-on correct with his predictions of macro-scale events like our present recession and China’s increasingly obvious failure to overcome its demographic problem—says COVID vaccinated “bodies are piling up” and that the Federal Reserve is attempting to “inflate… away” the US government’s $30+ trillion debt. Dowd also says the Euro is “done.”

As in his previous interviews, Dowd highlights in this interview with Mcilvenna (immediately above) how the debt-based monetary system in the U.S. has functioned since the establishment of the Federal Reserve in 1913. In essence, Dowd notes the debt-based finance system is inherently fraudulent, because, as banks lend out money, they overheat certain sectors of industry once cheaply borrowed money becomes to easy to obtain. Dowd notes that the so-called “dot-com bubble,” for example, was one such instance of overheating. (Indeed it was preceded by record-low Fed interest rates.) The subprime mortgage real estate bubble that ended in 2008, likewise, was due to the Fed “taking away the punch bowl.”

Dowd notes an important fact in regards to that last bubble that few realize—the debt that was created by the 2008 real estate bubble did not disappear; on the contrary, it went onto the Federal Reserve’s balance sheet. As a result, Dowd says the U.S. government “kind of took over Wall Street.” He notes that “not one banker went to jail” and “there has been this cozy relationship between government and banking ever since.”

Fast forward to 2020 when Dowd says there was a “shock to the system” that the (enormously damaging and utterly ineffective) COVID lockdowns caused. That shock “was manmade and then quickly unmade” Dowd tells Mcilvenna, adding that the $2.2 trillion that was then introduced into the system by the CARES Act propelled the stock market to “crazy absurd heights into the end of 2021.”

Following the Federal Reserve putting out the punch bowl—which came just in time to save the $2-4 trillion repurchase or “repo” market from collapsing (read more about that via the post embedded immediately above)—“inflation started rearing its ugly head” due to both too much money in the system and bad government policy. Now, Dowd says the Fed’s “taken away the punch bowl” as we head into a recession, which “has never happened before.”

The result of the removal of easy money by the Fed (i.e. the increase in interest rates) means, according to Dowd, that Americans are going to suffer severely from so-called “stagflation”; meaning normal people will see the value of their assets decrease, while the prices of things like gas and food will increase—creating a perfect storm of bank-account busting that will garrote the country’s largely consumption-based economy.

This “disaster of epic proportions” means the “system is at an end,” Dowd says. Or at least “looming.” However, the former BlackRock fund manager notes the Federal Reserve is still attempting to use this inflation to “inflate… away” the U.S. government’s unthinkable debt. This “smacks of intentionality,” Dowd says, and will be played like a game; the goal: inflate away the debt without causing riots due to cost increases in everyday goods and services. (Listen to Dowd on that topic more via the post embedded immediately above.)

On the topic of the enormously dangerous COVID injections, Dowd says “they’re so unsafe that bodies are piling up all over the place.” Dowd has even gone as far as to author a book on the matter: “Cause Unknown”: The Epidemic of Sudden Deaths in 2021 and 2022.

At this point, Dowd says the major question that should be asked regarding the world economy is this: “Are we going to have a controlled implosion or a fast implosion?” And while he’s not sure which future we’re all in for, what he’s sure of is that “the social contract has been broken.” Meaning, inevitably, people will either not be able to earn a living (they won’t get paid at all), or inflation will grow to such monstrous heights that people’s paychecks won’t be worth enough to buy anything. Dowd adds “Again, it’s very coincidental… this [COVID] vaccine [is] as deadly as it is and as disabling as it is.” There’s also the whole infertility phenomenon being caused by the vaccines, which Dowd doesn’t mention, but is obvious, profound, and explained in more detail via the post embedded immediately above.