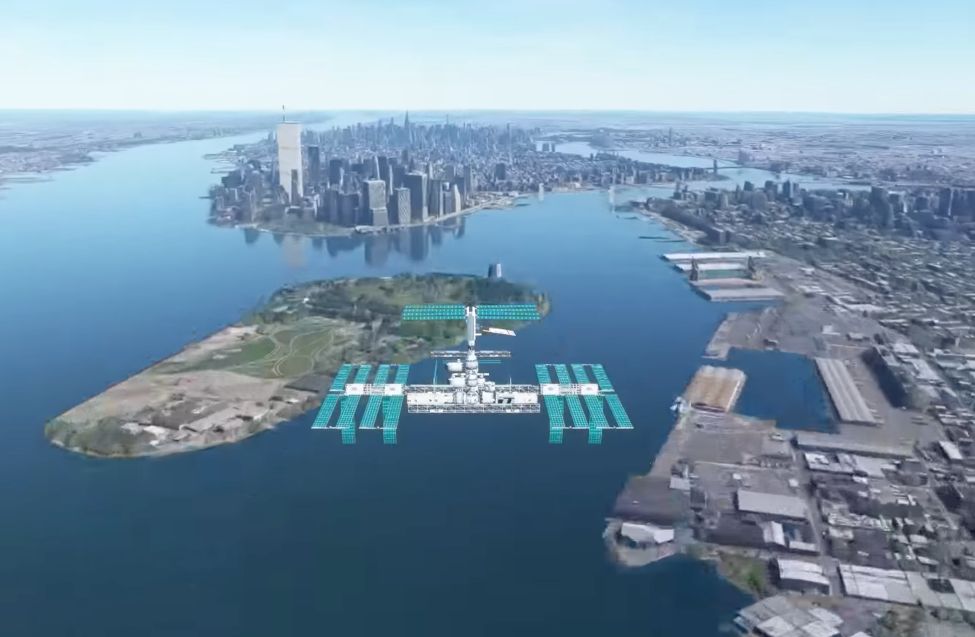 In one of his latest videos YouTuber Airplane Mode uses Microsoft Flight Simulator to show what it would look like if the International Space Station—which travels at a speed of 17,150 mph—orbited just 10,000 feet above Earth’s surface.

YouTuber Airplane Mode—a.k.a. Benjamin Granville—is great at offering something we all need from time to time: perspective. Specifically in regards to just how fast flying crafts move by having them fly abnormally close to ground level. In one of his latest videos Granville shows what it would look like to have the International Space Station (ISS) orbit Earth at just 10,000 feet above ground level; something that makes the spacecraft’s 17,150 mph speed seem truly unreal. And, perhaps, a bit nauseating.

In Granville’s video—which he made using Microsoft Flight Simulator—we first see the ISS as it flies by from the perspective of somebody standing still on Earth. The spacecraft, which is approximately 356 feet wide (looking at the craft topdown, measuring the length between its most distantly spaced solar panels) zips by so quickly every time it appears and disappears it’s truly a “blink and you’ll miss it” moment. The ISS appears to be moving so fast from this perspective, in fact, you can even miss it when not blinking.

At around the 23-second mark in the video Granville switches us from a stationary, ground-based point of view to the point of view of somebody aboard the ISS. This point of view, which sees Earth pass below the ISS at a rapid clip, shows us what it would be like to move at the space station’s real speed, but an unreasonably low altitude. For reference the ISS usually orbits around Earth at about 1,341,120 feet (or 254 miles) above the planet’s surface.

As the ISS flies above the ground at an altitude that’d be familiar to skydivers, mountains, the ocean, and even New York City rush by so quickly you get the sense the spacecraft could circle Earth in a matter of minutes. Which is almost true, as it takes the ISS about 90 minutes to circle the globe.

Along with this ISS simulation, Granville has also put together a bunch of other stellar—and moderately barf-inducing—virtual demonstrations of ridiculous speed. Including this one of a plane flying at Mach 50 (or 37,054 mph) between Los Angeles and New York City. Unfortunately, however, it seems that not even in Microsoft Flight Simulator can somebody move through the TSA line at any pace faster than a dragging, “I wish I were dead” crawl.