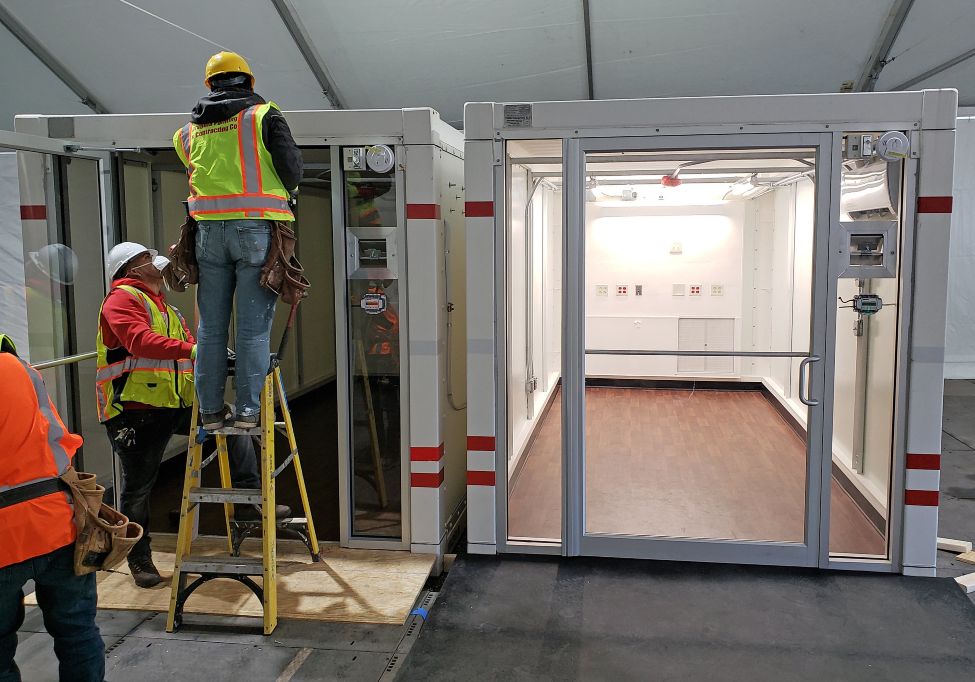 In a new conversation with Australian interviewer Maria Zeee an anonymous whistleblower from the Federal Emergency Management Agency (FEMA) claims the “next plandemic” will occur within the three-to-six-month period following early January 2023. The FEMA whistleblower, who remains off camera and with a distorted voice during the conversation, also says that 5G towers (or, in his words, “death towers”) will be used—specifically as directed-energy weapons—to cause illness.

In a new conversation with Australian interviewer Maria Zeee an anonymous whistleblower from the Federal Emergency Management Agency (FEMA) claims that the “next plandemic” will occur within the three-to-six-month period following early January 2023. The FEMA whistleblower, who remains off camera and with a distorted voice in the interview, also says that 5G towers (or, in his words, “death towers”) will be used—specifically as directed-energy weapons—to cause illness.

According to Zeee the anonymous FEMA whistleblower—who goes only by JD—has been working for the government agency for 12 years, and working in “respiratory care” in general for 19 years. Zeee says she’s vetted the whistleblower and has “come to know JD through some very, very trustworthy contacts.”

The interview kicks off with a discussion of FEMA’s history and how it was originally established in 1979 as an independent agency, but now falls under the purview of the Department of Homeland Security (DHS). The DHS, which was created in response to the 9/11 attacks, united FEMA and 21 other organizations in 2003 under its command.

Because FEMA is managed by the DHS, JD says that he and his colleagues “do… whatever we’re asked to do” by DHS overseers. Particularly over “the last two or three years,” during which time the DHS has behaved as a “command operation center.”

Following a review of FEMA’s place within the government, Zeee and JD discuss “FEMA camps,” which the whistleblower says the agency has been building “for decades.” And “with no indication” as to what they’re being built for.

“Just recently,” JD tells Zeee, FEMA has built “a large mass of these buildings” and he has no idea what the buildings are to be used for. “They can do [the camps] at a moment’s notice” JD says, adding that FEMA also commonly builds mobile camps.

It’s not FEMA itself that necessarily operates the camps, however. “[I]t’s the other government agencies and FEMA [just does] the bidding of [whoever] that may be,” JD says. Regardless of how they will be used, however, it will be “under the guise of health.”

Legally, JD highlights the fact that every state has a quarantine law, which would allow authorities to capture people in these camps under the auspices of preventing another “biological disaster”—that’s a legal term—like COVID-19. (If such a disease ever existed.)

Speaking of which, JD says that FEMA “had death certificates from all over the states—every state in this country—[and]… paid up to $9,000 for each death.” JD adds that, with COVID, “we are actually killing our own and then paying the families for it.” He even says that people supposedly dying of COVID are actually dying because of treatments like Remdesivir causing septic shock and renal failure. “It has nothing to do with COVID,” JD says. “It’s the protocol.”

“the protocol and military medical martial law is happening right now every minute in the hospitals. The protocol has not changed—that’s what people need to understand. That protocol is still the same. Biden renewed [the national emergency proclamation] again. And… the doctors… they will stick to the protocol that Fauci put down from the NIH and… if [patients] refuse Remdesivir, there’s like nine other drugs [that can be used as death agents]. And what [Remdesivir, etc.] does is it stops their organs and their bodies fill up with fluid and then [doctors] vent [ventilate] them and then they die. And it’s not from COVID… I mean these are factual things that we know of that’s happening right now.”

“We sent more than $2.6 billion dollars to applicants, and [there were] over half-a-million applications,” JD says. He adds that “people are not actually dying from COVID… .”

JD highlights the fact that FEMA also behaves as a propaganda-type arm for the government. He says the agency does something called “social listening,” wherein agency employees “will go out on social platforms, and they will look and see what the reaction [to non-pharmaceutical interventions] is from the public.” Indeed, FEMA discusses its “social listening” strategies openly in front of the public. In the video immediately below, for example, we hear about how over “the past few years” FEMA has invested in “building a robust social listening team” that, in part, “[identifies] rumors, misinformation, or emerging hot topics” and also “[identifies] or confirm[s] operational needs.”

The “social listening teams,” JD highlights, are focused on helping people to “buy into” non-pharmaceutical interventions (or NPIs) if local authorities experience resistance to “widespread adherence.”

JD also points out the fact that all health facilities were made part of law enforcement in 2006 by the Department of Justice (DoJ). This is why JD says there is a “military-medical martial law” in place. He says, more specifically, this martial law is due to the World Health Organization’s declaration of a Public Health Emergency of International Concern or PHEIC. JD mispronounces the acronym as “flek” in the interview, but it’s actually pronounced “fake.” Literally—hear proof of that fact via the post embedded immediately below.

JD notes that since the declaration of the PHEIC in 2020 we have been under “military medical martial law” and “every governor relinquished control over to the secretary of [the HHS].” Because of this martial law, when a person goes into a hospital, JD says, “your rights are gone.” And if a loved one tries to get you out against a hospital’s wishes, even with the help of a sheriff, it is not possible.

At around the 22:00-minute mark in the video JD discusses “another plandemic [that] is coming in the next 3 to 6 months… .” He refers to it as “another scare… just like COVID” and says that it may take the guise of “Ebola, Marburg, another coronavirus or whatever it is going to be… .” (Marburg is a rare but severe hemorrhagic fever which affects both people and non-human primates.)

JD says that according to “intel” that he has as well as intel “received from other former military credible sources” another “plandemic” is coming the next three to six months. “[A]nd we believe [it will be catalyzed by] 5G towers, the light source, the direct energy [sic] weapons, something of that nature.” JD says the towers “are everywhere” and that they are “medical warfare weapons.” He goes on to quote microbiologist and nutritionist Dr. Robert O. Young, who’s said in regards to COVID-19 that what people think is a virus (SARS-CoV-2) “is in reality transmissions of directed pulsating microwave radiation that can lead to pathological coagulation, oxygen deprivation, heart failure, and death.” (Other scientists have also claimed this is the case; read more on that via the post embedded immediately below.)

“So all these cell towers, or what we refer to as death towers, or weaponized death towers, are like having 300,000+ microwave ovens on top of a stick,” JD says. “[W]ith the flick of a switch, everything in the direct energy’s path would be fried like a frog in water. And cooked to death in a few minutes.“

On that note, Zeee references the fact that the WHO is now in the midst of researching the “potential cancer risks” of 5G radiation. And although it is not mentioned directly in the video, also note that 5G radiation is “beamforming.” Beamforming, according to metaswitch, “is the application of multiple radiating elements transmitting the same signal at an identical wavelength and phase, which combine to create a single antenna with a longer, more targeted stream which is formed by reinforcing the waves in a specific direction.” Beamforming 5G is, according to some, indeed physiologically harmful.

JD goes on to reference a FEMA “biological pandemic crisis action plan” with a five-year time horizon that says in 2023 there will be another pandemic. JD says he expects the new “pandemic” to unfold before the fourth quarter of 2023 and says that “whenever they [FEMA, et al.] do these plans, they usually come to fruition.” The whistleblower also says that “other countries across the Pond” have contacted FEMA about this plan.

Ultimately, JD pegs COVID and any upcoming “plandemic” on an attempt to implement the so-called “New World Order.” And while that may sound especially outlandish, note that the spread of disease has always been a part of the New World Order’s plan to shrink and control humanity. A plan laid out in detail back in 1940 by H.G. Wells, which you can read via the post embedded immediately above. 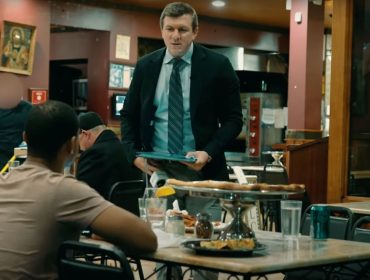 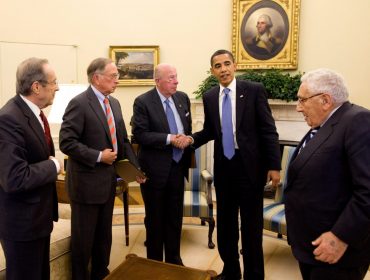 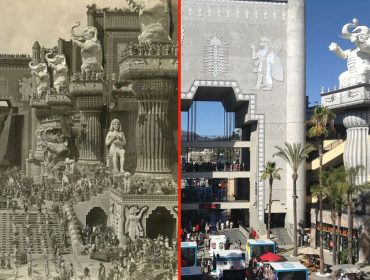 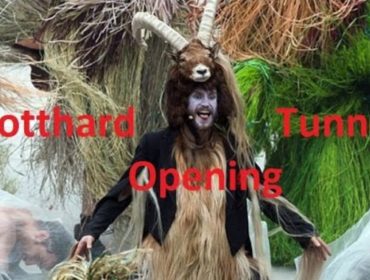 Here is a look back at the bizarre opening ceremony for the Gotthard Base Tunnel in Switzerland, which featured occult symbolism including a sacrificial... 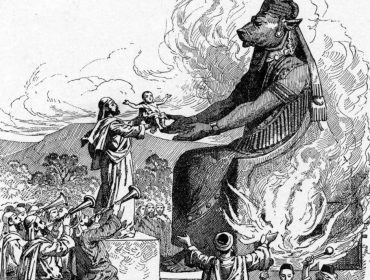 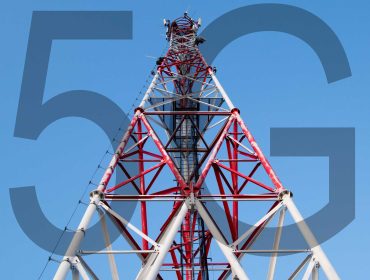