Newly released Pentagon documents say there have been 45 cases of “human observers” being burned or otherwise injured by “anomalous advanced aerospace systems” that “are already deployed, [yet] opaque to full US understanding.”

Thanks to a Freedom of Information Act (FOIA) request from The Sun—apparently in the works for four years—the Pentagon has released 1,500 pages of secret documents from a “shadowy UFO program,” the Advanced Aviation Threat Identification Program (AATIP), which ran from 2007 until 2012. Amongst the trove of documents The Sun has now highlighted one report titled: “Anomalous Acute And Subacute Field Effects on Human and Biological Tissues.” In the report, government officials describe how “anomalous advanced aerospace systems are already deployed, and opaque to full US understanding.”

“This paper relates, summarizes, and analyzes evidence of unintended injury to human observers by anomalous advanced aerospace systems,” the report’s summary states; highlighting three serious instances of anomalous injury as well as 42 “less dramatic” ones. “Additionally, an argument is made that the subsequent work can inform (e.g., reverse engineer), through clinical diagnoses, certain physical characteristics of possible future advanced aerospace systems from unknown provenance that may be a threat to United States interests.”

The report even goes on to note that “Analysis of clinical diagnostic codes together with environmental conditions observed during anomalous events are clustered in meaningful ways” and that “The medical analyses while not requiring the invention of an alternative biophysics, do indicate the use of (to us) unconventional and advanced energy systems.”

“It is also known that EMR mechanisms can disrupt physiological and psychological functioning on a
temporary basis. Emerging data support that some of the chronic low-level effects alter the ability of cells to function properly due to epigenetic effects (damage to the DNA / RNA protein regulatory pathways, independent of chromosome disruption), and simultaneously alter the metabolism of dividing cells of (especially) the neuroimmune system. The same holds true for exposure to toxic chemical, biological, or nuclear materials.”

Aside from one anecdotal incident describing “a citizen… who believed he was being targeted by the United States Government with harassing field effect weapons”—who was ultimately deemed to be psychotic, but, incredibly was able to produce a legitimate “unclassified US Government document that described precisely and accurately the nature of the [dangerous electromagnetic] Field Effects”—it doesn’t appear the report actually describes any anecdotal examples of people actually having encounters with any “anomalous advanced aerospace systems,” let alone any Unidentified Aerial Phenomena (UAP). Aside from very scantly available (in this report) instances of people having interactions with “anomalous vehicles” and the aforementioned “anomalous advanced aerospace systems.”

The report states that, in summary:

“[T]he evidence is solid that the military and aerospace industries’ own classified, proprietary and unclassified literature [that], as well as the certain evidence of many aerospace RF-related microwave, antenna-related, high power (HP) microwave, infrasonic / sonic, and thermal (from any source) energy deposition accidents [vide infra], is congruent with the anomalous vehicle reports. This means that one can not discount the claimed and often observed injuries as being real-world (although current and likely advanced beyond public information) technologies, and which are causes of these effects and injuries.”

In the report’s appendices the authors highlight a 1996 report by John F. Schuessler that covers the time period 1873 -1994 and summarizes 356 selected cases of “UFO-induced physiological effects on humans during close encounters.” Immediately above is a compilation of the “frequency distribution” of these effects according to the ’96 report.

Along with the injuries from anomalous advanced aerospace systems, The Sun reported “The DIA, the Department of Defense’s spy arm, said ‘some portions’ of the documents ‘must be withheld in part’ due to privacy and confidentiality concerns but that the ‘DIA has not withheld any reasonably segregable non-exempt portions of the records.'”

The Daily Mail says the report above “was written for the secretive AATIP program, the existence of which was revealed by whistleblower and former head of the program Luis Elizondo [in 2017].”

Offering his thoughts on the topic to The Mail, Elizondo said that “I’ve got to be careful, I can’t speak too specifically, but one might imagine that you get a report from a pilot who says, ‘Lue, it’s really weird. I was flying and I got close to this thing and I came back home and it was like I got a sunburn. I was red for four days.'” Elizondo added that if another pilot “had got a little closer, [they’d say] ‘Lue, I’m at the hospital. I’ve got symptoms that are indicative of microwave damage, meaning internal injuries, and even in my brain there’s some morphology there.'”

It should also be noted that, in 2018, The Black Vault recovered another DIA report thanks to a FOIA request. In the report, the DoD’s “spy arm” notes a list of scientific avenues being explored at universities and elsewhere. The avenues include things like “Field Effects on Biological Tissues,” and “Invisibility Cloaking.” The report also references “Pulsed High-Powered Microwave Technology” and “BioSensors and BioMEMS.” To gauge the validity of the DIA’s report, Sense Receptor looked into that last area of research. Indeed, Dr. Bruce Towe at the University of Arizona is “applying electronic and principles of physics to the design of biomedical devices and particularly microelectronic devices targeted for implantation” even as this report circulates. 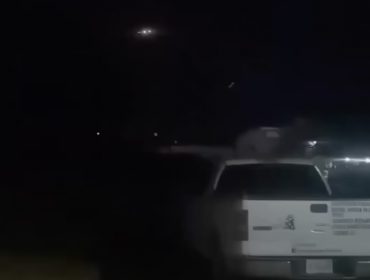 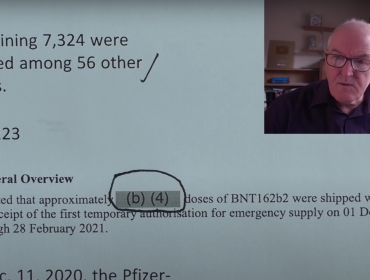 In a new viral video retired nurse and YouTuber Dr. John Campbell takes a detailed look at the newest batch of documents released by...