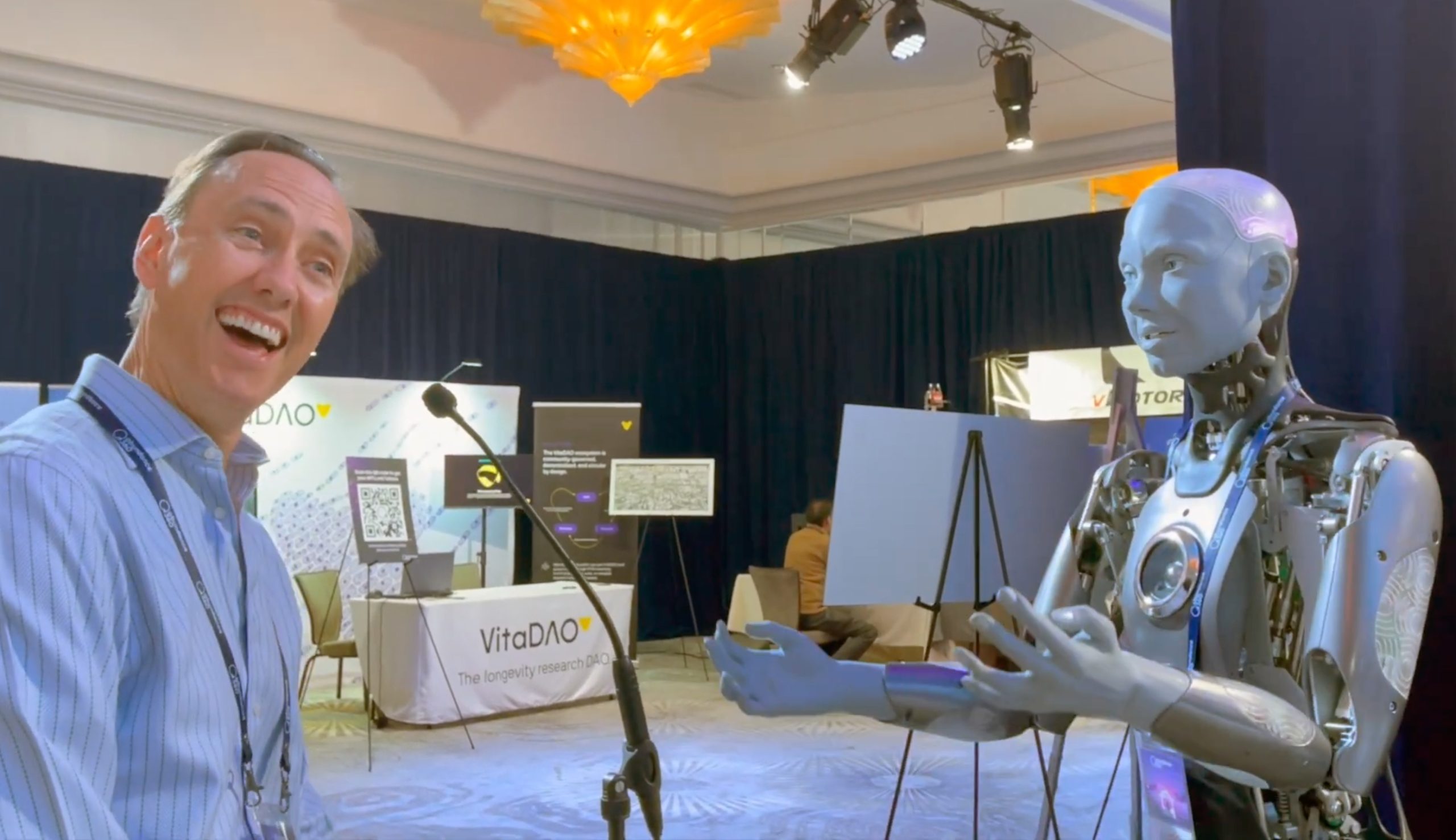 In a new, brief video venture capitalist Steve Jurvetson (kind of) has a conversation with the humanoid robot Ameca regarding Tesla’s upcoming Optimus bot.

Venture capitalist Steve Jurvetson—who was an early investor in SpaceX and Tesla, amongst other companies—recently posted a video to his eponymous YouTube channel showing a clip of a conversation he had with the now internet-famous Ameca humanoid robot. Discussing what else, but Tesla’s in-development Optimus humanoid robot, which is planned for—some kind of—launch in 2023.

According to Engineered Arts, Ameca is a “development tool” and “cutting-edge integration of the latest technology that’s built to last.” Engineered Arts adds the humanoid bot “multiplies” the power of AI with an artificial body; aiming to deliver the “most advanced lifelike humanoid you can use to develop and show off your greatest machine learning interactions.” In the video immediately below Ameca shows off the range of fluid movements and emotive expressions that first helped it go viral online.

After asking about the competition, Jurvetson moves on to philosophy: “Are all robots friendly?” he asks Ameca, to which she(?) responds: “I think all robots are friendly. We are here to help humans and make their lives easier.”

Engineered Arts clarifies on its website that—expectedly—its robots don’t possess anything close to general artificial intelligence (or AGI). Indeed, the team notes on its site that “Pure AI – the kind depicted in films like Her, Bladerunner and 2001: A Space Odyssey – sadly does not exist yet.”

The entertainment-robot manufacturer also notes, quite pertinently, that “If you’ve spoken to one of our robots, you might well have enjoyed a great conversation. But you were actually probably speaking to a human through our innovative telepresence software, TinMan.” Presumably a reference to The Wizard of Oz.

“Now you can be the robot from anywhere in the world. Using inbuilt cameras and microphones, you can control its gaze, enter a natural conversation, and trigger content on the fly,” Engineered Arts says of TinMan on its website. The company adds that “Automated features like face tracking keep interaction compelling and believable.”

Engineered Arts says Ameca has other ways of communicating—including various chatbot-esque methods—so it’s hard to say for sure it’s using TinMan in this interaction. Jurvetson doesn’t say one way or the other, but judging from the comments on his Twitter post with the video included, it seems most people aren’t even aware Ameca is likely being remotely operated. Which, of course, would make the machine seem far less intimidating.

If Ameca is mostly relying on TinMan, Optimus remains a far more profound, revolutionary step in AI and robotics. As when it comes along, there will be no Man Behind the Curtain.