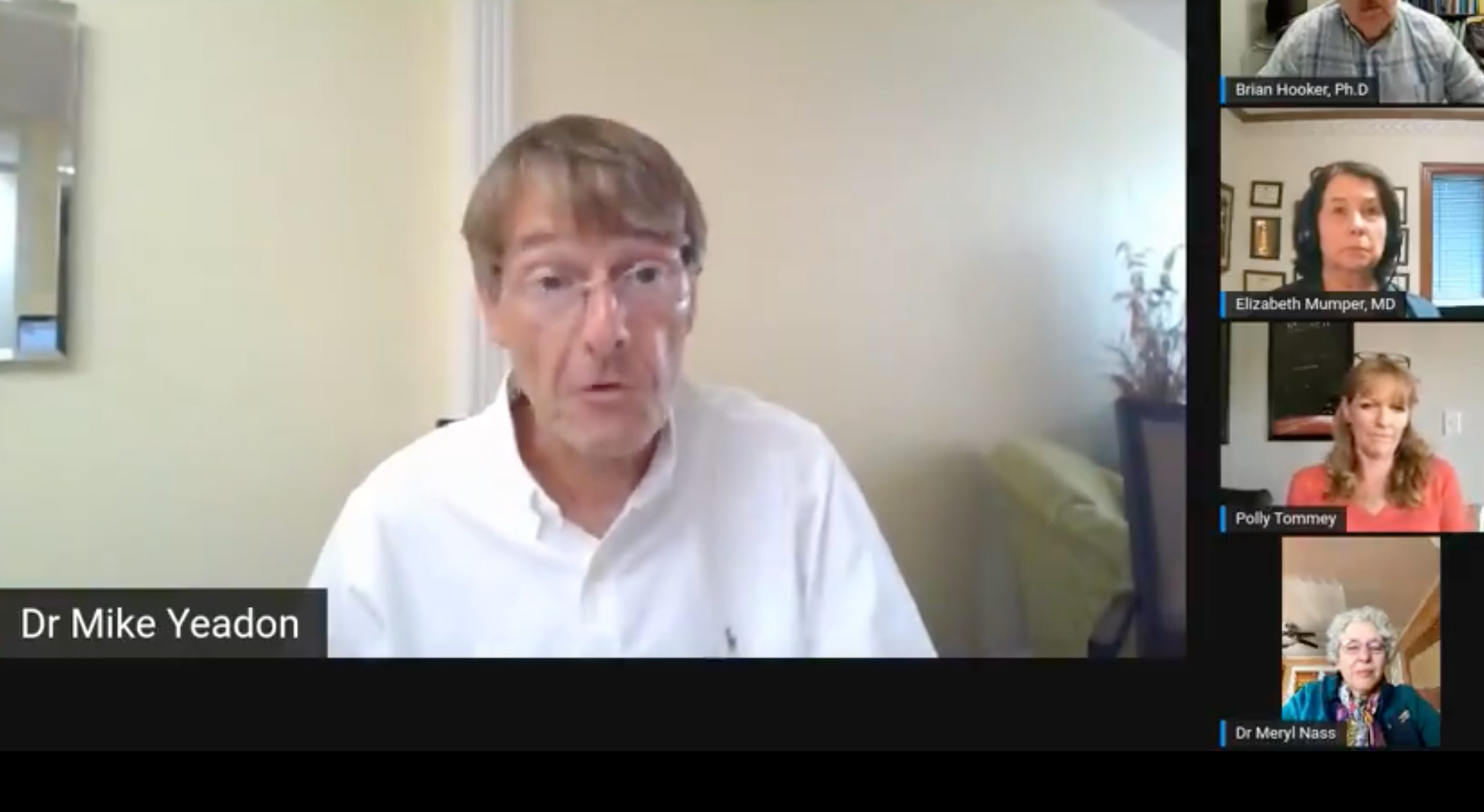 In a new interview with the Children’s Health Defense Fund former Pfizer Vice President Dr. Michael Yeadon says Pfizer’s mRNA production process is “hopelessly inadequate” and that the CDC and FDA are “frauds, liars, and cowards.”

Dr. Michael Yeadon, a former Vice President at Pfizer, as well as a PhD in both biochemistry and respiratory pharmacology, continued on his quest to inform people of the dangers of the COVID-19 “vaccines” in a new interview with the Children’s Health Defense Fund (CDF). In the interview Yeadon says the way Pfizer produces its mRNA injections is “hopelessly inadequate,” and that “if you get too much [mRNA encoding for the spike protein] or if it goes in the wrong place, it could injure or kill you.”

In the hour-long interview (above) Yeadon provides his point of view on everything from masks to lockdowns to asymptomatic transmission. And, most pertinently, his thoughts on the dangers of the COVID-19 injections; particularly in regards to how Pfizer is producing its BNT162b2 product.

“When I first heard they were going to do vaccines… I said this is ridiculous,” Yeadon says. “It’ll take them far longer to get through the trials than the disease will last. Of course little did I know, they weren’t going to bother to do normal quality assurance, safety, pharmacokinetics, pharmacodynamics, extended safety, reproductive [toxicology], they really didn’t bother with any of that.”

Yeadon adds that “They really have done almost no testing at all. They literally manufactured it in a lab—badly—the mass manufacture of these materials is so appalling that the people in the regulatory authorities that gave them the thumbs-up are criminals and I hope they’re suffering every time they look in the mirror.”

The former Pfizer VP notes that his former employer has exercised “hopelessly inadequate control of what’s called drug substance; that is the manufacture of the mRNA itself.” Yeadon says the problem for Pfizer is that “You can’t make [mRNA vaccines] consistently.”

Yeadon goes on to explain:

“So sometimes it’s the right sequence, sometimes it’s slightly different. Some parts of it are what’s called truncated; it’s not full length, not in the right concentration in the vial, and that’s before they move through all the formulation steps. When they did that with the Pfizer one, sometimes half of it would vanish. So the amount in each vial at the end was so erratic you might as well have left a preschool child splashing fluids into [them]. And yet these things are biologically active. And if you get too much or if it goes in the wrong place, it could injure or kill you. That’s what you government [has allowed] you to be injected with.”

“There isn’t that much virus in [the] blood of infected people,” Yeadon says, adding that if you inject it, however, “some of it definitely goes into the blood and into the lymph system.”

As for masks, Yeadon says “to be honest, I’m not convinced that even N95s will do anything,” although he says “they might.” He reasons they’re likely not too effective as they are often poorly fitted and collect moisture from breath very rapidly, decreasing their efficacy. “In a few minutes the thing is saturated; within five minutes it’s probably as wet as can be,” Yeadon reasons.

Yeadon also highlights the hospitals as being a key source of death for those sick with COVID-19. “I think [people] were actually being murdered with midazolam and morphene,” the expert says, adding that “people were treated to death in British and American hospitals.”

Regarding the world’s pandemic response in general, Yeadon says “I’m certain we’ve drawn the pain out. Because we didn’t need to do anything other than say ‘look out folks, looks like there’s a new virus on the scene.'” Yeadon notes that “by February we had a natural experiment; an inadvertent one called the Diamond Princess cruise ship.” Indeed, the Diamond Princess Cruise ship served as a natural petri dish showing a relatively low infection fatality rate (IFR) and no deaths amongst the relatively young crew.

The PhD in respiratory pharmacology adds the “classic death” from respiratory viruses would be “somebody who is of great age—70s, 80s, frail, [with] several other diseases that have probably laid them low…and then they get acutely ill on top of that.” Yeadon adds in the interview that COVID-19’s IFR is “well within the range of normal seasonal flu.”

“Be under no misunderstanding; there is a conspiracy at a supranational level,” Yeadon says. The conspirators have done all of this—the pandemic and subsequent injection scheme—to “give them control” according to Yeadon. As for advice on how to deal with this gargantuan, worldwide issue, Yeadon says “you definitely should be protesting. This… is not going away without us protesting.”

You can watch more interviews with Dr. Michael Yeadon here. He discusses, amongst other injection-related topics, how the Vaccine Adverse Event Reporting System (VAERS) reports seem to be varying significantly in terms of frequency batch by batch. 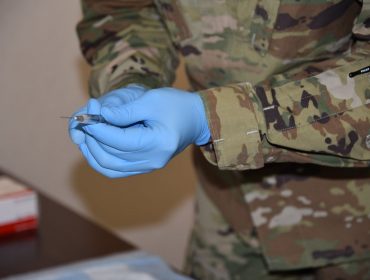 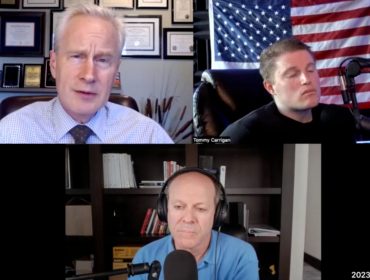 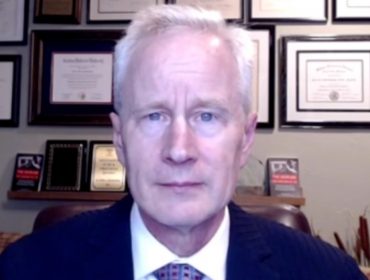 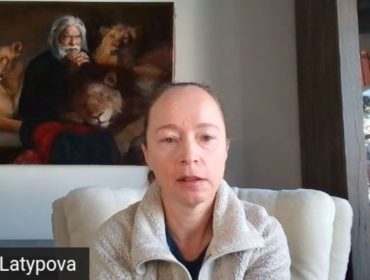 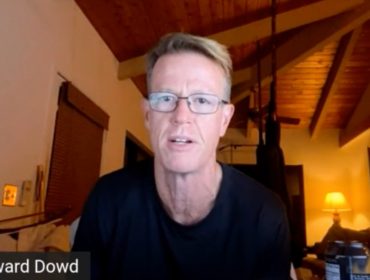 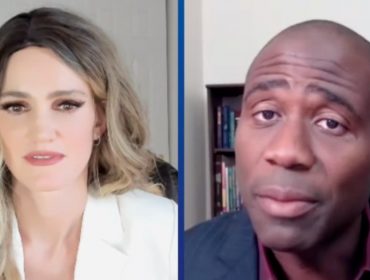