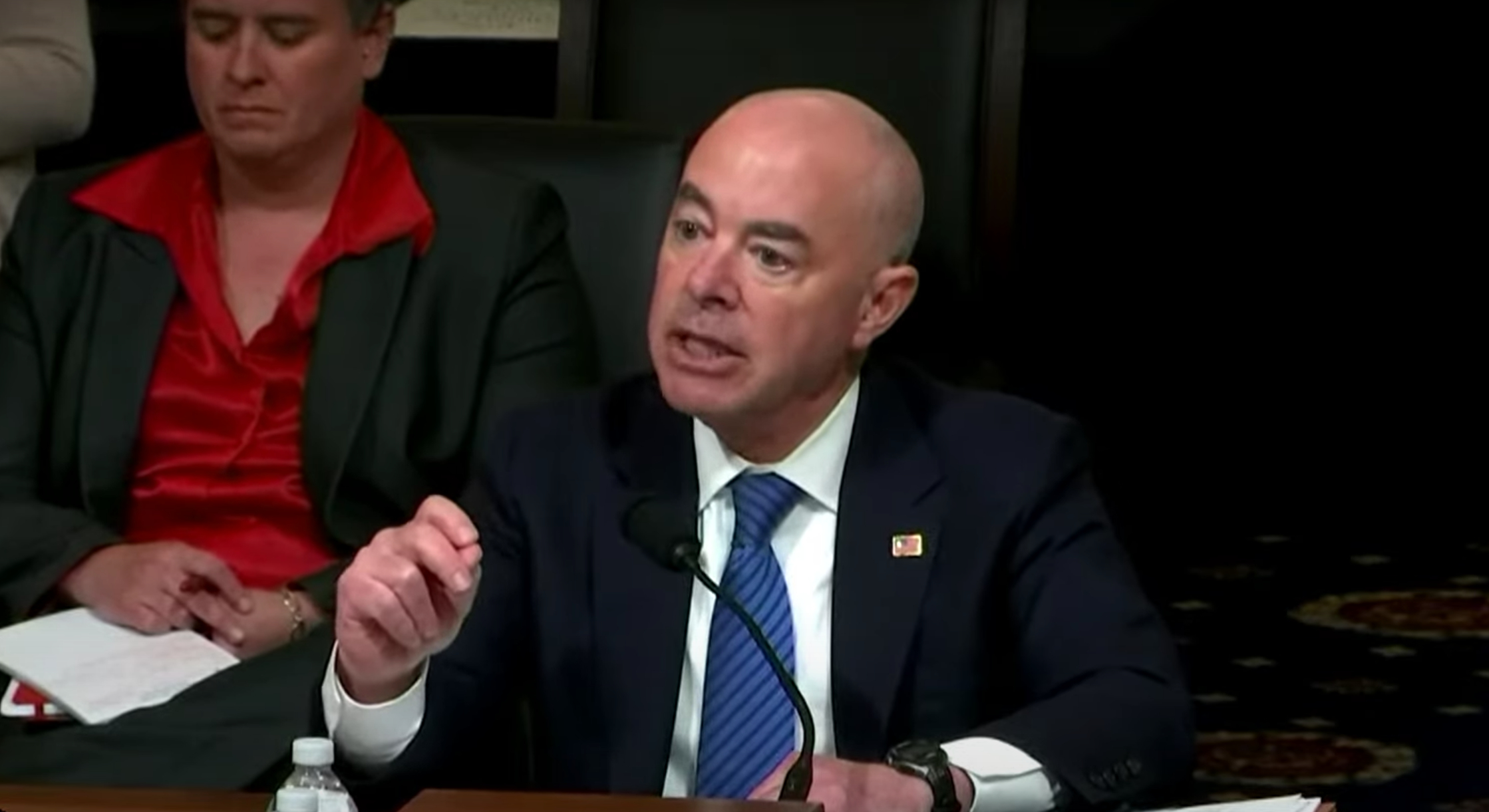 Department of Homeland Security Secretary Alejandro Mayorkas said during recent testimony before the House Appropriations Subcommittee that the DHS has “just established a mis- and disinformation governance board.”

Appearing before the House Appropriations Subcommittee to defend the 2023 budget for the Department of Homeland Security (DHS), DHS Secretary Alejandro Mayorkas said the Department has “just established a mis- and disinformation governance board” to “more effectively” combat supposed disinformation campaigns; especially in regards to supposed Russian interference in American elections.

“[T]his is one of our priority areas and as a matter of fact just a few weeks ago I engaged with secretaries of state from all over the country to focus our efforts on election security,” Mayorkas told Rhode Island congressman James Langevin (around minute 54). Langevin had asked him what the DHS was going to do “to shore up election security from Russian cyber-interference, and give confidence to the committee and the American people that we’ve got this, and we are ready to protect and defend our electoral process.”

Mayorkas went on to note that:

“We are disseminating information to the secretaries of state. We are counseling them, and providing resources to ensure better physical security. We are addressing all aspects of election security, given, of course, the mid-term elections that are upon us, and the fundamental integrity of our democratic processes that is at stake.”

Politico, which initially reported on the establishment of the new “governance board,” reports that “disinformation fellow” at the Wilson Center Nina Jankowicz will head the new board. Jankowicz took to Twitter to confirm the announcement, noting that the “Cat’s out of the bag: here’s what I’ve been up to the past two months, and why I’ve been a bit quiet on here.” She added that she’s “Honored to be serving in the Biden Administration [DHS] and helping shape our counter-disinformation efforts.”

Jankowicz, who offers a bio on LinkedIn, says she “studies the intersection of democracy and technology in Central and Eastern Europe as the Disinformation Fellow at the Woodrow Wilson International Center for Scholars,” and “has advised the Ukrainian government on strategic communications under the auspices of a Fulbright-Clinton Public Policy Fellowship.”

Jankowicz adds that “Prior to her Fulbright grant in Ukraine, [she] managed democracy assistance programs to Russia and Belarus at the National Democratic Institute for International Affairs.”

In a January 2022 interview with BBC News, Jankowicz highlighted her distaste for Russia, noting Russia’s invasion of Ukraine is “Russia’s conflict. Russia has instigated it, Russia has invaded before and annexed illegally the peninsula of Crimea, and now this instigation is being totally controlled by Russia and Russia is the one that has the power to bring it back.”

Jankowicz went on to note in the BBC interview that:

“[W]hat we’ve seen is an uptick in rhetoric that NATO and Ukraine are being aggressors; now, that is not gaining much purchase within Russian society, but we’ve seen Russian officials repeat this over and over and we’ve just heard that Jens Stoltenberg say before we began speaking that NATO is a defensive alliance, right? There’s no threat to Russia from NATO being on six percent of the Russian border. And this is a fabricated conflict that Russia is using to try and boost the popularity of the Putin regime at home.”

Jankowicz has many other videos online, including one calling for people to practice “informational distancing.” In that video (immediately above), Jankowicz encourages people to “[recognize how] disinformation and misinformation often run on emotional manipulation.” She tells people that “when you feel your emotion rising, just walk away from your device for a little bit, let yourself cool down, and then start to consider the source; why does that particular source have an interest in emotionally manipulating you? Is it a credible source? Has that journalist or that author written about this stuff before, do they have the credentials to do so?”

Many people online are now speculating—based on the timing of the announcement—that the Department of Homeland Security established this governance board because of Elon Musk’s recent purchase of Twitter. There is no spoken link between the two—Mayorkas didn’t highlight Twitter or COVID-19 when discussing the governance board—although one may develop in the future.