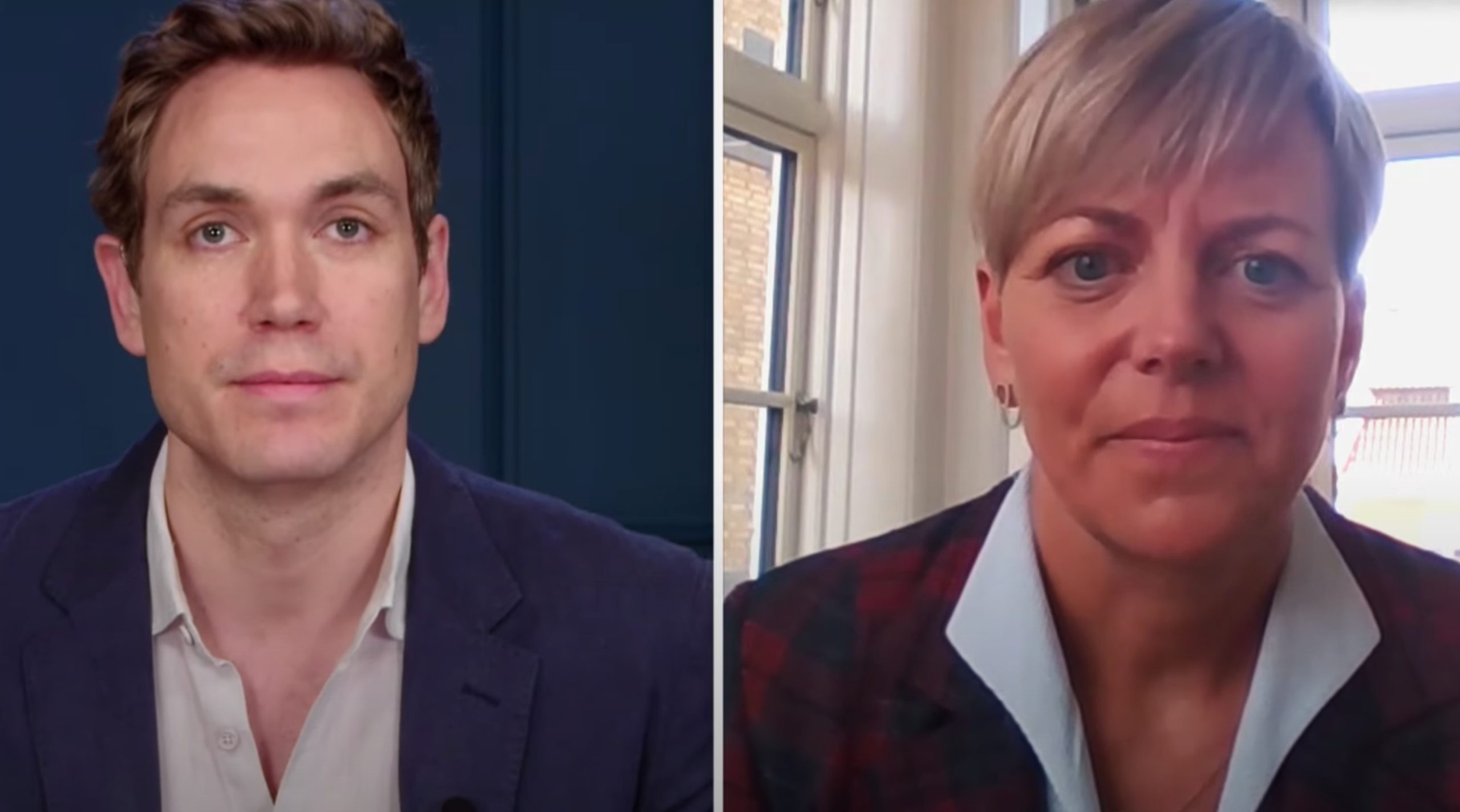 In an interview with Freddie Sayers of UnHeard Professor of Global Health at the University of Southern Denmark Christine Stabell Benn says her data suggest the COVID-19 mRNA “vaccines” have no effect on all-cause mortality, and present a “cardiovascular danger signal.”

In a new interview with Freddie Sayers of UnHeard—a media platform that aims to “push back against the herd mentality with new and bold thinking”—Professor Christine Stabell Benn describes the findings of her latest paper, a preprint with The Lancet, showing the COVID-19 mRNA “vaccines” have no statistical effect on all-cause mortality. Furthermore, Stabell Benn says the mRNA injections—i.e. the Moderna and Pfizer “vaccines”—are clearly associated with a “cardiovascular danger signal.”

In her interview with Sayers (above) Stabell Benn, an MD, PhD, and Doctor of Medical Science, begins by discussing the idea of “non-specific effects” (or NSEs) of vaccines in general. NSEs refer to “the off-target effects” of vaccines, which can be positive or negative. Beneficial NSEs would be improved immunity to other infection types aside from the one targeted with a particular vaccine. Negative NSEs would cause the inverse effect—that is, protecting a vaccine recipient from the target disease, but making them vulnerable to other diseases via degradation of the innate immune system.

“[It’s] a surprise to most people… that none of the routine childhood vaccines were introduced following studies that had shown that they actually impacted on all-cause mortality. So the system for testing vaccines is set up based on the current understanding of vaccines, that they only work against the vaccine disease. So it’s not set up to monitor if a vaccine could actually affect the risk of dying from other infections or other diseases.

“So none of the routine childhood vaccines were investigated prior to their introduction for their effect on overall mortality. And nobody bothered to investigate it because it seemed so logical that the effect on the all-cause mortality would be completely proportional to the deaths that were prevented from… the [vaccine-targeted] disease.”

Regarding her new preprint filed with The Lancet—dubbed “Randomised Clinical Trials of COVID-19 Vaccines: Do Adenovirus-Vector Vaccines Have Beneficial Non-Specific Effects?”—Stabell Benn says she and her colleagues wanted to account for possible NSEs in the context of the COVID-19 “vaccines.” To do so, the authors looked at all-cause mortality in the clinical trials—which the “vaccine” makers presented to the FDA and other health agencies in other countries in order to earn emergency use authorization for their products.

“We just took the reports where they had followed people for as long a time as possible before they started vaccinating controls,” Stabell Benn tells Sayers. The lead author and her team compared the number of deaths in the unvaccinated and vaccinated arms of Pfizer’s clinical trial and Moderna’s, as well as three adenovirus-vector vaccines; including the ones made by Johnson & Johnson, AstraZeneca, and Gam-COVIDVac (or Sputnik), which is the COVID-19 vaccine out of Russia.

Stabell Benn et al. specifically looked at randomized controlled trials (or RCTS) with both vaccinated and unvaccinated arms for both the mRNA vaccines and the adenovirus-vector vaccines. The authors looked at two major RCTs for the mRNA injections and five RCTs for the adenovirus-vector ones. Stabell Benn notes she and her team specifically looked at all-cause mortality “while the randomization was still intact” between different groups; that is, before the pharmaceutical companies behind the “vaccines” vaccinated the placebo arms of their studies, making a study of the long-term effects of the injections impossible.

As for results, the authors note “The two major RCTs of mRNA vaccines, produced by Pfizer and Moderna, included 74,193 adults (>16 or >18 years of age) among whom there were 61 deaths (31 vaccine-recipients, 30 placebo recipients). These vaccines were not associated with lower overall mortality… .” As for the adenovirus vector injections, the authors say “The five RCTs of adenovirus-vector COVID-19 vaccines included 122,164 adults among whom there were 46 deaths (16 vaccine-recipients, 30 controls)” and that “The adenovirus-vector vaccines were associated with a reduction in overall mortality… .”

Note in the chart above the relative risk (or RR) for the adenovirus-vector “vaccines” is .37, while the RR for the mRNA “vaccines” is 1.03. This means the data suggest the mRNA injections are worse for all-cause mortality than giving no jabs at all, while the adenovirus-vector vaccines nearly halve all-cause mortality. (The RR numbers are derived from “the risk of dying in the vaccinated [arm] divided by the risk of dying the unvaccinated [arm].” Meaning if the number is below 1.0, you’re less likely to die if you take an injection, and if it’s above, you’re more likely to).

Stabell Benn warns, however, the “numbers [from the study] are so small we cannot prove anything at all… .” She also tells Sayers that a direct comparison of mRNA and adenovirus vector injections is not possible as data comparing the two distinct products was never collected by their makers. On top of that, Stabell Benn says “the two types of vaccines were tested on different populations, so… there are a lot of assumptions underlying the testing of the differences” between the two “vaccine” types.

“For overall differences in effect between the two groups of vaccines,” Stabell Benn does note “there are statistical differences, and [that] the effect of the adenovirus vector vaccines on the various causes of death is also statistically significant.”

Despite those drawbacks, the author is apparently able to say confidently she has observed “an overweight [frequency] of cardiovascular death in the Pfizer group… .” Indeed, Stabell Benn agrees with Sayers in the interview that if the mRNA injections protect against COVID-19, but people who receive them are still dying at (at least) the same rate as the unvaccinated, some other compensating condition(s) must be causing their death.

Clarifying her position on the observation, Stabell Benn tells Sayers:

“I think there are danger signals in relation to cardiovascular deaths and diseases. We know that now with certainty with the mRNA vaccines…with respect to myocarditis and pericarditis, but also anecdotally, I would say there are reports of cardiovascular death, which I think deserves further scrutinization and also… adds to the evidence that suggest this is something that should be investigated further for the mRNA vaccines.”

Unfortunately, as far as taking action on this newfound evidence—that actually isn’t new at all considering Pfizer’s own clinical trial data showed more deaths in its own vaccine arm than in the placebo arm—Stabell Benn agrees with Sayers that there are “powers” out there “who aren’t really interested in digging into these findings.”

“It is a bit of a Pandora’s Box for health authorities because if they start acknowledging these effects, there’s also the huge problem of negative nonspecific effects that have actually already been brought to the attention of the WHO already 20 years ago but they haven’t really responded to these observations,” Stabell Benn tells Sayers. She adds that “[Y]ou can see the potential backlash for WHO, for vaccination programs, if it comes out that some vaccines, carry these negative nonspecific effects.”

In conclusion, Stabell Benn tells Sayers that she “wouldn’t vaccinate anybody above 50 years of age” with either the Pfizer or Moderna vaccine. She also says that young healthy people—Sayers gives an example of healthy men and women in their 20s—should take neither the mRNA injections nor the adenovirus-vector injections. “I wouldn’t run the risk of taking a new vaccine that hasn’t been tested for its overall health effects,” Stabell Benn adds. 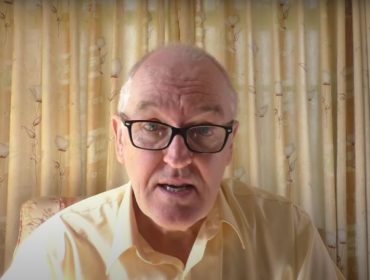 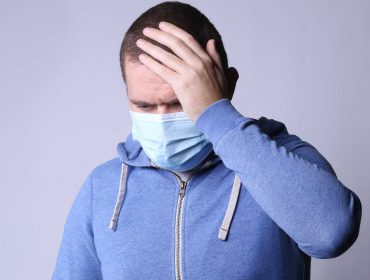 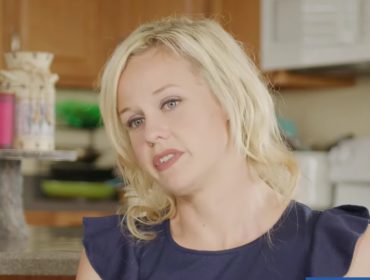 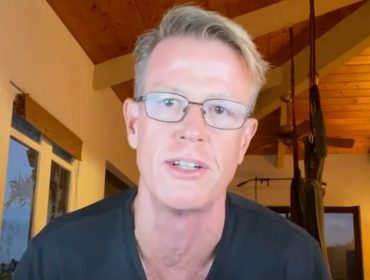 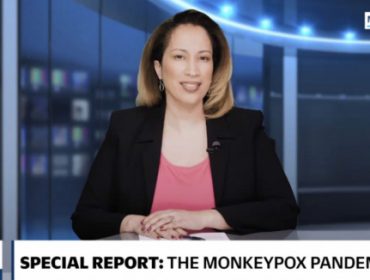 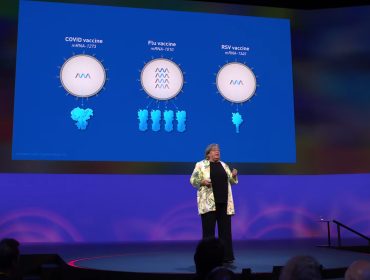