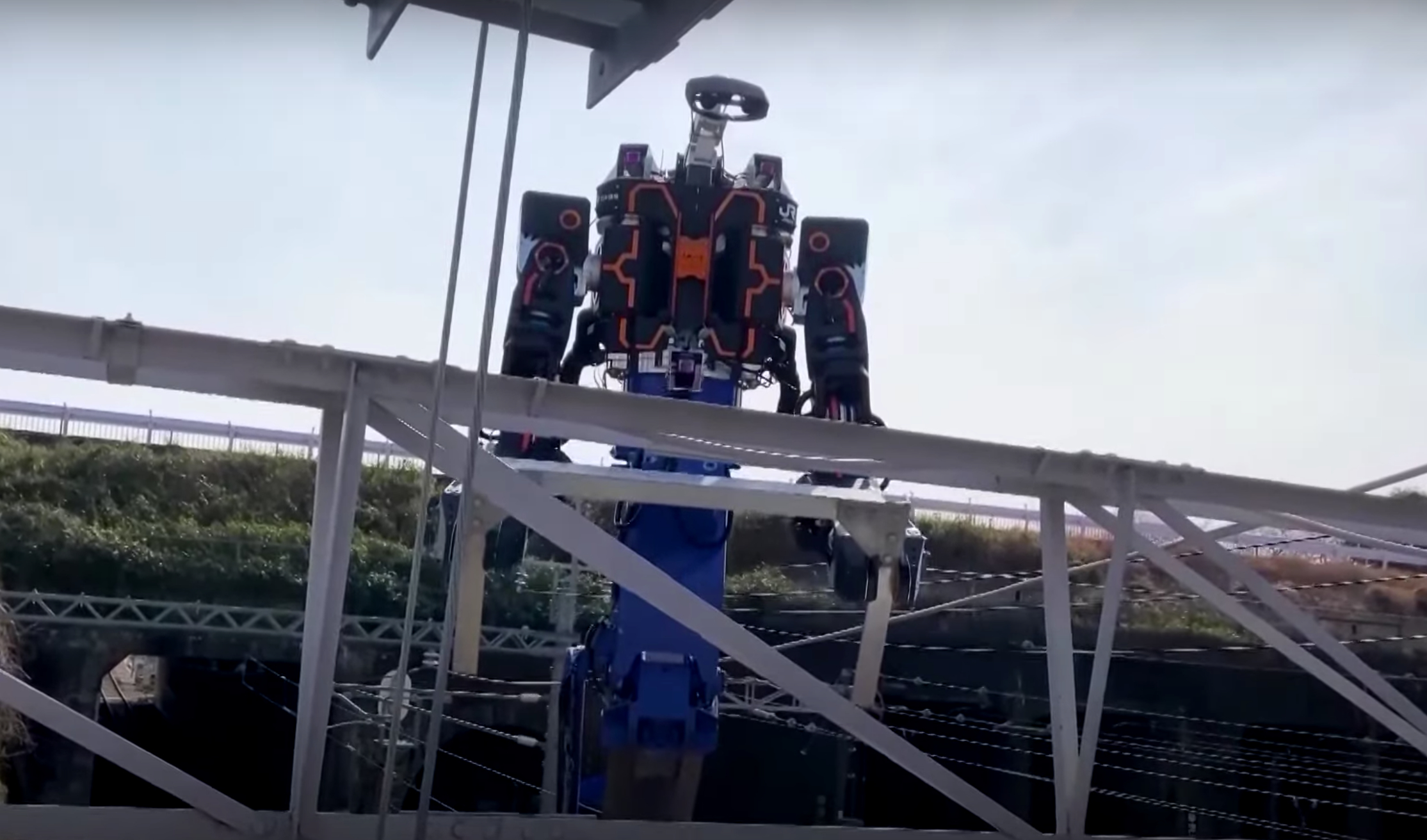 This prototype 33-foot-tall “giant robot” in Japan, which is operated by a human wearing a VR headset, helps to replace railway wires and signs and is set to go into production in 2024.

The West Japan Railway Company (or JR-West), in partnership with the Japanese robotics company Human Machinery and railway signal maker Nippon Signal, have created a “giant robot” to help repair hard-to-reach railway wires. The robot reportedly has a “Gundam style” body and a face that (intentionally or unintentionally), looks like WALL-E’s.

The aim of the robot is “to improve productivity and safety” JR West said in a press release translated by tech blog, Inceptive Mind. In the video above from Reuters we see the robot installing what appears to be the metal scaffolding that will eventually hold railway signs in place above the tracks. A pilot—who’s situated next to the bottom of the robot’s crane-like base—uses a virtual reality (VR) headset and hand controls to maneuver the machine.

In the video immediately below we see more of the robot, as well as the VR view the pilot uses to control it. It appears that materials—which can only weigh up to 88 pounds for now—must be handed to the robot by humans. (A machine able to bend and pick up the pieces would perhaps be good for a version 2.0 of the bot.)

JR-West says the Gundam repair bot—Gundam, incidentally, is a fictional manned robot from the anime series Mobile Suit Gundam—is only a prototype for now. Although the company is planning a “formal introduction” of it into the workforce in 2024. By then humanoid robots, including Tesla’s Optimus bot, should be gearing up for production as well.

As the robot population increases in Japan (and likely elsewhere), its human population will likely continue to plateau as its birth rate drops. In a recent report from Japan’s Ministry of Internal Affairs and Communications, government officials said that as of October 1, 2021, the country’s population totaled 125,502,000 people—down approximately 644,000 people from a year earlier; marking it as “the biggest decline on record.”