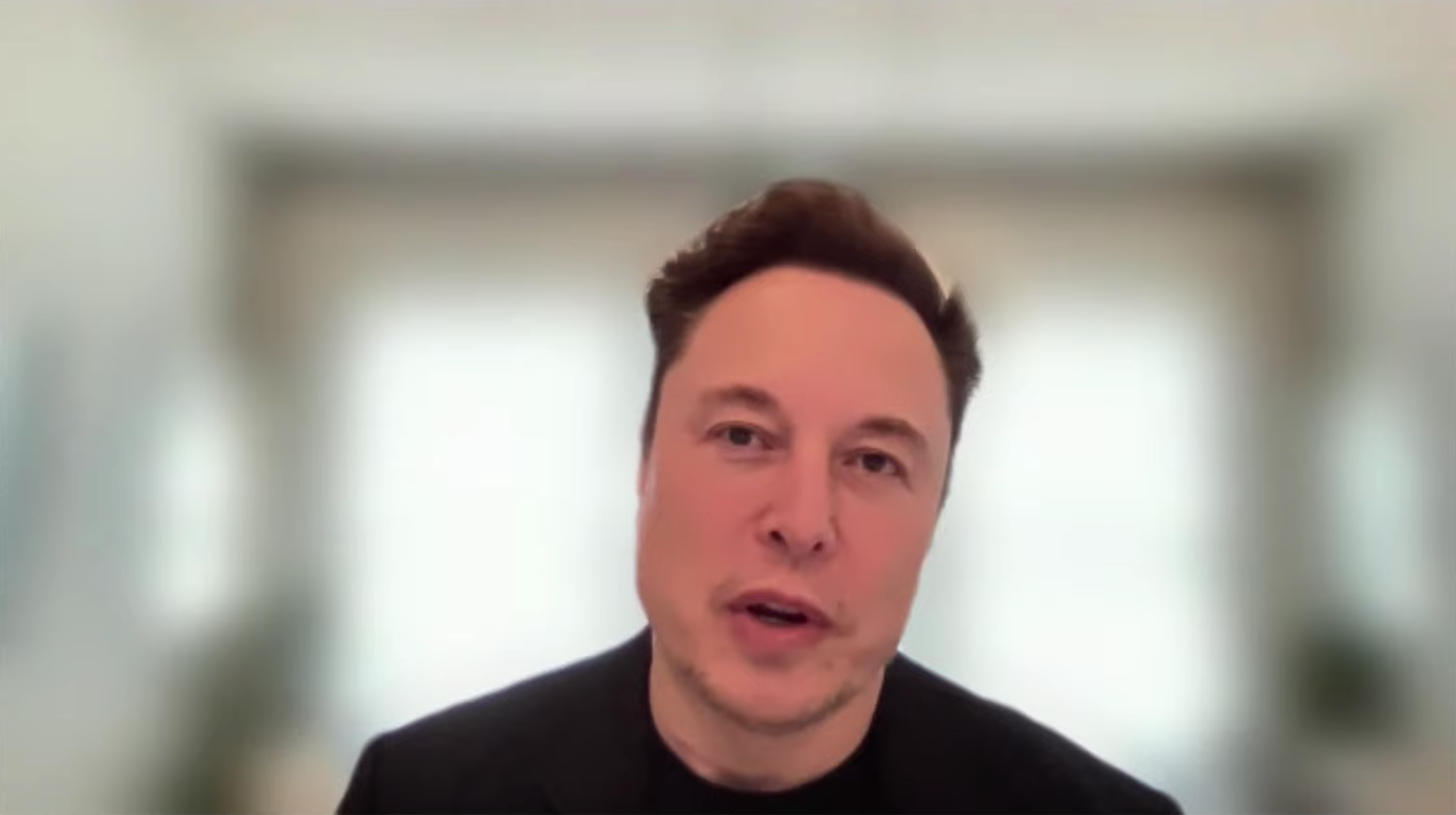 Here’s a recap of Elon Musk’s recent interview with the Financial Times. Key portions of Musk’s responses to questions regarding Twitter, Trump, Tesla and other topics have been transcribed.

In a recent video interview with the Financial Times Live, SpaceX and Tesla CEO Elon Musk discussed his thoughts on Tesla’s history and future, his relationship to the Chinese government, and his ongoing attempt to purchase Twitter. The complete 80-minute-long interview—featuring Tesla co-founder J.B. Straubel at the beginning—is immediately below. Key excerpts have been transcribed verbatim and highlighted.

ON TWITTER AND HIS POTENTIAL PURCHASE OF IT (MINUTE 18:30)

“I think Twitter is currently the best—or, looked at another way—the least bad public square. A forum for the exchange of ideas nationally and internationally. But I think it could be a lot better at that. In order to be better at that it really needs to get rid of the bots and the scams and spammers… anyone trying to create fake influence on the site, [whether] it’s one person, or one entity operating 100,000 accounts.”

“[Twitter] also needs to build more trust with users. I think the way to do that is by open-sourcing the algorithms, so everyone can see how the algorithm works and can suggest improvements and changes. I would literally just put the Twitter algorithm on GitHub, and say, like ‘Hey, anyone wanna suggest changes to this, please go ahead.’ And you just really want transparency to build trust.”

“I think Twitter needs to be much more [politically] even-handed. It currently has a strong Left bias, because it’s based in San Francisco. I don’t think the people there necessary intend—or, at least, some of them don’t intend—to have a Left bias; just from their perspective, it seems moderate, but they’re just coming at it from an environment that is very far left. But then this fails to build trust in the rest of the United States, and also perhaps in other parts of the world because Twitter needs to be even-handed; I said publicly that victory would be that the most far right 10% and most far left 10% are equally upset.”

“[There are] still a lot of things that need to get done before the deal concludes. Obviously there’s not even yet been a shareholder vote. And Twitter has not yet filed a proxy for the shareholder vote. And there are still some outstanding questions that need to get resolved. So it is certainly not a done deal. Objectively, it is not a done deal. The best case scenario is that this would be done in, perhaps, two or three months.”

“I think there’s a general question of should Twitter have permanent bans. And I’ve talked with Jack Dorsey about this and he and I are of the same mind, which is that permanent bands should be extremely rare and really reserved for people, where they’re trying, for accounts that are bots, or spam-scam accounts. Where there’s just no legitimacy to the account at all.”

“I do think that it was not correct ban Donald Trump. I think that was a mistake, because it alienated a large part of the country. And did not ultimately result in Donald Trump not having a voice, he will now be on Truth Social. As will a large part of the right in the United States. And so I think this could end up being, frankly worse, than having a single forum where everyone can debate. So, I guess the answer is that I would reverse the perma-ban. Obviously I don’t own Twitter yet, so this is not, like, a thing that will definitely happen. Because what if I don’t own Twitter? But my opinion and Jack Dorsey—I want to be clear, shares this opinion—is we should not have perma-bans. Now that doesn’t mean somebody gets to say whatever they want to say; if they say something that is illegal, or otherwise… just destructive to the world, then that should be perhaps a timeout. A temporary suspension. Or that particular tweet should be made invisible or have very limited traction. But I think perma-bans just fundamentally undermine trust in Twitter as a town square where everyone can voice their opinion.”

“He has publicly stated that he will not be coming back to Twitter and that he will only be on Truth Social. And this is the point I’ve been trying to make, which is perhaps not getting across—is that banning Trump from Twitter did not end Trump’s voice, it will amplify it among the right. And this is why it’s morally wrong and flat out stupid.”

On the AI required to make Teslas autonomous:

“You need sufficient level intelligence to drive a car, but not—you don’t need, like deep conceptual understanding of esoteric concepts or anything like that. You need sufficient intelligence to match what human neural nets [i.e. brains] do when driving a car. And I think anyone who’s driven a car for any length of time—once you have some years of experience driving a car, the cognitive load of driving a car is not high; you’re able to think about other things, listen to music, have a conversation, and still drive safely. So it’s not like matching everything a human does. But it is still matching enough of the neural net to work. The silicon neural nets need to be at least on par with the biological neural nets to enable safe driving. And I think we are quite close to achieving that.”

“Self-driving is one of those things where there are a lot of false dawns… Where you think you’re getting there, but then you end up asymptoting… your progress is initially linear and looks logarithmic, but then sort of tapers off because you were in a local maximum you didn’t know you were in. I think at this point we are no longer trapped in a local maximum and, obviously I could be wrong, but I think we are actually quite close to achieving self-driving at a safety level that is better than human. And it appears, my best guess, is that we will get there this year. But we’re really not far from it.”

“We have never said, ever, that Tesla autopilot does not require attention. We have always made that extremely clear. Repeatedly. You can’t even turn it on without acknowledging that it requires supervision. We remind you of that every time you turn it on. Ad nauseam. So this was not a case of setting expectations [that the cars] could simply drive [themselves] in the past, and then not meeting those expectations. That is completely untrue. It is also the case, however, and I knew this would be true from the beginning, that, people don’t… the people whose lives are saved with autopilot or autonomy don’t know that their lives were saved.”

“With autonomy, the cars… will be fully autonomous in the future. Like I said, those who didn’t realize they would’ve crashed or hit a cyclist, they don’t know that. So basically, even if you, let’s say, save 90% of the people that would otherwise have died, the remaining 10% who did die will still sue you.”

ON TESLA AND SUSTAINABLE ENERGY GENERATION (THROUGHOUT)

“What I see with some of these new car companies is that they’re jumping in at the deep end and trying to create a high-volume vehicle when they’ve never made a vehicle before. This is like, not practicing your athletic sport and then going to the Olympics. You’re not going to win. This is crazy.”

On generating renewable energy on a mass scale:

“You can completely convert—I want to be very clear about this—all of Earth… can easily be powered by solar and wind, stationary battery packs, and electric transport.”

“Even if Earth’s economy were… you could do ten times what the Earth’s economy is with solar, wind, batteries, and electric transport. It’s not a close thing. I think most people just haven’t done the basic math of just how much energy hits the Earth from the Sun…. It’s a gigawatt per square kilometer. So if you have a 20% efficient solar system, that’s 200 megawatts per square kilometer; that’s a lot, basically. You could power all of Europe with a section of Spain… You could power all of the United States with a corner of Utah, or Texas. “

On producing Teslas in China:

“I was certainly asked many times by, like, the government in China to do a factory in China, and I said well, we’re not going to do one that is 51% locally owned, so if they’re willing to change the rules, not just for us, but for everyone, then we would move forward. And so they did. And I think it’s been very successful so far… And so, things are proceeding fairly well.”

On the recyclability of batteries:

“Iron phosphate batteries are fully recyclable. And so are nickel-based.”

“It’s important to understand that if you want a means of energy storage, hydrogen is a bad choice. It’s extremely low density, so its volumetric energy density is poor.”

“We were huge idiots and totally wrong about the fundamental premises [of the Tesla Roadster.]”

Attempting to make batteries in Thailand was a “burning dumpster fire of stupidity.”

“[Tesla is] as much a software company as it is a hardware company” and no other automaker is “even close to solving real-world AI.” Musk added he expects Tesla to “maintain [its] software lead, [and] increase it.”

Asked about the future, Musk said Tesla has no more plans for more plants in China “in the near future.” Although the CEO did say the automaker/tech company would be expanding its Shanghai factory. Other than that, the focus for Tesla will be on two new factories recently turned operational in Berlin and Austin, Texas. “Getting those to high-volume production” is the near-term challenge, Musk added. 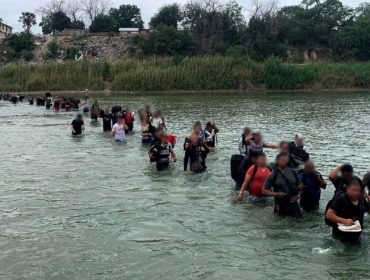 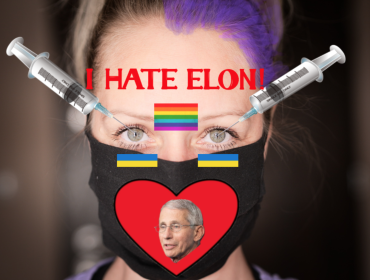 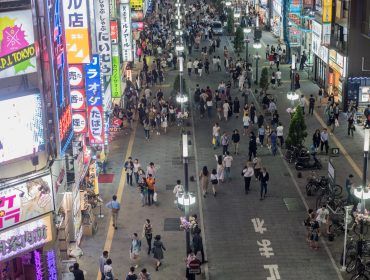 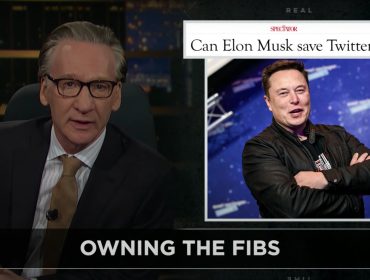 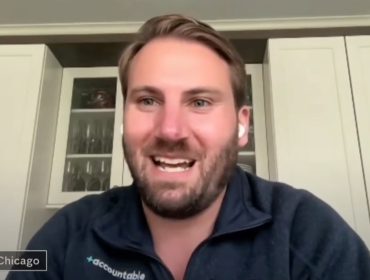