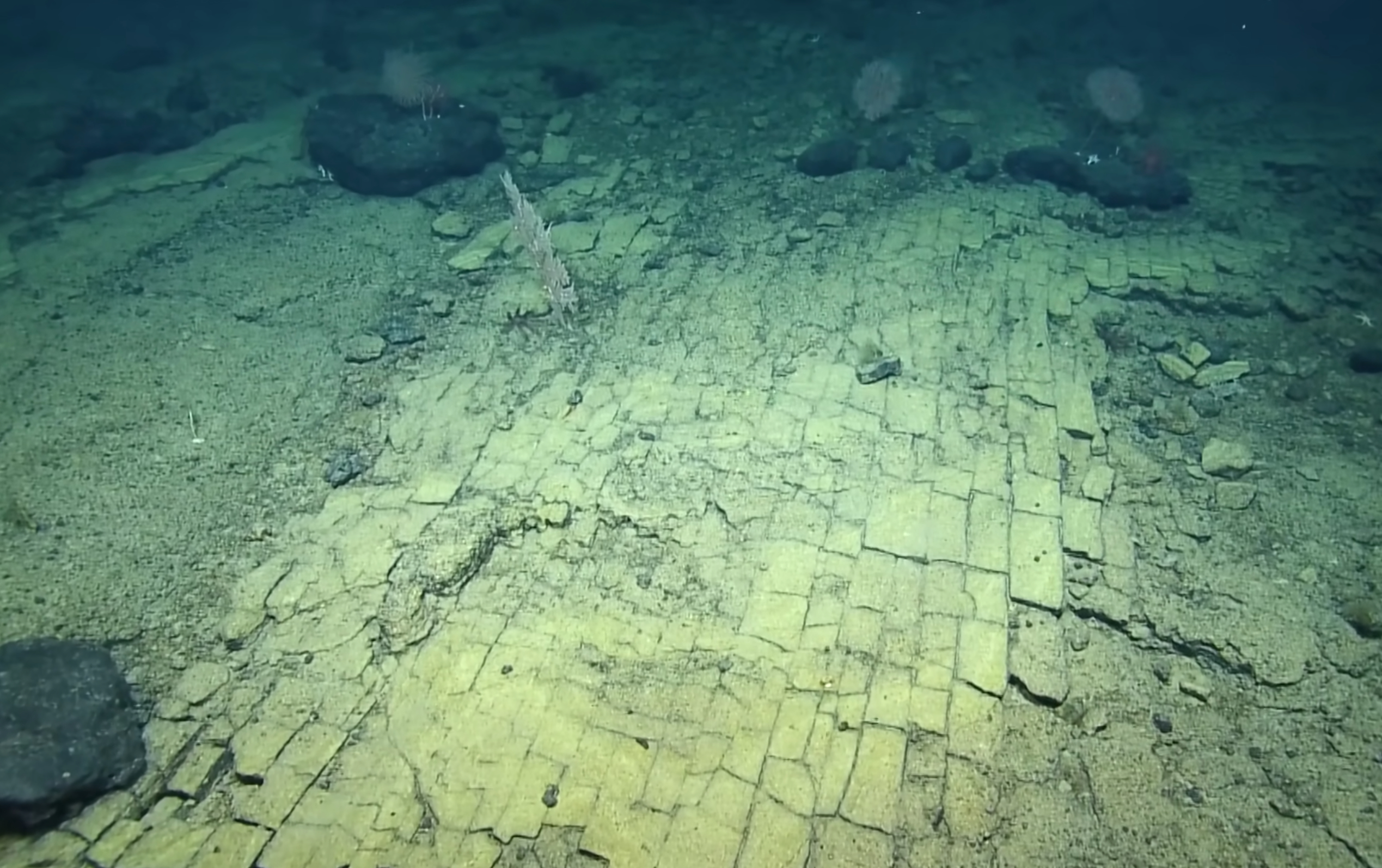 Scientists exploring the Papahānaumokuākea Marine National Monument around the Northwestern Hawaiian Islands have eyed a “yellow brick road” on the ocean’s floor, which they say is the result of ancient volcanic activity.

A team of scientists aboard the EV Nautilus—a 223-foot-long research vessel owned by the Ocean Exploration Trust—observed something bizarre on a recent expedition through the Papahānaumokuakea Marine National Monument around the Northwestern Hawaiian Islands: a dried lake bed that looks like a pathway consisting of neatly laid bricks, all made by humans.

The scientists have dubbed the “weird,” “bizarre,” and “crazy” natural feature the “yellow brick road.”

In the video above posted to YouTube on April 29, 2022, the team of scientists, from the EV Nautilus’ “Corps of Exploration,” shows off the “incredibly unique and fascinating geological formation” it recently discovered at the summit of the Nootka Seamount using a remotely operated vehicle (ROV). The formation, which the scientists believe is a neatly fractured flow of hyaloclastite rock—that is, volcanic rock formed in eruptions where rock fragments settle to the seabed—looks like something out of “the mythical city of Atlantis” (EV Nautilus’ words). So much so that upon seeing the “brick road,” one present scientist proclaimed: “I feel like we’re at Mount Vesuvius, excavating.” (Mount Vesuvius isn’t Atlantis, but six of one.)

“The unique 90-degree fractures are likely related to heating and cooling stress from multiple eruptions at this baked margin,” the EV Nautilus team notes in the description for the above video. “Throughout the seamount chain, the team also sampled basalts coated with ferromanganese (iron-manganese) crusts from across different depths and oxygen saturations as well as an interesting-looking pumice rock that almost resembled a sponge,” the team adds.

While this formation is certainly bizarre, and certainly stokes the imagination, the scientists’ main goal in the Marine National Monument is to study the microbial communities residing inside of the ferromanganese crusts over local rock surfaces; particularly how the crusts’ characteristics vary from region to region in the ocean basins. As well as the microorganisms that live on and within them.

Along with the yellow brick road, scientists aboard the EV Nautilus have encountered countless other deep-sea oddities. Including this “unidentified gelatinous creature,” for example, which is definitely otherworldly. And this “headless chicken monster,” which may keep you from the sea for the rest of your life.