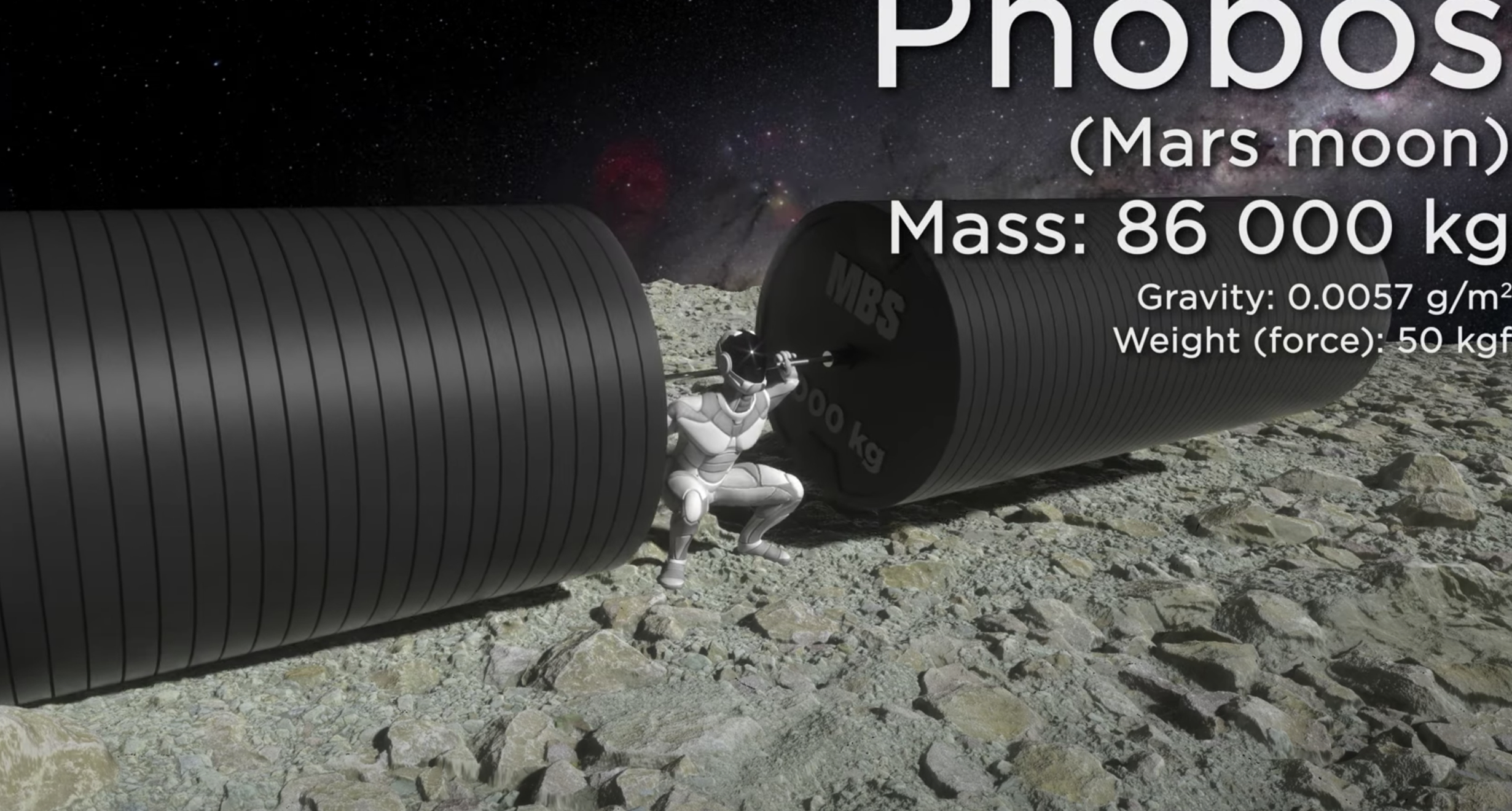 In a new video Spanish animator MetaBallStudios shows how much weight a person could lift on different planets in the solar system using the same amount of force.

In a new edu-tainment video Spanish animator and YouTuber MetaBallStudios (MBS) offers a comparison of how much weight a person could lift on various planets in the solar system assuming a constant force (or effort). The comparison is brief, but includes examples on Jupiter, Neptune, Saturn, and even planetoids like Ceres and moons like Mars’ Phobos—a celestial body that wouldn’t just make you appear ultra-strong, but also, incidentally, dazzles with its frequent solar eclipses.

In his video MBS begins by showing a person—apparently wearing a suit reminiscent of the one SpaceX has made for astronauts—squatting 50 kilograms, or just about 110 pounds, on Earth. MBS then moves on to Jupiter, where the same person applying the same amount of force is only able to squat 20 kilograms, or about 44 pounds. (Notice the absence of “plates” on the bar for the lifting session on the Gas Giant.

MBS then moves on to Neptune, Saturn, Venus, Mars, the Moon, Pluto, and the dwarf planet Ceres where he’s able to lift, respectively: 97 pounds; 103 pounds; 121 pounds; 291 pounds; 668 pounds; 1,741 pounds; and 3,860 pounds. Although while the numbers on Pluto and Ceres seem ridiculous enough, it’s not until we see the weight lifter on Phobos that he’s able to squat a truly unthinkable 190,000 pounds.

The animator—whose real name is Alvaro Gracia Montoya—finishes off the comparison by showing the weight lifter on the Sun. As for max load there? Just four pounds. Which still seems like quite a bit considering our home star’s size. Although if you ask the gym rats, it’s really the density of a celestial object that matters.