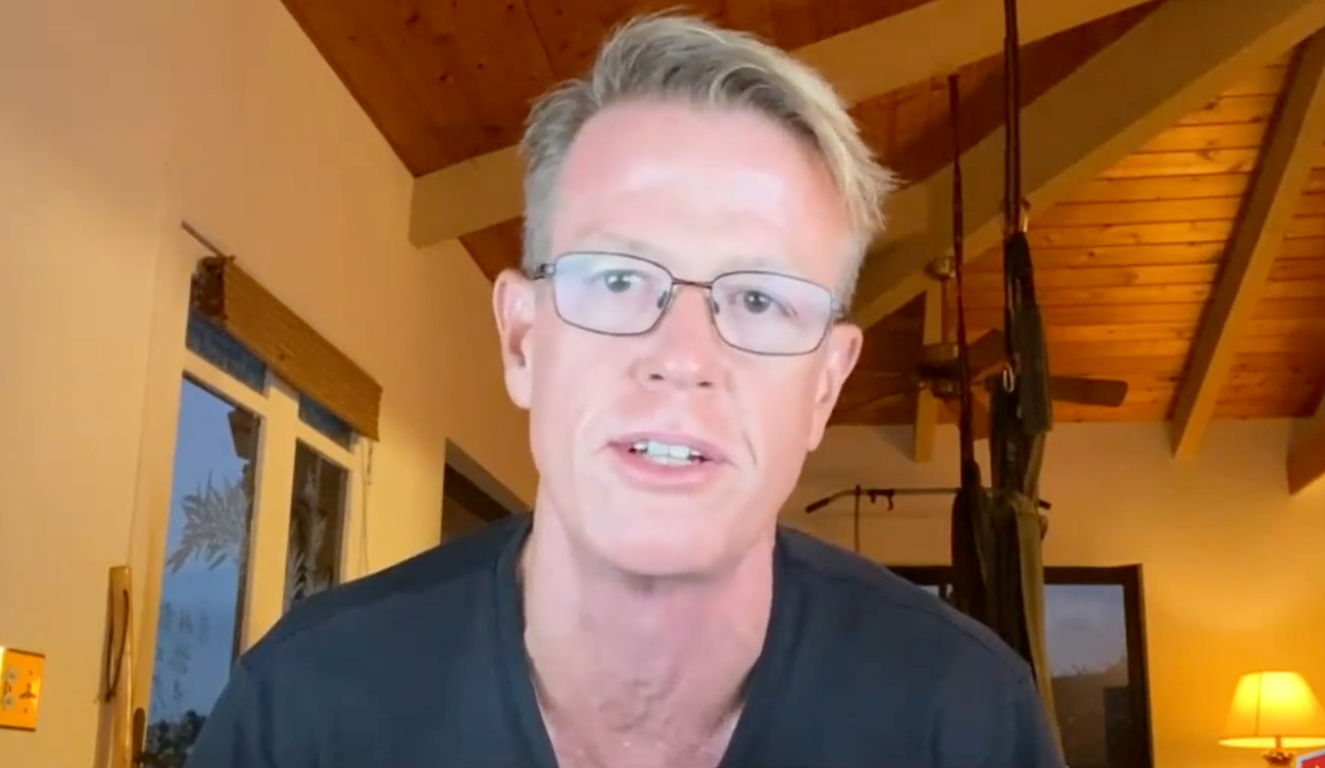 In a new interview with Steve Bannon, former BlackRock fund manager Edward Dowd says central banks are “setting the stage for a new monetary system” and that the “absolute collapse of credit and the economy” is imminent.

Former BlackRock fund manager Edward Dowd, who’s grown popular thanks to his unique, financially focused take on the COVID-19 crisis, has dropped several “bombs” in a new interview with Steve Bannon of the War Room: Pandemic podcast. Dowd, who’s previously said he thinks the COVID-19 injections are “garbage vaccines” that are killing “many” people, now says he believes the powers that be are “setting the stage for a new monetary system.” As well as “absolute collapse of credit and the economy.”

“[T]he Fed is trapped” Dowd says in his interview with Bannon (above). “[T]he rate hike cycle was over before it started, so they’re tightening into a disaster; they should be actually loosening credit conditions, pumping money into the system believe it or not… I know this sounds crazy.”

Dowd is referring to the Federal Reserve Bank‘s ability to raise interest rates on the money it lends, therefore increasing the cost of credit throughout the economy.

“[T]here’s a battle between inflation and deflation. And the Fed has been fighting deflation since the tech bubble burst and that’s what they’ve been doing. It’s a disaster,” Dowd says. “And it’s gotten to the point where the tyranny of the bond math is such that they can’t raise interest rates without collapsing the whole system.”

This impasse, Dowd says, means “we’re going into recession [and] we’re gonna go in hard.” He espouses his stance that the Fed should continue to keep interest rates low, despite rising inflation as a way to soften the blow, but believes that is not the tack the Fed will take.

“What people don’t seem to understand is the money printing actually has to keep accelerating to keep this Ponzi scheme going. It’s a 109-year-old Ponzi scheme, but it needs an accelerating money supply growth; so we just had 65% [growth in U.S. dollars in existence], so the rate of change is obviously the wrong way. That’s why we’re seeing global slowing and the dollar going straight up, that’s indicative of global credit conditions going south. You have to understand there’s about $14 trillion in U.S. dollar-denominated international debt. So all of our allies are short the dollar and they’re screaming bloody murder because it’s killing them on servicing a lot of their debt.”

The former fund manager says specifically that what the rate of change in the Commodity Research Bureau Index (CRB)—an index that acts as an indicator of the global commodity markets—and the dollar indicate to him is that this current inflationary phenomenon and subsequent economic collapse “is not wholly a monetary phenomenon.”

“It’s mostly an energy policy phenomenon from the Biden administration, the EU, and then you throw in the lockdowns in China—so it’s a supply chain issue, it’s an energy policy issue, it’s this ESG nonsense. So the Fed is tightening into bad policy at the same time and I think we’re going to see an absolute collapse of credit and the economy.” (ESG—or environmental, social, and corporate governance—is, according to Wikipedia, an approach to evaluating the extent to which a corporation works on behalf of social goals that go beyond the role of a corporation to maximize profits on behalf of the corporation’s shareholders.)

Along with rising inflation, however, Dowd also notes a developing deflation in asset value. “One of the sign-posts for deflation starting to set in is the 30-year [Treasury bond]. It’s putting in what we believe to be an important three-year-cycle low, put in a weekly swing low, and the timing band for this low is either now or in the next couple weeks,” Dowd tells Bannon. “So I think you’re going to see the long bond start to come in, yield-wise, up in price, that’ll be the first indication that the economy is starting to really collapse. Then short-term interest rates will follow after that.”

“The Fed will jawbone and say they’re fighting inflation, maybe raise one or two more times, but they’re making a huge policy error,” Dowd adds. But he says they can’t raise rates, so they’re trapped. “And that’s why a new monetary system is coming and this is all smoke and mirrors,” Dowd concludes. “And there’s going to be all sorts of explanations as to why the economy’s collapsing.”

“Obviously they’re setting the stage for a new monetary system. All this talk about a digital currency—China’s trying to launch one—so there’s a new system coming, we have another Bretton Woods system coming ahead of us. The question is: Who controls how that’s formed and shaped? And I suspect all this monkeypox nonsense, and all these variants we’re going to see into the Fall election are going to be designed to provide cover for the economic collapse.” (The Bretton Woods system of monetary management established the rules for commercial and financial relations among the United States, Canada, Western European countries, Australia, and Japan after the 1944 Bretton Woods Agreement.)

Dowd says that “As we look forward for the next month or so, or two months into the markets and what’s going to happen news-wise, you just have to understand that the central bankers and politicians have bankrupted the world. And a lot of the things you’re going to see in the media are distractions to cover that.” Dowd also claims “COVID was a convenient excuse to cover the implosion of the credit system. So a lot the things you see in the news are distractions.”

Indeed, Dowd believes the media, supranational organizations like the WHO, et al. are going to “try to gin up” the “recent monkeypox nonsense.” (Learn much more about that nonsense here.) He also says he suspects the powers that be are going to try to “lockdown the economy right before the elections.”

“If the GOP takes power a lot of people are going to go to jail,” Dowd says. “And if you’re a criminal you’re not going to let the elections go off without giving it a shot to rig them.”