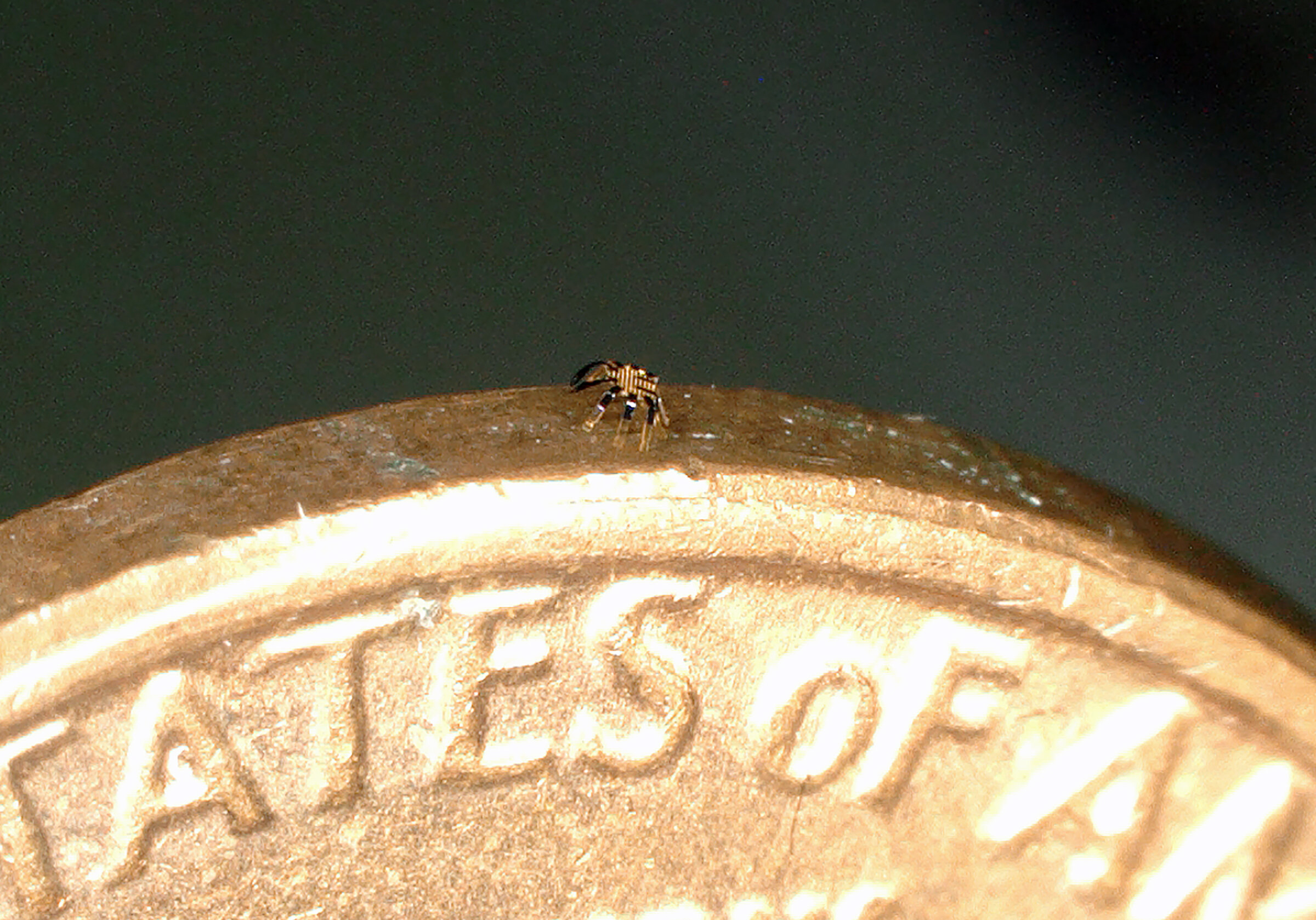 These Tiny Crabs Are the Smallest-Ever Remote-Controlled Walking Robots

Engineers at Northwestern University have created the “smallest-ever remote-controlled walking robots” in the form of phase-changing “peekytoe crabs” that are smaller than fleas and will ultimately be able to enter the human body.

In a new study published in Science Robotics a team of engineers at Northwestern University outline how they’ve developed the smallest-ever remote-controlled walking robots. The robots, which are smaller than fleas, have taken on the form of tiny peekytoe crabs in their nascent stage of development. Future iterations of the tiny bots will likely grow even smaller, allowing for their insertion into the human body.

At just .02 inches across, the engineers’ diminutive peekytoes are able to twist, bend, walk, crawl, and even jump. They’re able to pull off all the moves not due to hydraulics, electricity, nor “complex hardware,” but rather a shape-memory alloy material that transforms to its “remembered” shape when heated—by, in this case, lasers.

To heat the shape-memory alloy crabs rapidly enough for movement the engineers use a scanned laser beam—that is, a controlled deflection of a laser beam—to rapidly target different locations across their bodies. To re-form the crabs’ alloy limbs, the engineers apply a thin coating of glass to them, which elastically return the limbs to their deformed shapes upon cooling.

As the crab-bots change from one phase to another—that is, from deformed to remembered shape and then back again—it creates locomotion. The direction at which the laser hits the tiny robots also determines their walking direction. Scanning the laser from left to right, for example, causes the robots to move from right to left.

As for applications, John A. Rogers, a physical chemist and materials scientist at Northwestern who led the experimental work, said in a press release that “You might imagine micro-robots as agents to repair or assemble small structures or machines in industry or as surgical assistants to clear clogged arteries, to stop internal bleeding or to eliminate cancerous tumors—all in minimally invasive procedures.”

Rogers further explained that “Because these structures are so tiny, the rate of cooling is very fast” for them. “In fact, reducing the sizes of these robots allows them to run faster,” the physical chemist added.

“Our technology enables a variety of controlled motion modalities and [the crab-bot] can walk with an average speed of half its body length per second,” Yonggang Huang, who led the theoretical work, added. “This is very challenging to achieve at such small scales for terrestrial robots.”

Photonic structures such as retroreflectors and colorimetric sensing materials like those used in the alloy crabs “support simple forms of wireless monitoring and localization,” the authors write in the paper’s abstract. The authors add that collective advances in materials, manufacturing, actuation, and sensing are all adding to a growing body of capabilities for tiny robots, which, incidentally, engineers at Northwestern are also creating in the form of inchworms, crickets and beetles.

As for why the engineers chose crabs to model with their robots? Rogers said that “With these assembly techniques and materials concepts, we [could have built] walking robots with almost any sizes or 3D shapes… but the students felt inspired and amused by the sideways crawling motions of tiny crabs. It was a creative whim.”