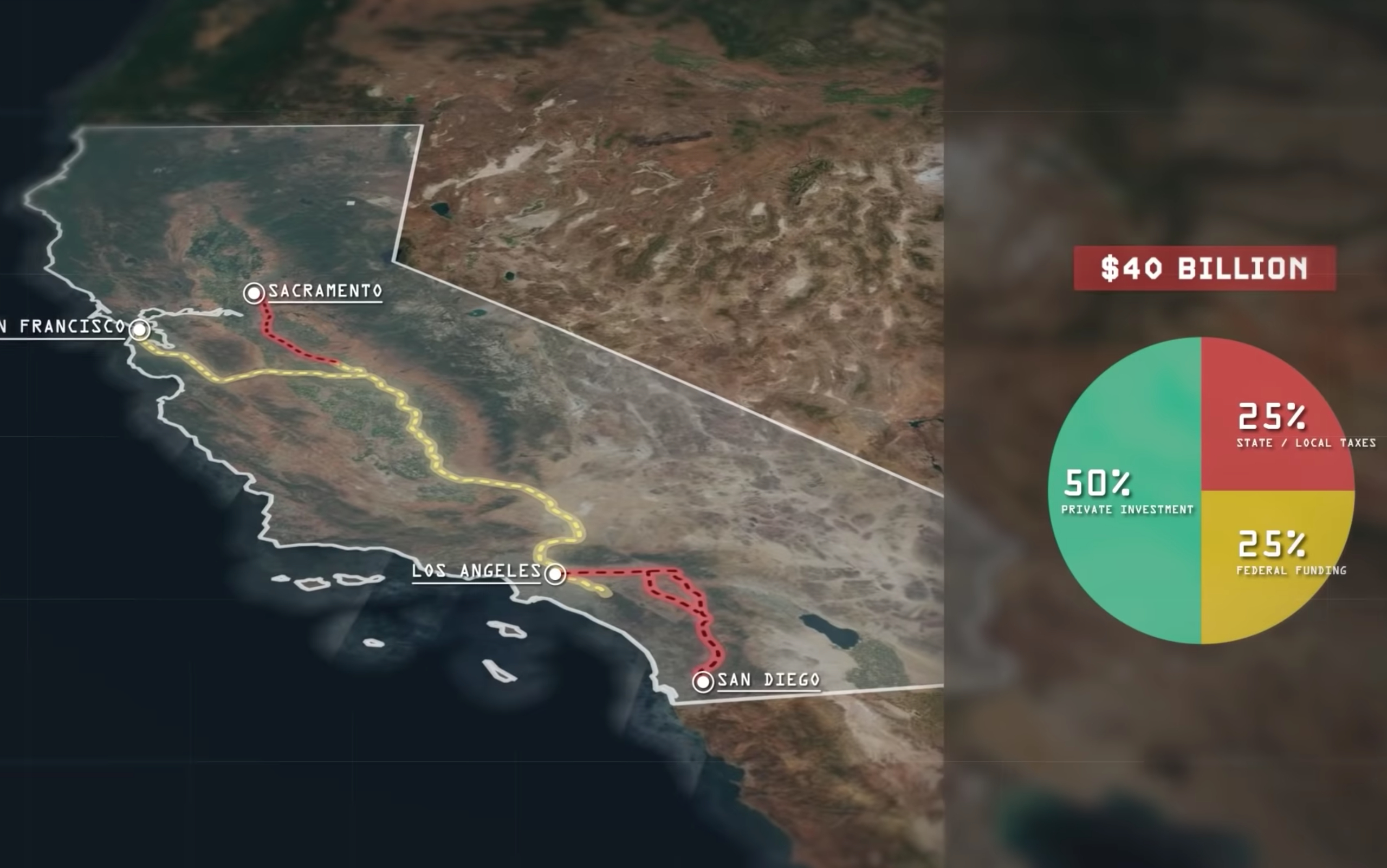 In a new in-depth video YouTuber RealLifeLore explains why California’s $100 billion high-speed rail system has failed miserably, and still stands as a massive embarrassment for the state.

While the California state government has failed spectacularly at many of its supposed functions recently, perhaps only its COVID-19 lockdown and masking policies rival its dumbest and most deranged mistake to date: thinking it could build a high-speed rail system from Los Angeles to San Francisco with any efficiency whatsoever. In a new video, YouTuber and self-described answerer of “questions that you’ve never asked” RealLifeLore explains just how truly horrific the bureaucratic build process has been for tax payers.

RealLifeLore begins his explainer video (above) by noting the high-speed rail project originally seemed like a “no-brainer” for the state. The travel times between its two major economic hubs—Los Angeles in the south and San Francisco in the north—are somewhat lengthy at 90 minutes for a flight and more than six hours for a road trip, and traffic and a busy flight route make both options even less appealing.

Consequently, California established the “California High-Speed Rail” authority (or CHSR) in the late ’90s to begin formally planning a high-speed rail system between the two major cities. Then, in 2008, California residents passed Proposition 1A, which is technically a law that allocates funds for CHSR.

“[S]ince then,” RealLifeLore notes in his video, “the project has pretty much transformed into a quagmire of catastrophic proportions and has become one of the biggest embarrassments in the history of California.”

The YouTuber notes a multitude of reasons the project has failed thus far and ballooned massively in cost. He notes, for example, the guidelines laid out by Proposition 1A are “very specific” and require “very specific routes and travel time requirements.” And because the Proposition can’t be amended by the legislature, and any changes to it must go back to the voters first, these nit-picky requirements have become set in stone.

“[S]pecified trains operating on the lines must have an operating speed of 220 miles per hour [mph] and a required total transit time between Los Angeles and San Francisco of just two hours and forty minutes,” RealLifeLore notes, describing one of the specific requirements of the Proposition. A ridiculous idea as no trains that are currently operational—anywhere in the world—are capable of this kind of sustained speed. The YouTuber notes bullet trains don’t even sustain this speed, as well as the fact that China has had to reduce the top speeds of its high-speed trains from 217 mph down to 200 mph because of unfeasibility.

Aside from that little caveat, RealLifeLore highlights a bevy of other problems the CHSR has stepped in over the past 14 years. Those responsible for the rail system, for example, have decided to do a “less efficient” route through the state’s Central Valley rather directly between Los Angeles and San Francisco. This extra detour, while aimed at servicing an extra 6.5 million people than originally targeted, has added years onto the project’s construction time, as well as billions of dollars.

The railway builders have also specifically begun building the track between Bakersfield and Merced—two small cities in the state with a total population of fewer than 500,000 people. This segment of the “Phase 1” railway will service far fewer people than a direct line between Los Angeles and San Francisco, which will now have to wait for even longer.

Worst of all, RealLifeLore notes, has been the “complete financial mismanagement of the entire project.” The “estimates for what this project would cost and the revenue and ridership figures that it would produce [have just been] completely ridiculous,” the YouTuber says, noting that the budget for the project has ballooned from an original $40 billion to, as of his video, $100 billion. The budget isn’t only corpulent beyond belief now, but the federal government, which said would cover up to 33% of the project’s cost, has only chipped in a measly $2.6 billion so far, and doesn’t seem to have any plans to up that amount.

As for where the project stands? It’s “still under construction and still has a very long way to go before it’s ever operational.” Incredibly, it seems that 56% of California residents support the continuation of the project, while only 35% opposite it. As it stands, the project is costing $55 million per kilometer (.62 miles). In China, the YouTuber notes, the government is able to build its—functioning—high-speed rail for $20 million per kilometer.