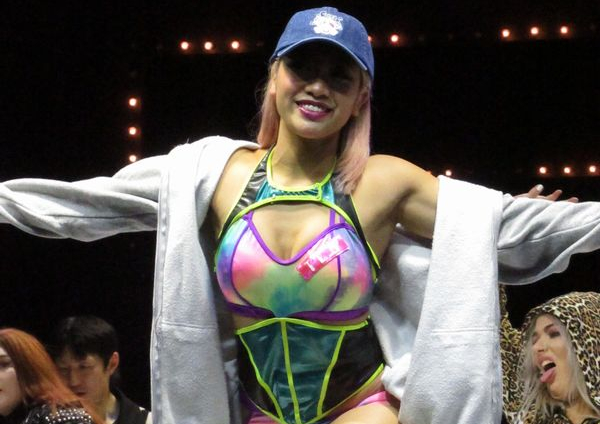 In the wake of television personality Hana Kimura’s suicide, Japan’s parliament has passed a bill that penalizes people for hurling online “insults” with prison time of up to a year, or a 300,000-yen ($2,228) fine.

The South China Morning Post has reported that Japan’s parliament has passed a bill that amends the country’s penal code so that instances of “online insults” can be punished by a prison sentence of up to one year and a fine of up to 300,000 yen ($2,221). The amendment to the law comes following the suicide of professional wrestler and television star Hana Kimura, which many in the country had chalked up to online bullying.

The Japanese government fined two men in Osaka and Fukui prefectures 9,000 yen (about $68) each for posting online insults about the television personality before her death, but the Post reports “some expressed concern the penalties were too light which led to the push for the legal changes.”

In Japan, “insults” are distinguished from what we’d think of as defamation in that insults in Japan demean someone without referencing a specific action they’ve taken. The penalty under the current law for posting “insults” online is fewer than 30 days in jail and a fine of up to $74.

Kimura, who was also a cast member on the most recent season of Netflix’s reality show Terrace House—a brief trailer for which is immediately below—reportedly committed suicide at the age of 22 in May of 2020. Kimura appeared in the most recent season of the Japanese reality show which, according to Variety, sees six young adults live together. The television personality joined the show in its 20th episode, although production for the series was halted soon thereafter due to COVID-19 restrictions.

One Kimura fan on Twitter posted English translations of some of the television personality’s last social media posts. “Nearly 100 frank opinions every day. I couldn’t deny that I was hurt. I’m dead,” Kimura wrote, according to the fan’s translation. “Thank you for giving me a mother. It was a life I wanted to be loved. Thank you to everyone who supported me. I love it. I’m weak, I’m sorry,” Kimura added. “I don’t want to be a human anymore.”

The Post reports the degree to which an insult will be considered punishable under the legislation “remains unclear,” although the law is still set to take effect sometime later this year.

The Constitutional Democratic Party of Japan and other parties opposed the amendment, but parliament passed the bill after it reached an agreement spearheaded by the ruling Liberal Democratic Party that includes a supplementary provision stipulating that the government will conduct a review within three years of the law’s enactment in order to determine if it unfairly restricts free speech.