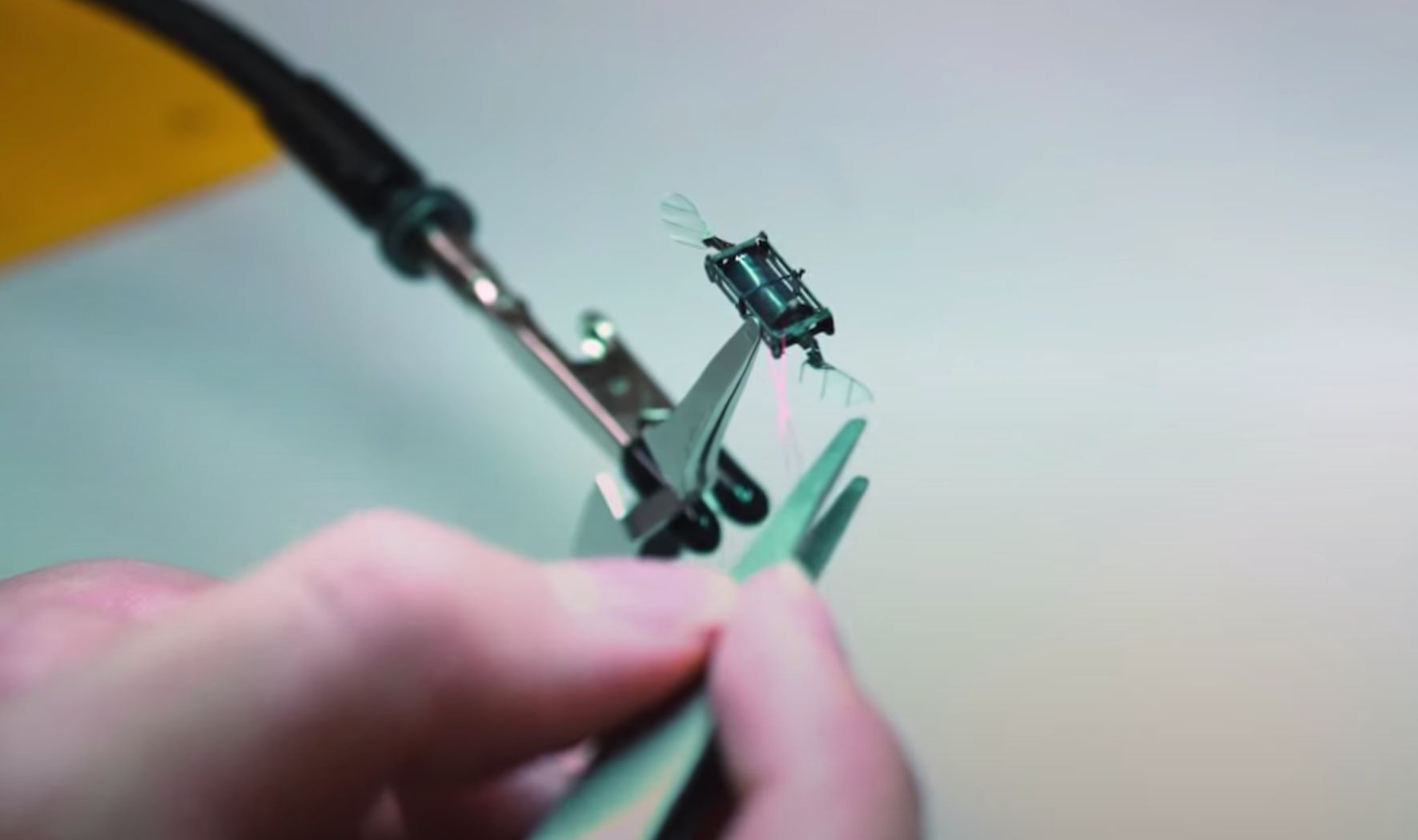 Engineers at MIT have created a flying “robotic lightning bug” that weighs little more than a paperclip, yet can still use onboard light signals to communicate with other flying bug-bots.

In a new study published in the journal IEEE Robotics and Automation Letters a team of engineers from the Massachusetts Institute of Technology (MIT) describes how it created a 650 mg aerial robot powered by four electroluminescent actuators (tiny “soft” motors), each able to generate distinct colors and patterns. This tiny flying bug-bot, the researchers say, “further shows the potential of achieving coordinated swarm flights without using well-calibrated indoor tracking systems.”

In the video immediately above the engineers outline how their “insect-scale” flying lightning bug robot works, noting it was inspired by the ever-whimsical firefly and its ability to use bioluminescent chemical reactions to create light.

“If you think of large-scale robots, they can communicate using a lot of different tools—Bluetooth, wireless, all those sorts of things. But for a tiny, power-constrained robot, we are forced to think about new modes of communication. This is a major step toward flying these robots in outdoor environments where we don’t have a well-tuned, state-of-the-art motion tracking system,” Kevin Chen says in an MIT press release. Chen is the D. Reid Weedon Jr. Assistant Professor in the Department of Electrical Engineering and Computer Science (EECS) at MIT and the senior author of the paper.

Previously, these same researchers outlined a new fabrication technique for building soft actuators—i.e. “artificial muscles” that flap the bug-bot’s tiny, thin wings. These durable actuators consist of alternating ultrathin layers of elastomer and carbon nanotube electrode in a stack that’s then rolled it into a squishy cylinder. When a voltage is applied to the cylinders, the electrodes squeeze the elastomer, and the mechanical strain flaps the bot’s wings.

“These robots are so lightweight that they can’t carry sensors, so researchers must track them using bulky infrared cameras that don’t work well outdoors,” the MIT press release notes. Now, however, the engineers have shown they are indeed able to track the robots using the light the robots emit in conjunction with just three smartphone cameras.

To generate the light signals Chen and his team embedded minuscule electroluminescent particles into the soft actuators. The process added just 2.5 percent more weight, without impacting the robot’s ability to fly. The researchers also created an electrode that would not block light out of highly transparent carbon nanotubes, which are only a few nanometers thick.

To excite the electroluminescent particles the researchers used high voltage pulses to create strong electric fields in the soft actuators. They also drove the robot at a high frequency, which enabled the particles to light up especially brightly.

Once they had a light-up flying robot bug Chen et al. ran flight tests using a specially designed motion-tracking system. Each electroluminescent actuator served as a marker that could be tracked using simple phone cameras. The cameras detected each light color produced by the bug’s actuators, and a computer program the engineers developed tracked the position and attitude of the robots to within 2 millimeters of state-of-the-art infrared motion capture systems.

One can only imagine what will happen if this tech ever merges with these forest-navigating drone swarms.