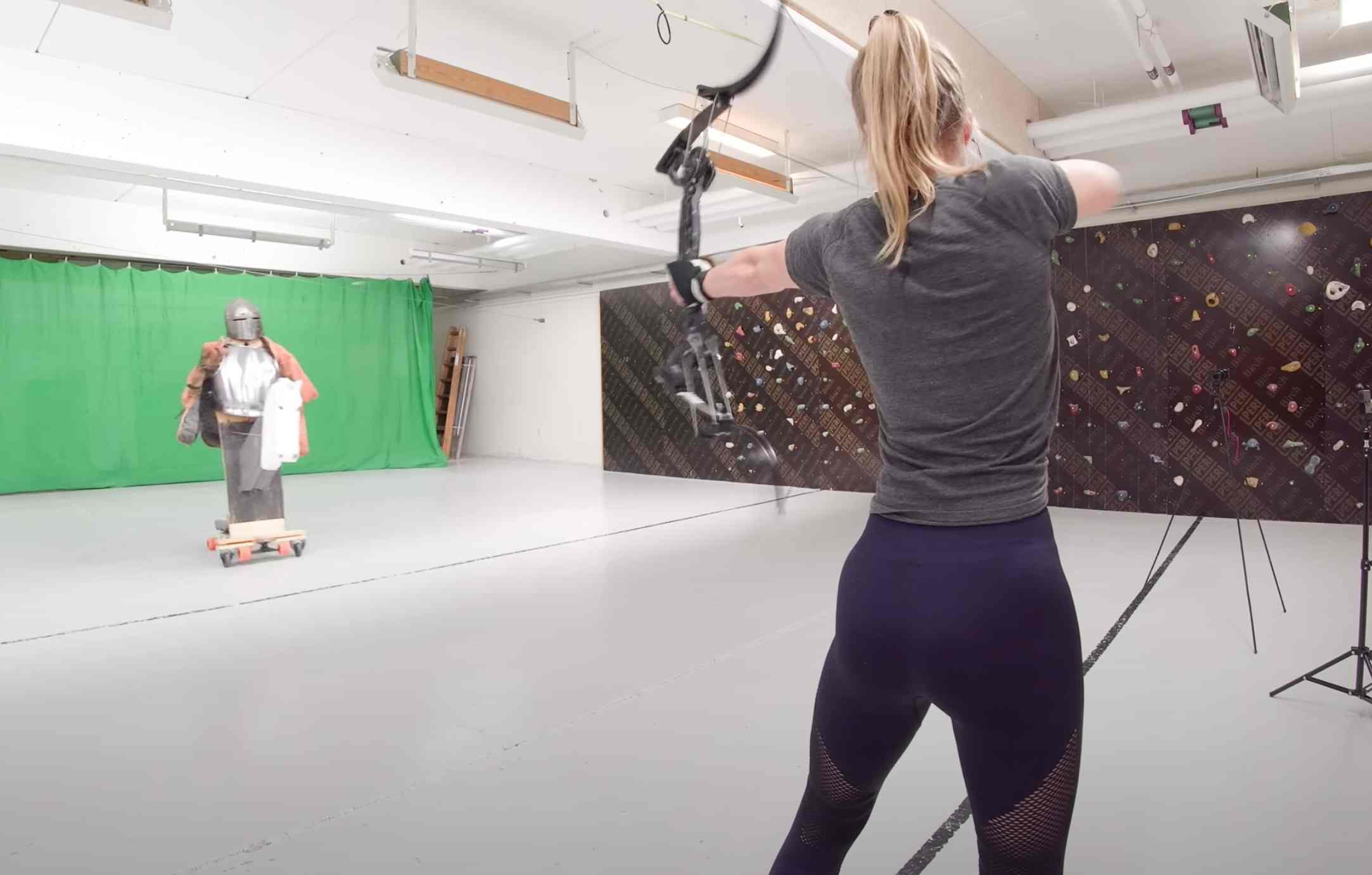 Medieval Archers Couldn’t Shoot Through Plate Armor, But They Could’ve with This Special Bow

In a new video the ever-entertaining Danish archer Lars Andersen shows that it would have been surprisingly easy for medieval archers to build contemporary bows and metal arrows, which would’ve enabled them to shoot through metal plate armor.

Danish painter, writer, and archer Lars Andersen has made a name for himself on YouTube thanks to his ability to pull off ridiculous trick shots with a bow and arrow. In a new video posted to his channel the archer shows how medieval archers could’ve developed plate armor-penetrating bows if they’d had just a bit more knowhow. Instead of having to learn—literally—how to shoot armored soldiers through the eye holes in their helmets.

In the video Andersen—who first went viral seven years ago with a video outlining a “new level of archery,”—shows how he modified a modern-day top-end Oneida Osprey 30-50 pound bow to take on a more “historical” feel. The result of the modification, he and a helper show in the video, is a sleek, simple bow able to fire arrows quickly, and, if used in conjunction with metal arrows, also able to penetrate metal plate armor; something Andersen has been unable to do even with a bow with a 100-pound draw weight from the period. (A fellow archery YouTuber, Tod’s Workshop, had an especially strong archer attempt to penetrate metal plate armor with a medieval English warbow with a 160-pound draw, but was likewise unable to.)

“After the bow was rebuilt it now works pretty well for me and the way I do archery and with amazingly much power,” Andersen writes beneath his YouTube video. (English is not his first language.) “Then I began to consider: what if this modern technological and powerful bow had existed in history?” the archer adds.

Andersen notes this exercise “is of course not a historical test” as this type of advanced bow did not exist at the time. The Danish archer specifically notes the “materials and fine mechanics did not exist.”

Although it’s unclear how exactly Andersen’s bow is so much more advanced than one from medieval history—aside from the geared wheels that apparently help with consistency—it’s able to penetrate metal plate armor with ease. Presumably it’s the metal arrows that are crucial for allowing the bow to penetrate armor, but Andersen doesn’t give them all the credit. In fact, paradoxically, Andersen says that he has “done several tests with these metal arrows and it is only with the modern rebuilt bow that it works well against this armor, not with my traditional bows.” A nice nod—whether unintentional or not—to the magic of modernity.