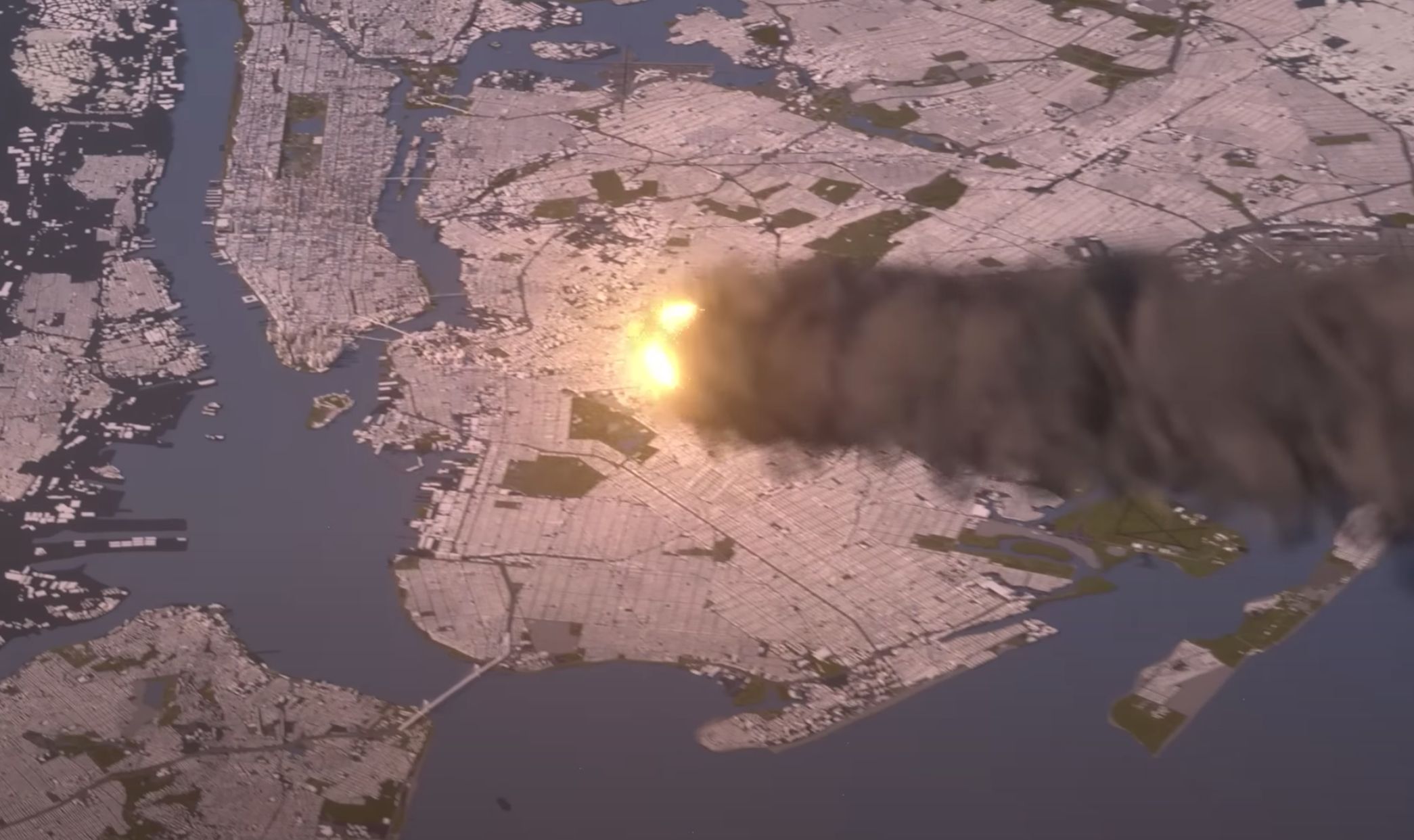 In a new video Spanish YouTuber MetaBallStudios offers a “realistic and scientifically accurate” comparison of impacts from asteroids of different sizes, including a couple that just about annihilate Earth.

In a new edu-tainment video Spanish animator and YouTuber MetaBallStudios (MBS) offers a comparison of the impacts different sized asteroids have had—or would have—on Earth. Including a couple of planet annihilators that would turn our planet into a fiery bulb of magma.

MBS—an animator named Alvaro Gracia Montoya—begins his comparison by noting he uses Hiroshima and Tzar-Bomb (or Tsar Bomba) nuclear weapons as measurement units “for destructive power.” For reference, MBS shows that one Hiroshima nuclear bomb is equivalent to a cube of TNT that’s about 60 feet tall; for one Tsar Bomba, the cube of TNT is as tall as the Eiffel Tower (or about 1,000 feet tall).

The first asteroid to hit Earth has a diameter of about 12 feet, but explodes in the atmosphere, producing .6 Hiroshima bombs-worth of energy that has no impact on the city beneath it. The sizes of the asteroids quickly grow, however, and by the time the asteroids are about 160-ish feet in diameter, things get explosive. As in 388 Hiroshima bombs-worth of TNT explosive; i.e. enough boom! to send most of New York City into fiery disarray.

By the time MBS starts measuring impacts in Tsar Bomba units, things get real grim for humanity. MBS shows an asteroid with a diameter of approximately 1,200 feet, which produces 51 Tsar Bomba’s worth of TNT explosion—enough to utterly annihilate NYC and leave a flaming crater 3.5 miles in diameter.

Once the asteroids surpass the .62-mile-in-diameter mark, the destruction from the impact grows from leveling NYC to leveling New York State and then some.

At around the four-minute mark in the video MBS shows an asteroid more than 12 miles in diameter—i.e. approximately the size of the asteroid that is theorized to have wiped out the dinosaurs. The impact has the equivalent energy of an astounding 8,700,000 Tsar Bomba nukes and enough to absolutely level all of Europe and much, much more of Earth.

The last impact MBS shows is of not an asteroid, but the dwarf planet Ceres (which zooms around in the asteroid belt between the orbits of Mars and Jupiter). When Ceres collides with Earth, it creates the explosive equivalent of—9,040 billion—Tsar Bomba nuclear bombs; an absolutely unthinkable amount of energy—no matter how good the Spanish animator’s graphics are.