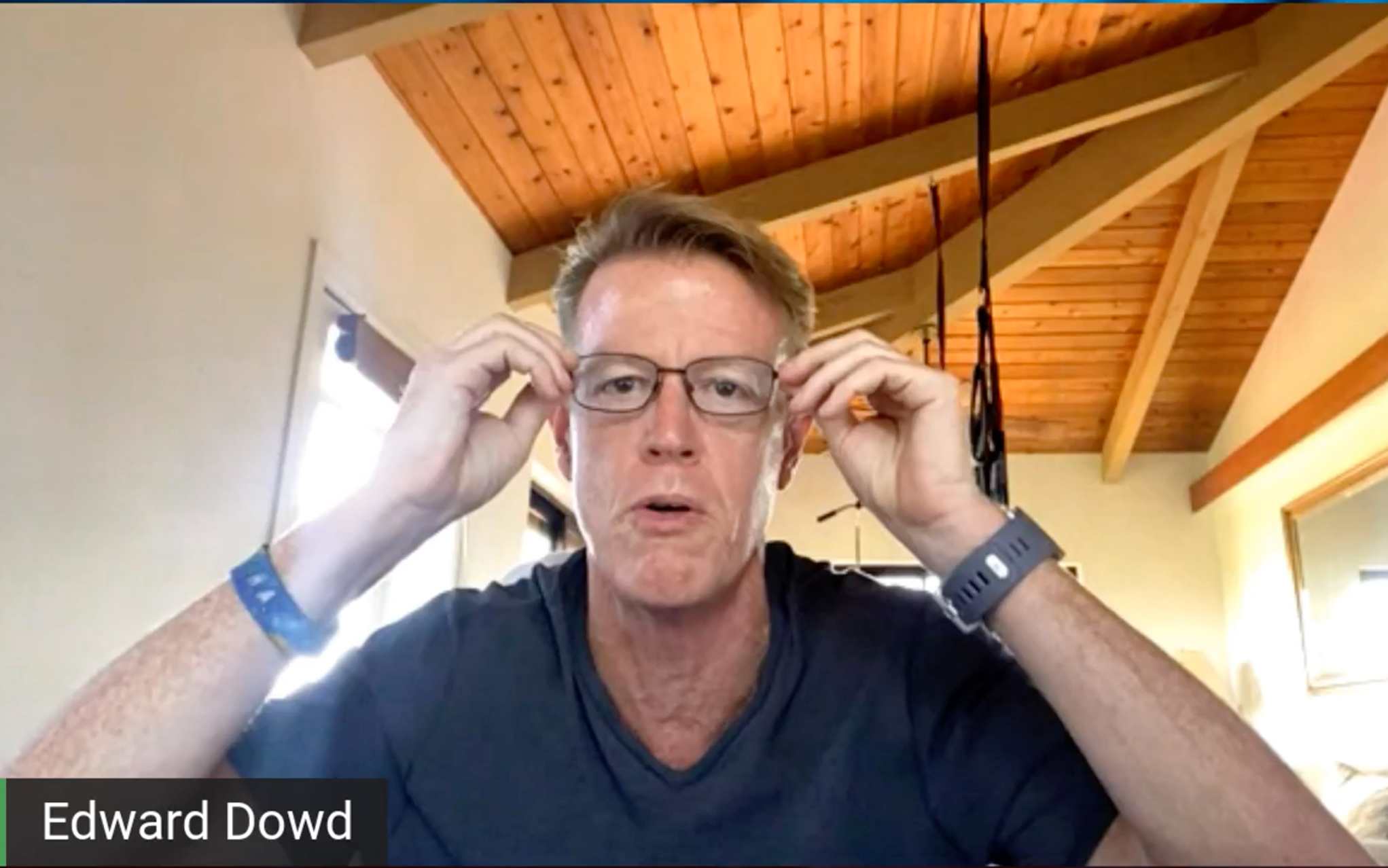 EDWARD DOWD Calls COVID-19 ‘Vaccines’ a ‘Fraud to End All Frauds,’ Adds ‘In the End We’re Going to Win’

Former BlackRock fund manager Edward Dowd, who exploded on the “Team Reality” scene as of March 2022 thanks to his unique point of view on the unfolding COVID-19 saga—often focused on the financial evidence outlining the failure of the COVID-19 “vaccines”—has done a new interview with Robert F. Kennedy Jr.’s Children’s Health Defense (CHD) team, and, as always, brought bombshell reveals. Including the apparent fact that the U.S. Bureau of Labor Statistics has reported an “alarming” increase in reports of disabilities since the COVID-19 “vaccines” rolled out.

“My biggest contribution to this effort is pattern recognition and a thesis that fraud occurred with the data in the Pfizer clinical trials, the Moderna clinical trials, and [the idea that] we’re now seeing the fruits of that fraud in excess mortality and disability,” Dowd tells the CHD team. On this call, M.D.s Meryl Naas and Elizabeth Mumper, as well as Brian Hooker, PhD, Polly Tommey, Aimee McBride, and Andrew Wakefield—a now-famous doctor who was early to speak out about the dangers of “vaccines” in general—listen to Dowd recount the horrors (barely) hidden in official government statistics and insurance industry numbers.

Dowd notes an analyst with whom he’s been working has discovered a database from the U.S. Bureau of Labor Statistics that provides a monthly employment report, and, critically, consists of data captured via a real-time survey. Amongst the questions on the survey, Dowd notes, is one that asks: “Are you disabled or is someone in your home disabled?” The number of ‘yes’ answers, apparently, were flat—hovering at about 29 million per year—for the five years prior to 2021. After the introduction of the COVID-19 “vaccines” in the American population, however, the number of ‘yes’ answers shot up to 31.6 million. And the number will only grow when he and the analyst get the June data, Dowd adds.

In total, Dowd notes there has been a 10% increase in individuals reporting disabilities to the Bureau of Labor Statistics since the COVID-19 “vaccine” rollout. Dowd adds that each respondent to the survey is providing a self-volunteered answer; he notes the survey’s not tied to a claim or doctor’s note and therefore provides no incentive for respondents to lie about the status of themselves or their families.

“It’s a trend,” Dowd says of the Labor Bureau statistics. “If it were a stock, [we’d consider the uptick] a trend change and you’d buy the stock.”

The former BlackRock fund manager says “this is the purest data we have that shows a strong signal that something happened in 2021 and it can’t be explained away by delayed claims, because it’s not tied to any of that—it can’t be explained by really anything.” Dowd adds that “this is a database that has no skin in the game; they’re not trying to hide anything, they’re just asking these questions. So it’s… a signal that indicates to my partner and I that disability’s on the rise.”

The Labor Bureau statistics jive with the insurance industry all-cause death anomaly as well, according to Dowd. “[I]n the second half of 2021, [the insurance industry] saw a huge increase in excess mortality—especially among working-age people,” Dowd says, adding that there was no such change in the first half of 2021 “primarily because the vaccine hadn’t been as wide spread yet.”

The insurance industry “saw a huge jump” in deaths in the second half of 2021 “because of the mandates,” Dowd suspects. He notes the deaths were group life policies; i.e. young, working-age people with good jobs and marketable skills. In fact, for the Millennial cohort—people age 25-44—Dowd says it suffered through “a silent Vietnam War.” Indeed, according to insurance industry data, between March of 2021 and February of 2022 there were an excess 61,000 deaths amongst Millennials. By comparison, 58,000 soldiers died in Vietnam, and that was over a 10-year period.

While some may argue all of these young people died from suicides, accidental drug overdoses, or COVID-19 itself, Dowd deduces that that makes no sense. As the former fund manager notes, the group that saw the increase was necessarily young, employed with good jobs, and skilled; i.e. none of them had the typical profile of somebody who is suicidal, nor prone to drug use. Most importantly, Dowd notes the rate of change in deaths not only also precludes the former two explanations, but also COVID-19 as a cause itself.

The run-up in all-cause mortality—that is, death due to any reason—in the cohort, Dowd explains, happened too quickly for it to be attributed to COVID (or suicides or ODs). The rate of change into the Fall—between August and October—was “alarming” in its speed and “indicated an event had occurred.”

Dowd says the phenomenon has been industry wide; beginning with a statement from the CEO of OneAmerica—a U.S. financial services corporation with more than $75 billion in assets—back in January of this year. In the statement—immediately above—CEO Scott Davidson does indeed note a 40% rise in mortality in the company’s group life business—a fact, he frames at one point, as a loss of $100 million to OneAmerica.

Dowd also notes that in 2020 “the majority of folks who died excessively were older folks,” while in 2021 “there was what we call on Wall Street a ‘mix shift’ to younger aged folks—their rate of increase [in all-cause mortality] accelerated in 2021.”

As for a reasonable response from regulatory bodies like the FDA? Dowd says “they’re doubling down.” He states with certainty that:

“Crimes have been committed and they’re going to continue to go forward… . They think they’re going to get away with this little trick of putting it on the child vaccine schedule so you get immunity; I will say this: When this is all discovered and the court of public opinion shifts, there will be no way that any of this holds up in a court of law—there will be new case law. You violated the spirit of immunity, you committed fraud, this is not going to hold. So they’re doing their little bureaucratic tricks thinking they’re going to weasel their way out of this and what they’re doing is they’re ensuring their [own] conviction and [the] justice coming at them.”

On top of the statistics from the Labor Bureau and the insurance industry, Dowd also notes funeral home company stocks have recently hit new all-time highs; he quotes one funeral home company CFO as stating: “We thought business would be declining back towards normal by now. What we’re seeing can’t be explained by COVID.”

“The evidence is in,” Dowd says toward the end of the video. “[T]his is a travesty that I can’t believe is going on and hasn’t been stopped.” Despite the apparent fact these poisonous injections are doing enormous harm, and stand as a “fraud to end all frauds,” Dowd claims confidently that “In the end we’re going to win.”