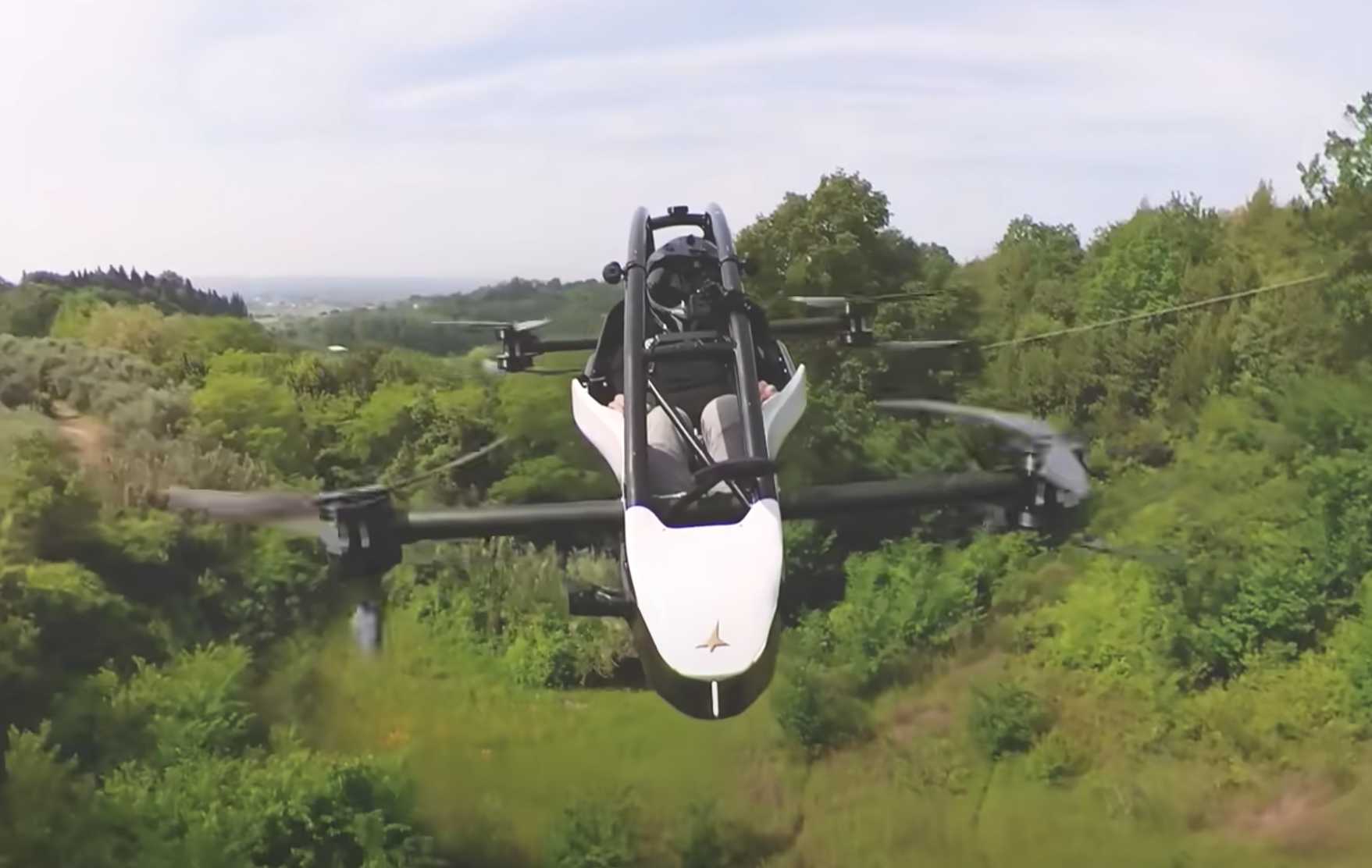 Jetson, a company that’s on “a mission to change the way we travel,” has posted its founder’s thrilling “commute to work” in one of their $92,000 electric, personal aircraft.

Jetson, a personal-aircraft company that’s on “a mission to change the way we travel,” has posted a new video of its Jetson ONE EVTOL (electric vertical takeoff and landing) in action, this time around carrying company co-founder Tomasz Patan through the air on his “commute to work.” The “commute” just so happens to be over what is essentially a forest with an endpoint of a literal landing pad in the back of a large home in the hills, but the trip is still a good proof-of-concept anyway. (For rich daredevils.)

“We are incredibly proud to share that after months of rigorous trial and testing we completed the World’s first EVTOL commute,” the company writes in the description for the video, which is immediately above. Patan, a co-founder of Jetson and Jetson ONE’s inventor, flies the electric personal aircraft in the video. The company notes that by using the Jetson ONE Patan was able to reduce his commute time by “an impressive 88%.” (Note there are, undoubtedly, a lot of windy roads up in the featured hills covered with mansions, which would surely add to any drive time Jetson used for comparison.)

This is a “momentous occasion for the emerging EVTOL sector,” the company adds in its video’s description. “As pioneers, we are focused on further pushing the envelope during this aviation Renaissance.”

As for the EVTOL’s tech specs, it only weighs 190 pounds—which seems exceptionally light—and is able to travel up to 63 mph. The Jetson ONE is also able to take a pilot who weighs up to about 200 pounds, and fly for approximately 20 minutes on a full battery charge. I.e. more than enough time to commute from one’s home mansion to their work mansion.

For safety, the Jetson ONE has a triple redundant flight computer and can fly with the loss of one of its rotors. The EVTOL also has LiDAR to track terrain in order to avoid crashes. Plus a “ballistic parachute” with a rapid deployment time. “Rapid” would be pretty key for safety as it looks like the Jetson ONE flies about 200 feet above the ground.

To order a Jetson ONE, a down payment of $22,000 is required. And then a final payment of $70,000 when your Jetson ONE is ready for delivery at the factory. You’ll need also need to partially assemble the Jetson ONE if you purchase it. Which sounds even scarier than actually flying the very sharp, very rotationally active open-air vehicle.