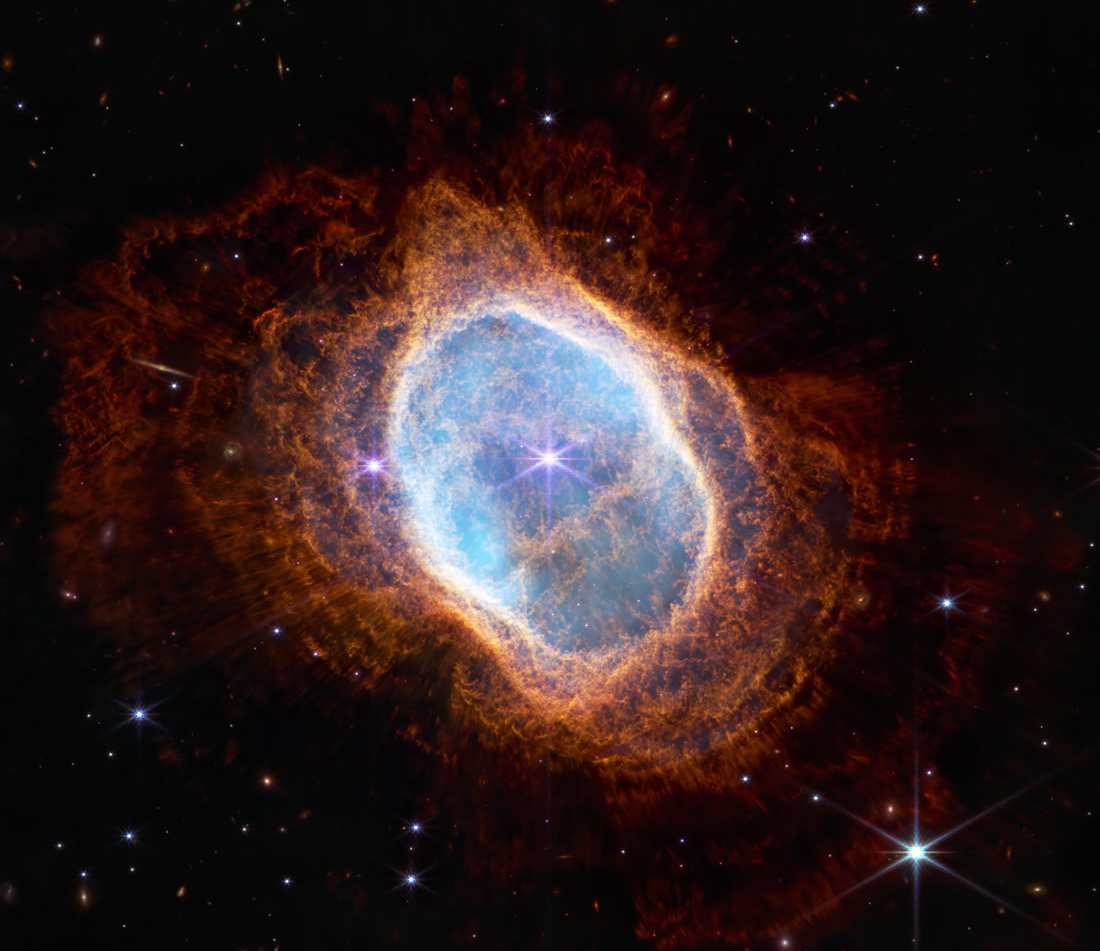 Following the release of the first full-color image from NASA’s James Webb Space Telescope, the space agency has released several more images, including one of the Carina Nebula (a young star-forming region), and Stephan’s Quintet, a visual grouping of five galaxies.

NASA recently released the first-ever full-color image captured by the James Webb Space Telescope (JWST), and has now added on several more that are just as astounding. The new handful of full-color images include ones of the Carina Nebula—a young, star-forming region of space—as well as Stephan’s Quintent, a visual grouping of five galaxies.

“The dawn of a new era in astronomy has begun as the world gets its first look at the full capabilities of NASA’s James Webb Space Telescope a partnership with ESA (European Space Agency) and CSA (Canadian Space Agency),” NASA writes in a post outlining the images. The space agency adds that the “target” celestial objects in the pictures “represent the first wave of full-color scientific images and spectra the observatory has gathered, and the official beginning of Webb’s general science operations.”

In the image at top—dubbed “the Cosmic Cliffs”—the “seemingly three-dimensional” image is, in reality, the edge of a giant, gaseous cavity within NGC 3324; an “open cluster” of thousands and thousands of stars all formed from the same giant molecular cloud and all having roughly the same age.

“The cavernous area has been carved from the nebula [the giant celestial cloud of gas and dust] by the intense ultraviolet radiation and stellar winds from extremely massive, hot, young stars located in the center of the bubble, above the area shown in this image,” NASA says. The space agency also highlights the fact that the tallest “peaks” in the image are approximately 7 light-years high.

In the image immediately beneath the Cosmic Cliffs is an image of “Stephan’s Quintet,” which is a “visual grouping” of five galaxies; four of which form the first compact galaxy group ever discovered. NASA notes the image is full of “Sparkling clusters of millions of young stars and starburst regions of fresh star birth” as well as “Sweeping tails of gas, dust and stars” being pulled from several of the galaxies due to gravitational interactions.

Incredibly, NASA says JWST’s image of Stephan’s Quintet is the space telescope’s largest image to date and contains over 150 million pixels and is constructed from almost 1,000 separate image files.

Immediately above is an image of a planetary nebula, cataloged as NGC 3132, and known informally as the Southern Ring Nebula. (A planetary nebula is a region of cosmic gas and dust formed from the cast-off outer layers of a dying star.) NASA says the dimmer star at the center of the image has been pulsing rings of gas and dust outward in all directions for thousands of years; for the first time, the space agency says the image reveals the star is cloaked in dust.

In a tweet posted by “adventure astronomer” Ian Lauer—immediately above—we see a juxtaposition of the Southern Ring Nebula as captured by Hubble (left) and by JWST (right). As Lauer notes, JWST’s new image does indeed allow us to peer into the death of a star with “mind-blowing detail.”

In the infographic immediately below NASA shows how JWST captured the distinct signature of water and evidence for clouds and haze, in the atmosphere surrounding a hot, puffy gas giant planet orbiting a distant Sun-like star.

NASA says JWST’s observation of the star reveals the presence of specific gas molecules based on tiny decreases in the brightness of certain colors of light. The space agency notes observations like this one demonstrate how the new space telescope can analyze the makeup of planetary atmospheres hundreds of light-years from Earth.

For context, note that in a tweet thread the JWST team said that “Webb actually record[s] light in black and white. [It uses] filters that allow only a specific color of light through. The filtered images are then individually colored by scientists and image processors, then combined.”