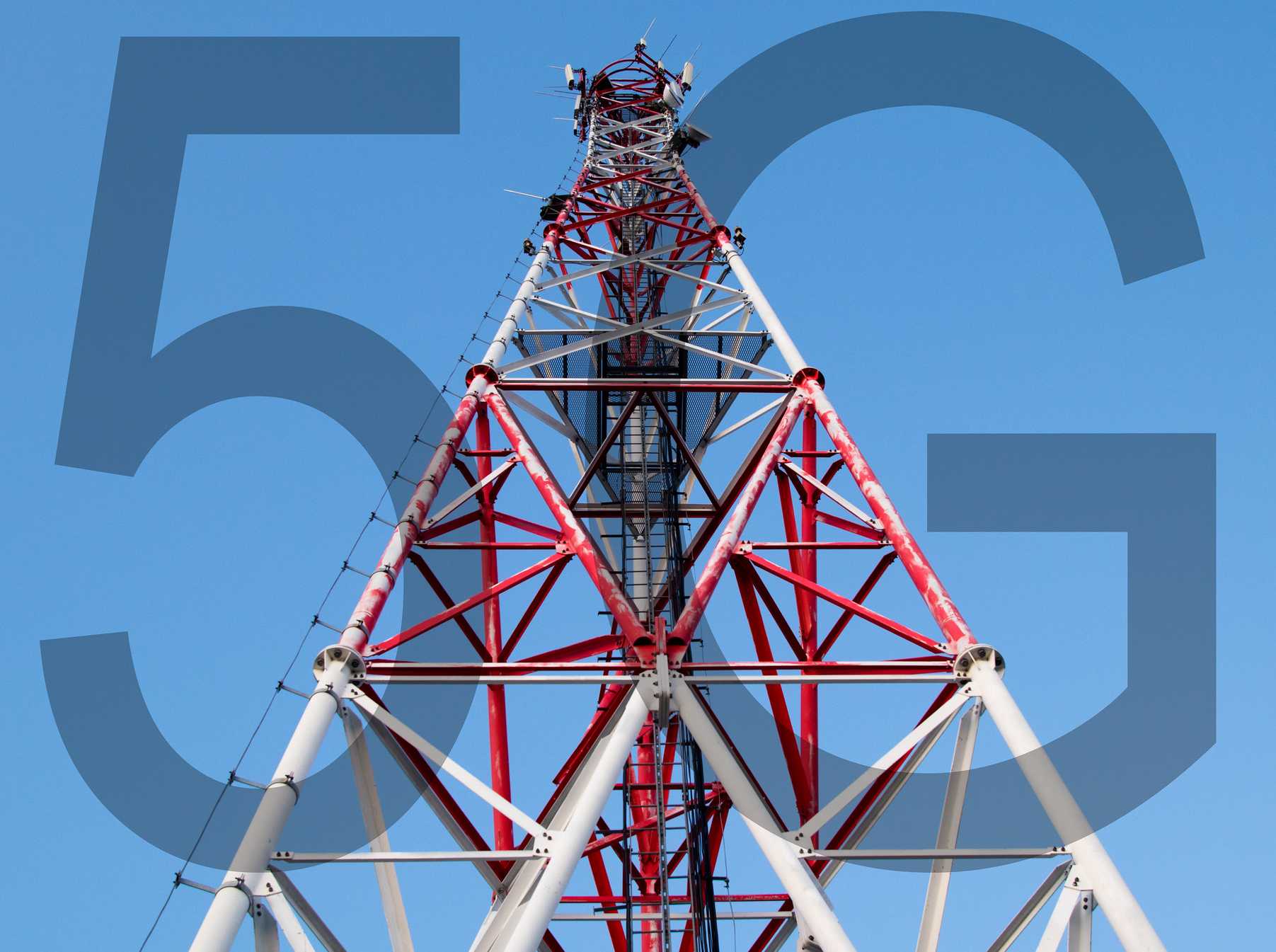 Although it’s become a “conspiracy theorist” trope, there is, apparently, evidence in the scientific literature that 5G—that is, fifth generation wireless communications radiation (WCR)—may have deleterious effects on people’s physiology. Despite the dubious claim, specifically in the context of COVID-19, two studies in peer-reviewed journals have concluded that the wireless communications tech does lead to overall worse outcomes or case numbers, or both. Although the researchers themselves leave room for argument, and many major obstacles to plausibility remain.

The two studies, a review article published in the Journal of Clinical and Translational Research, and a research article in the European Society of Medicine (ESMED) were conducted independently, but both published in 2021. Neither has seemingly received much coverage in the media, although the now-famous “Canadian Gym Bro” Chris Sky did post a brief video (above) highlighting the findings of the former study.

For the study in Translational Research, Beverly Rubik in the Department of Mind-Body Medicine, College of Integrative Medicine and Health Sciences at Saybrook University in California and Robert R. Brown, in the Department of Radiology at the University of Pittsburgh Medical Center in Pennsylvania, analyzed the “peer-reviewed scientific literature on the detrimental bioeffects of WCR and identified several mechanisms by which WCR may have contributed to the COVID-19 pandemic as a toxic environmental cofactor.”

Rubik and Brown report they examined over 250 peer-reviewed research reports from 1969 to 2021, including reviews and studies on WCR as it relates to cells, animals, and humans. The researchers report their approach for the study was “akin to Literature Related Discovery,” in which two concepts that have heretofore not been linked are explored in the literature to look for “linkages” that produce novel insights.

As for findings, the researchers say “There is a substantial overlap in pathobiology between COVID-19 and WCR exposure.” Rubik and Brown add that the evidence they found in the literature “indicates that mechanisms involved in the clinical progression of COVID-19 could also be generated, according to experimental data, by WCR exposure.”

Indeed, the researchers found significant overlap between the negative exposure effects of WCR and those of a symptomatic case of COVID-19. Both WCR and COVID-19, Rubik and Brown discovered, cause deleterious blood changes, as well as cardiac effects. For example, the researchers note that both WCR and COVID-19 are associated with rouleaux in the literature. As Biron.com notes rouleaux are “clumps of red blood cells that look like stacked plates” that “usually form as a result of abnormal quantities of certain proteins (immunoglobulin, fibrinogen) in the blood.”

Along with rouleaux—which is shown in the image below pulled from the ESMED study—Rubik and Brown also found that both WCR and the “novel coronavirus” cause oxidative stress, immune system disruption and activation, and increased intracellular calcium. In regards to immune system disruption, both COVID-19 and WCR cause a suppression of T-lymphocytes. (The authors also note there is a correlation between oxidative stress and thrombogenesis, which itself is associated with COVID-19.)

While the researchers urge epidemiologists and other health authorities to consider the effects of 5G on people’s general health and their health in the context of COVID-19, they state unequivocally that they don’t know if 5G is actually exacerbating COVID-19 in any way.

“Evidence from the literature summarized here suggests a possible connection between several adverse health effects of WCR exposure and the clinical course of COVID-19 in that WCR may have worsened the COVID-19 pandemic by weakening the host and exacerbating COVID-19 disease,” Rubik and Brown write in their conclusion. “However, none of the observations discussed here prove this linkage. Specifically, the evidence does not confirm causation.”

The study in ESMED, on the other hand, does venture to claim that their “statistical analysis showed that exposure to 5G mmW (which is present in combination with 1G-4G and other RFR sources like WiFi) is a statistically significant factor associated with higher COVID-19 case and death rates in the U.S.” Although the authors do also claim that “5G did not cause COVID-19… .”

The authors of the ESMED study, including Angela Tsiang and Magda Havas, the latter at the Trent School of the Environment at Trent University in Ontario, Canada, came to their conclusions by looking at locations around the globe, and comparing their COVID-19 outcomes—via case and death numbers—and their relative exposure to 5G wireless radiation; in the U.S., specifically 5G millimeter wave (mmW) radiation, which, as Mac Rumors notes, “is the super-fast 5G that most people are talking about when they talk about 5G speed improvements… .” (Mac Rumors adds that “mmWave 5G networks [which operate at higher frequency radio bands ranging from 24GHz to 40GHz] are ultra-fast, but they’re also ultra-short range.” Meaning with mmWave technology, “you need to be within about a block of a 5G tower, which isn’t feasible in suburban and rural areas.”)

“5G mmW index was a statistically significant factor for the higher case and rates in all three analyses, while population density, air quality and latitude were significant for only one or two of the analyses,” Tsiang and Havas conclude. Specifically noting that “Based on multiple linear regression, if there was no mmW exposure, case and death rates would be 18-30% lower for 5G mmW [U.S.] states and 39-57% lower for 5G mmW [U.S.] counties.”

Tsiang and Havas highlight U.S. “states” and U.S. “counties” as places that could’ve seen such a decline in case and death rates had they not had 5G mmW exposure because, as the authors note in their study’s results, “none of the European countries was using mmW for 5G as of February 2020 and mmW spectrum was not even assigned to any European country except Italy… .” (“Assigned” meaning the European governments had yet to bid out the particular frequencies to private telecom companies.)

Tsiang and Havas found the same pattern regarding state comparisons. “The average rate of cases and deaths was much higher for the mmW states compared to the non mmW states, and these differences were statistically significant with p-values between 0.005 to 0. 046,” the authors report. “There were almost twice as many cases per million (2,500 vs. 1,288, ratio 1.94) and more than twice as many deaths per million (126 vs. 55, ratio 2.29) for states with vs. without mmW technology.” Again, the authors found the fatality rate (deaths per case) was higher for states with 5G mmW, but was not statistically significant.

Despite the fact that Rubik and Brown say that “WCR has become a ubiquitous environmental stressor that… may have contributed to adverse health outcomes of patients infected with SARS-CoV-2,” and Tsiang and Havas’ claim that their “results show a statistically significant increase between the COVID-19 attributed cases and deaths in states and counties in the U.S. with vs. without 5G mmW technology,” the argument that 5G radiation exacerbates COVID-19 illness still seems (at least to this writer), largely dubious.

Take, for a counter example, South Korea. South Korea was the first to roll out 5G—out of any country in the world—when it did so in April of 2019. And yet the country remained nearly devoid of COVID-19 (see immediately above); that is, until 2021, after the arrival of COVID-19 “vaccines,” which are unequivocally associated with increased infection on the population level.

Furthermore, in the ESMED research article, the authors note that the U.S.—the only country at the time of the COVID-19 “pandemic” to have 5G mmW networks operating—had a death rate of 500 per million. If 5G mmW operates at the higher frequency radio bands, and if those are supposedly more detrimental to people’s health, then the U.S. should’ve seen the absolute worst death rate per million versus European countries. Instead, it would have just made the top five of the European countries worst-hit with 5G, with non-mmW 5G Belgium still at the number one spot with 851 deaths per million.

There are also, of course, an incredible number of confounding variables to consider with such a broad study (multiple countries, hundreds of millions of people, etc.). And even though Tsiang and Havas controlled for things like latitude and population density, it’s easy to imagine other confounders, not thought of by the authors, at play. Perhaps U.S. counties and/or states with fewer 5G mmW towers had healthcare professionals more amenable to early treatment not supported by CDC or FDA guidelines, for example.

Regardless of the veracity of the authors’ findings or the merit of the counter-points proposed here, it seems worthwhile to conduct further research on the safety of 5G mmW towers. It’s certainly difficult, after all, to imagine any person living within a block of one of them and not worrying—at least a tiny bit—about his or her own health.