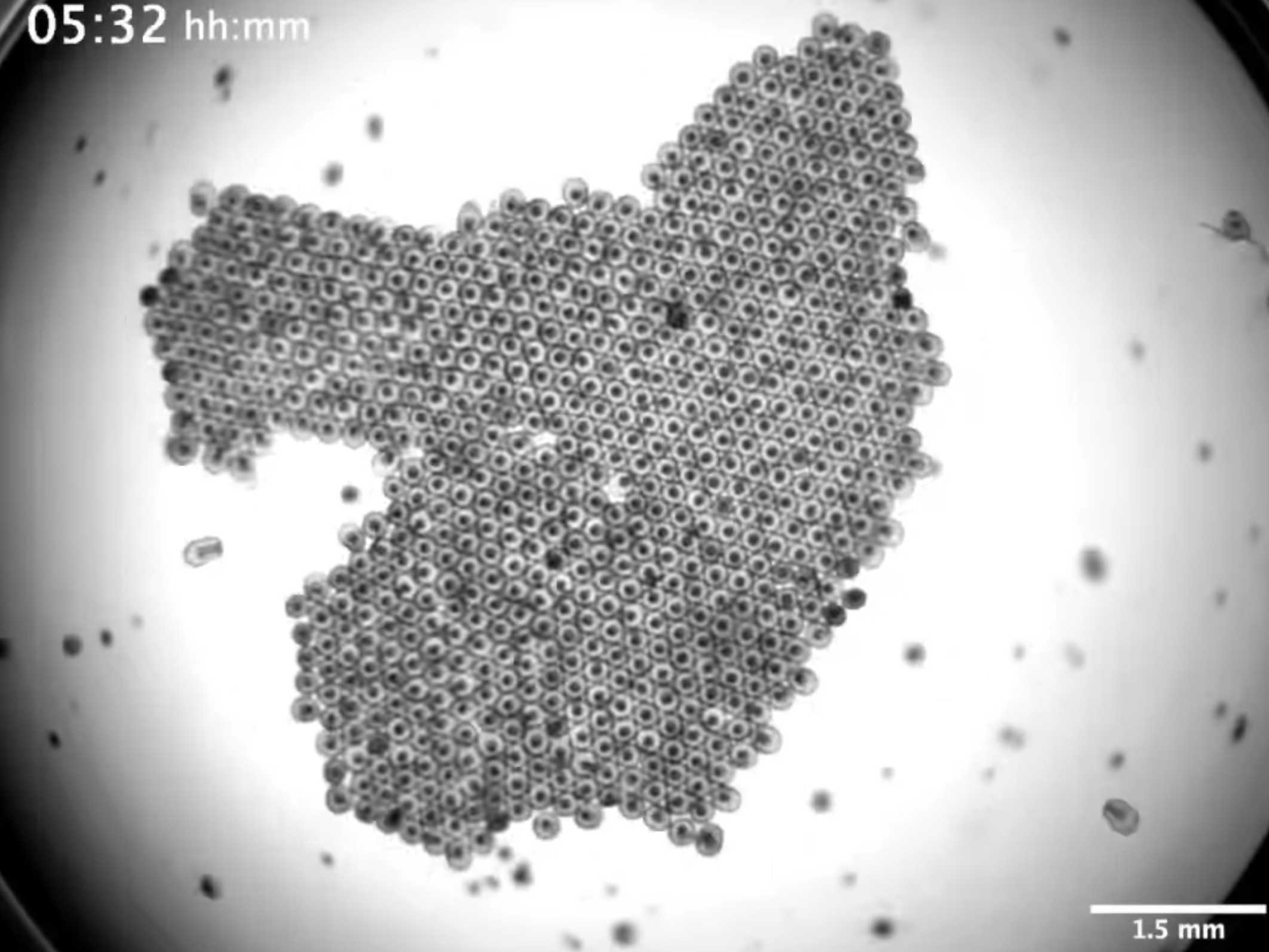 Physicists at MIT have observed starfish embryos “naturally creating a crystalline structure,” which they say could inspire future generations of tiny “robotic swarms.”

In a new study published in Nature, a team of physicists from the Massachusetts Institute of Technology (MIT) says it has observed, for the first time ever, starfish embryos “creating a crystalline structure.” The head of the lab that performed the study, Nikta Fakhri, says the embryos’ unique ability to form crystalline structures means they are suitable inspiration for small-scale “robotic swarms.” Perhaps ones that will ultimately work as well as these forest navigating drone swarms, and be as small as these tiny electric crabs?

“We have crystals of many materials but we have never really related the formation of a crystal with components that are actually living,” Fakhri says in the Nature video immediately below. The “living crystal” forms as a result of the individual embryos spinning around near each other in water; when two of the spinning embryos interact—both spinning in the same direction—the forces between them ultimately make for a lattice structure with “strange properties.”

Fakhri and her team say these starfish embryo observations help to illuminate a branch of physics called “active matter.” The lab head, who’s an associate professor of physics at MIT, explains that “active matter refers to any collection of entities that individually use energy to generate their own motion and force.” One other instance of active matter Fakhri offers is a flock of birds: the flock is made up of individuals with their own motion, but when in a collection, can spontaneously form larger-scale shapes.

The result of the starfish embryos’ unique formation behavior is “a crystalline material… made from a repeating arrangement of particles” much like atoms lined up in identical rows and columns that form a crystal; albeit on a much larger scale.

Interestingly, the physicists note that one of the “strange properties” of the living, embryonic crystals, is that there are “very large-scale waves” going through any given one of them—indeed, the waves are as large as the crystals themselves. These waves “persist for a very long time” thanks to the “active nature” of the embryos, the video’s narrator notes.

“We show (1) sea star embryos self-assemble into 2D crystal and (2) due to chiral embryo rotation, the crystal exhibits odd elastic dynamics!” study author Tzer Han Tan said in a tweet (immediately above). He also posted a brief GIF of the starfish embryos orbiting around each other before zipping into place on the outer edges of one “living crystal” or another.

Ultimately, Fakhri says she and her team can “take this [embryonic crystal] design rule and encode that into small robots.” Fakhri adds that she “can [create] a collection of these robots and then what [she] will end up actually building is a robotic swarm.” Because, again, researchers apparently just can’t get enough of tiny, robot swarms. (For some reason… .)