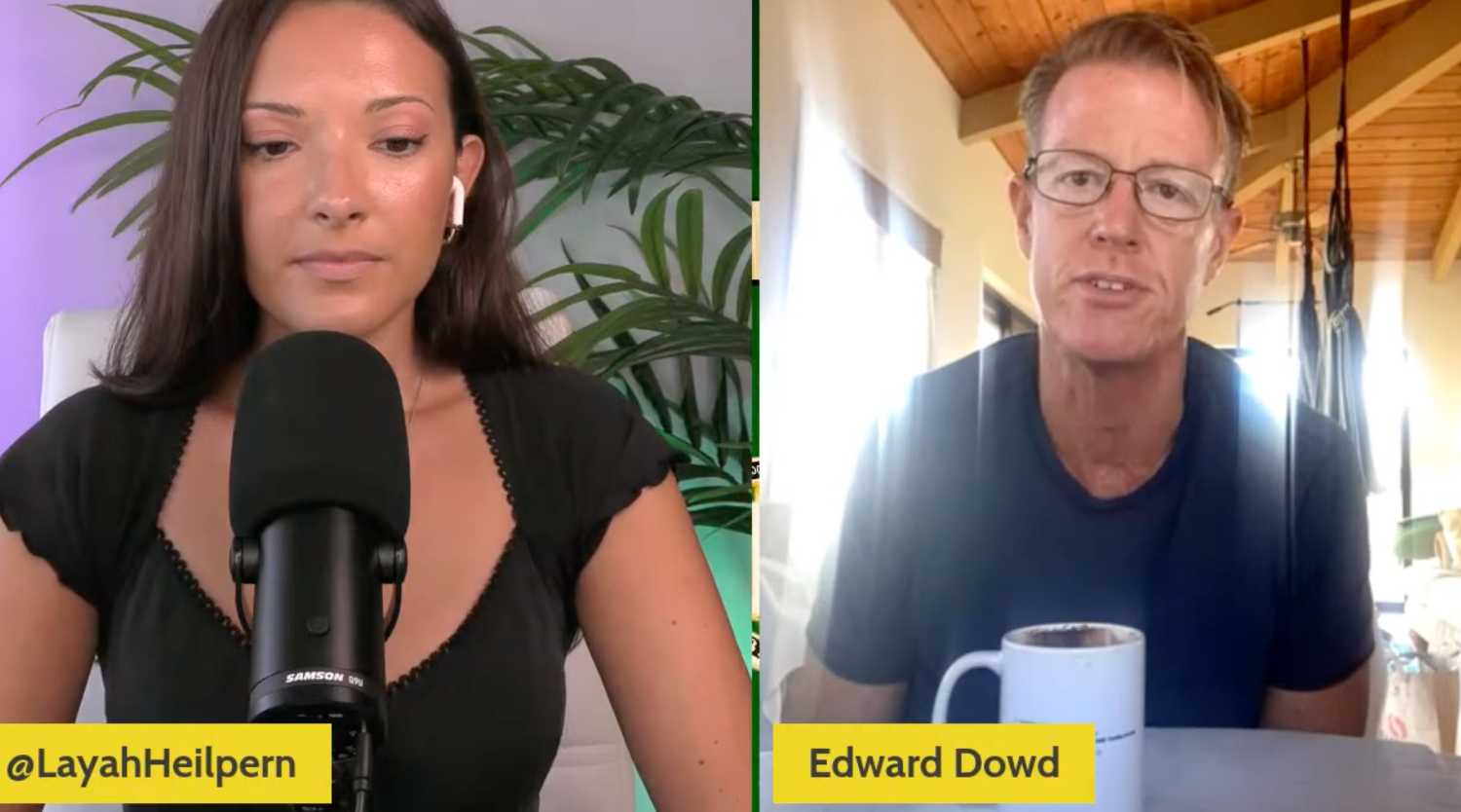 In a new interview with Layah Heilpern former BlackRock fund manager Edward Dowd says COVID’s “being used as cover to prevent the coming riots from the financial collapse” and that everybody’s pension fund is “broke.”

Note: Dowd refers to the COVID-19 “vaccines” as “the magic juice” in the video because of YouTube algorithms seeking to censor videos discussing the massively harmful injections.

In a new interview with “Bitcoin maximalist” and author Layah Heilpern former BlackRock fund manager Edward Dowd continues on his mission to be “early, right, and loud” about the extraordinary dangers of the COVID-19 “vaccines.” Dowd, who has been sounding the alarm over the “vaccines”—as well as the bankrupting of sovereign nations by central bankers and politicians—offers new insights in the interview, including how “COVID is… being used as cover to prevent the coming riots from the financial collapse.”

The “great financial crisis never really went away,” Dowd says toward the beginning of the interview, setting the stage for his COVID thesis. He explains that “all that fraud—that banking fraud—went on the balance sheets of the central banks. So for the last 12 years, it’s been central banks printing money and governments overspending money to keep the economies alive around the globe for the last 12 years.” (Hence Dowd applying the term “zombie economy” to the world’s financial system over the past 12 years.)

In the block transcription immediately below Dowd goes on to elaborate how this banking fraud on central banks’ balance sheets has led to the supposed COVID “crisis.” (Note that when Dowd refers to the “repo crisis” in 2019 he is referring to a crisis wherein the sellers and buyers of government securities—specifically the largest four banks in the U.S., including Bank of America, J.P. Morgan, et al.—were unable to keep doing so because of a “liquidity crisis.” That is, the Federal Reserve Bank had stopped pumping money into the repo—or “repurchase agreement”—market, which has a turnover rate of $1-2 trillion per day.)

“[I]n the Fall of 2019 there was a repo crisis at the central banks and the global economies were rolling over. And even without COVID, we would’ve rolled into a recession. So COVID provided a convenient excuse for these guys to print unprecedented amounts of money and borrow and it also gave them emergency powers to buy corporate credit—so basically, the Fed averted [an] economic slowdown by printing [money] and then we had another two years of inflated Fed bubbles, which recently have popped. And we are now at the end of what I think is the debt-based monetary system as we know it. And you can tell that’s happening because they keep floating the idea of a central bank digital currency. You see financial markets, crypto, everything careening lower; we’re at the end, and so, [in] the next two years we should see the introduction of some sort of new monetary system. I call it ‘Bretton Woods Four.’ So we’ll see what happens. My hope is that we all have a seat at the table. And nameless, faceless bankers don’t create… a central bank digital currency [that] will be linked to everything and, essentially, [will allow them to] do social credit scores with it.”

Dowd goes on to say that “COVID is also being used as cover to prevent the coming riots from the financial collapse. And so [those in power] needed a system of control in place.” He adds the central bankers “needed to divert people from the real cause of what’s going on; which [is that] the central bankers, and the politicians, they’ve bankrupted the world. Most people don’t know this, but the social contract has been broken.”

Dowd explains that the social contract being broken means that “All the pensions—they’re broke. And eventually [sovereign governments] can’t pay those. And they know that.”

The former BlackRock fund manager goes on to explain that the whole financial system—since 1913—has relied on constant credit creation. Dowd explains that, time and again, the Fed has lowered interest rates, created an economic boom that would eventually lead to excess—and inevitable fraud “somewhere in the system.” In other words, the Federal Reserve Bank creates “easy monetary conditions” that lend themselves to “malfeasance and self-enrichment by psychopaths.” In 2019, the fraud grew to such a size that Dowd says “it… enveloped everything.” Including the Federal Reserve, and all of the other sovereign banks around the world. (Other examples of these massive, fraudulent bubbles Dowd offers up include the “.com” bubble and the 2008 subprime mortgage bubble.)

These fraudulent events, however, are not due to “a bunch of guys cackling” and making plans in some smoke-filled back room according to Dowd. Instead, he says, it’s the system itself.

“Basically, if I was the devil and I wanted to create wars and havoc and economic booms and busts, I would create the current federal reserve system,” Dowd says. “So it’s inherently unstable, it’s inherently prone to fraud.”

Despite the systemic fraud in the world’s current financial system, Dowd, as usual, maintains an overall sunny outlook on the future—at least once we’re done with the socioeconomic “winter” we currently find ourselves in.

“[A]bout 30-40% who took the magic juice—at least first two and maybe booster” are going to start getting COVID “again and again” Dowd says. At which point they’ll be “pissed.” This massive “vaccine” failure rate, will, Dowd believes, lead to the conversion of “a lot of people over to the fact they’ve been defrauded.”

“The numbers [of deaths and injuries due to the COVID ‘vaccines’] I’m seeing are so ridiculously large that that people are going to start one by one waking up,” Dowd says.

The former BlackRock “lead steer” also says that “bureaucratic tricks won’t work when the court of public opinion shifts” against the COVID-19 injections. “Come the Fall, it’s going to become very apparent to all the magic-juice people that something’s wrong,” he adds.

Dowd even believes that the “clownish” villains on the world stage—including Klaus Schwab and the rest of the World Economic (WEF) clique—“may have been set up to be the fall guys and they don’t know it.” He specifically notes the clownish idea that the elites want the peonage to eat bugs “is hysterical because they seem to think that meat causes global warming and chickens and cows cause global warming and they want to shut off that food source.” He adds that he believes they don’t want us eating meat because “without protein, eventually, you get sick and you become weak. You need protein.”

There are still major threats and catastrophes on the time horizon of the next several years. Dowd notes that, in regards to countries collapsing financially, “Sri Lanka has gone belly up, Ecuador is disintegrating, Argentina’s disintegrating… you see what’s going on in the Netherlands, the farmers are rising up because they [the WEF clique/central bankers] are trying to basically steal their land.” The former fund manager adds that now they’ll use ESG criteria (that is, “environmental, social, and corporate governance” criteria) and “climate control” as “a means of theft.”

Dowd also notes that the reason the world’s been having “this curious labor shortage” is because of “people dropping dead” and being “disabled” after taking the COVID-19 “vaccines.” (A problem that will undoubtedly grow worse over the next decade—at least.)

The most actionable advice Dowd offers in the interview is the need for people to “build up human capital of likeminded individuals where you guys are going to favors for each other that have nothing to do with money, but they have to do with values and trust.” He says that “if you don’t have those, you’re doomed.” 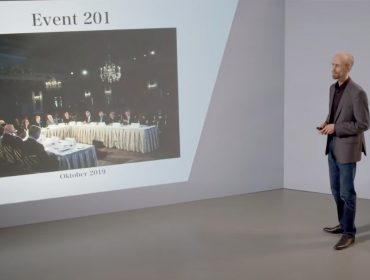