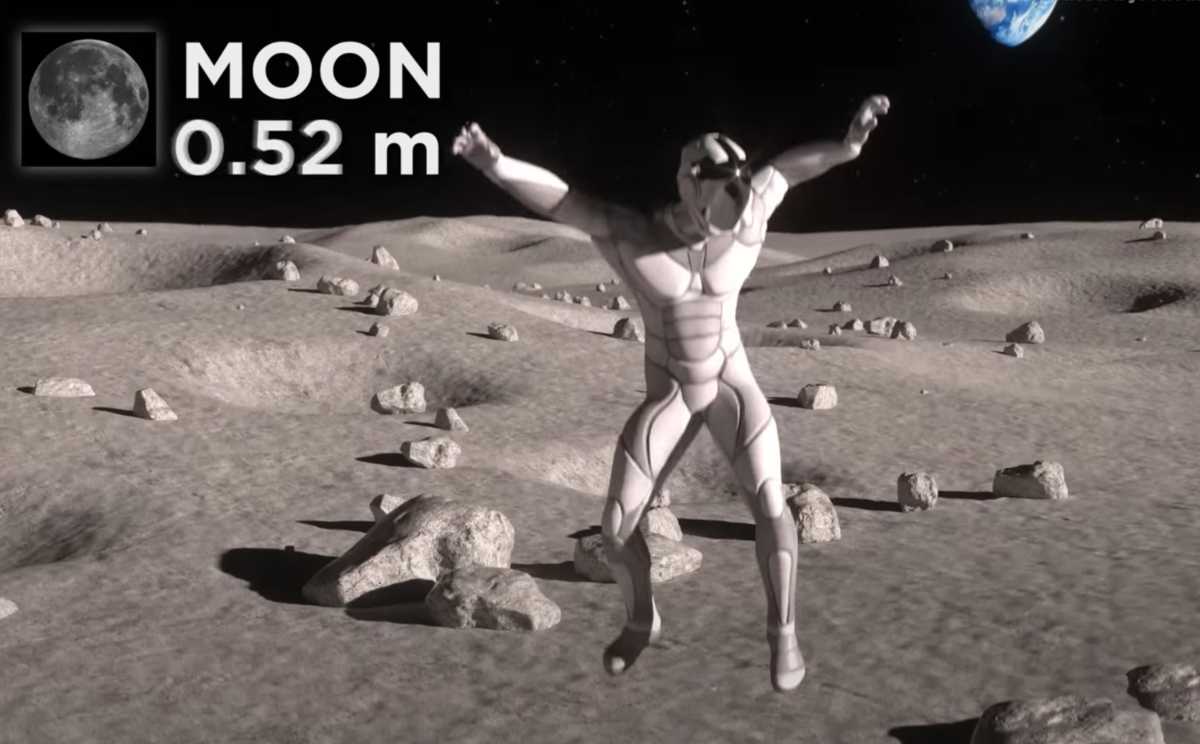 In a new video YouTuber MetaBallStudios shows how high a person could theoretically jump on different planets and moons in the solar system.

Spanish edu-tainment animator and YouTuber MetaBallStudios (MBS) recently released a video showing how much mass a person could lift on different planets and moons—in the form of a squat rack, no less. Now, in a follow-up video, MBS shows us how high a person could jump on different bodies in our solar system. And, spoiler alert, the Martian moon Phobos seems like far and away the most entertaining leaping-off point.

MBS—a.k.a. Alvaro Gracia Montoya—notes he and his colleagues present “the average jump height of a person” on Earth, as well as “its equivalent” on other worlds in our solar system; including a few that would allow you to leap over buildings like a superhero.

The video starts out with our featured astronaut jumping a (mildly) respectable 1.5 feet on Earth. A height we’re all obviously used to, and one that’s roughly equivalent to that of Neptune (1.3 feet) and Venus (1.6 feet). Something that’s good to know in case future generations want to hold any quotidian off-world basketball games.

Once the featured astronaut starts yeeting himself off of bodies like the Moon and Pluto, things get fantastical. On our very own moon, the astronaut is able to jump nearly 9 feet into the (nonexistent) air. On Pluto, he’s able to ascend to a height of more than 23 feet. MBS also shows a leap on Mars, but at about four feet high it’s not too incredible compared to the average one on Earth.

On the dwarf planet Ceres, the jumping high point is an astonishing 52 feet; a height that is absolutely obliterated, however, by Uranus’ moon Miranda, which allows the average-jumping astronaut to spring 187 feet off the ground before floating back down.

Completely blowing that height out of the water, however, is the average-jump height on Mars’ moon Phobos. On the tiny moon—which is only 13.8 miles in diameter, with a mass of just 24,000 pounds—the featured astronaut is able to jump more than 2,500 feet off the celestial body. Which basically seems to rocket him into orbit. Of course that’s not literally true, but maybe could be in the case of a LeBron James or Michael Jordan or some kind of robot with mad hops.