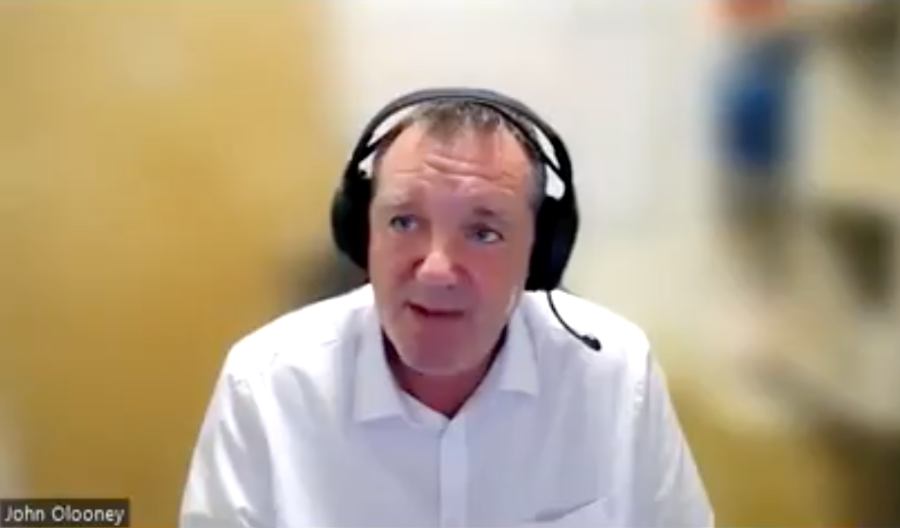 In a new interview with David Nino Rodriguez British funeral director John O’Looney describes how he’s seen clots like “white calamari” in the arteries of dead people who had been “vaccinated” against COVID-19. He also discusses the possibility of “babies dying in unprecedented numbers.”

British funeral director and undertaker John O’Looney—who owns and runs his own funeral home in Milton Keynes in Buckinghamshire, England—has been one of the most outspoken individuals in the mortuary field regarding the strange clots presenting in the bodies of COVID-19 “vaccine” recipients. In a new interview with heavyweight boxing champion and podcaster David Nino Rodriguez O’Looney expounds on what he’s been seeing in his funeral home as of late; including those very same strange clots, which the funeral home director says look and feel like “white calamari.” A bizarre and unique description to be certain. As well as one that matches perfectly to that offered by veteran embalmer Anna Foster from Carleton, Missouri, who recently described the clots as “uncooked calamari” in an interview with Steve Kirsch.

“I’ve seen more [dead] people in the last 12 months under 40 than I’ve ever seen in 15 years,” O’Looney tells Rodriguez toward the beginning of the interview. Prior to discussing the calamari clots, O’Looney gives the broad strokes of what he’s been seeing in his field. He adds that he’s “still in touch with a lot of people that work for the big funeral providers and they’re telling [him] the same things.”

O’Looney even tells Rodriguez that he’s “had 70 or 80 other people in the industry reach out and thank [him]” for telling the truth. He says he’s “even had them tap [him] on the shoulder at the local crematorium and say ‘well done for speaking out.'” O’Looney says his response is usually something along the lines of: “Well that’s great, but what about if you speak out?”

Indeed, it seems like there is most certainly something to speak out about. Especially considering the fact that O’Looney’s reports of more dead bodies than usual coming into his home align perfectly with a statement from the CEO of OneAmerica—a U.S. financial services corporation with more than $75 billion in assets—from back in January of this year. In the statement—immediately below—CEO Scott Davidson highlighted a 40% rise in mortality in the company’s group life business—a fact, he framed at one point, as a loss of $100 million to OneAmerica.

O’Looney estimates he’s seeing an increase in dead people coming into the home of “about 25 [to] 30 percent.” But the funeral director says “it’s not so much the increase, it’s the people who are dying. People in their 20s and 30s and 40s. People that wouldn’t normally be dying.”

This statistic jives with what billionaire and former BlackRock fund manager Edward Dowd has observed. The insurance industry “saw a huge jump” in deaths in the second half of 2021 “because of the mandates,” Dowd said in a recent interview with Children’s Health Defense Fund (CHD). Dowd noted the deaths were group life policies; i.e. young, working-age people with good jobs and marketable skills. In fact, for the Millennial cohort—people age 25-44—Dowd has said it suffered through “a silent Vietnam War.” Indeed, according to insurance industry data, between March of 2021 and February of 2022 there were an excess 61,000 deaths amongst Millennials. By comparison, 58,000 soldiers died in Vietnam, and that was over a 10-year period.

“[T]here are a lot of babies dying in unprecedented numbers,” O’Looney tells Rodriguez. And while he stresses he’s not seeing them firsthand, he says another funeral director in London produced a video “a while ago” saying “there were lots of babies dying; so many that they didn’t have room for them in the pediatric fridges, which are very short. So they were put three to a tray in the adult fridges.”

O’Looney notes another anomaly in this regard: as far as he can tell, it seems hospitals are now taking on the responsibility of handling the babies’ funerals. An unorthodox move, O’Looney says, as funeral homes usually bear the cost of baby funerals, so there’d be no reason for the medical establishments to step in.

“I’ve never ever seen the hospital down as the funeral director for a baby funeral before,” O’Looney says. “Usually they would direct them to us.” He goes on to speculate that “What’s happening now is the hospitals are taking care of these babies that die in hospitals directly and liaising directly with the crematorium… they’re cutting out the funeral directors and I do think that this is happening everywhere.”

O’Looney doesn’t discuss the specifics of what could be behind the rise in baby deaths, but presumably it would be related to instances of mothers receiving the COVID-19 injections while pregnant, resulting in a miscarriage. Or perhaps from shedding of spike protein in the breast milk. (Which is something that both med-legal advisor Karen Kingston as well as Los Angeles County Supervisor Sue Frost have discussed with German attorney Reiner Fuellmich.)

When Rodriguez asks about the clots O’Looney’s embalmer (et al.) have been finding, he grabs a vile filled with what appears to be dark, tangled tendrils of rotted flesh. The funeral director says his embalmer has been finding the strange clots “everywhere” inside of the bodies of those who’ve been “vaccinated” against COVID-19. He notes the clots are so bad the embalmer can’t pump embalming fluid through bodies’ veins and arteries as he normally would “because they’re too blocked up.”

“To touch [one of the clots] feels like calamari,” O’Looney says. “Very tough. Very elastic.” He adds that “When you pull a [normal] clot out, it falls to pieces… [but with] these… they don’t break down. They’re elastic, they’re very strong.”

Immediately above is a look at one of the strange, white, fibrous clots freshly pulled from a body by embalmer Richard Hirschman. Hirschman—who works in Alabama—like Foster in Missouri and O’Looney in England, has been coming across the oddities left and right in those who were “vaccinated” against COVID-19 while still alive. 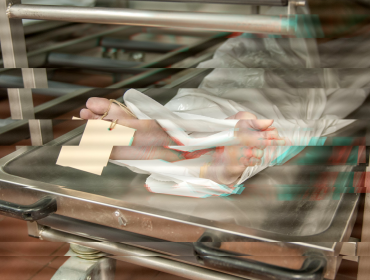 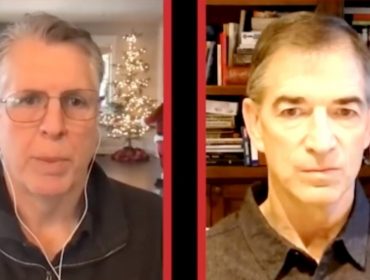 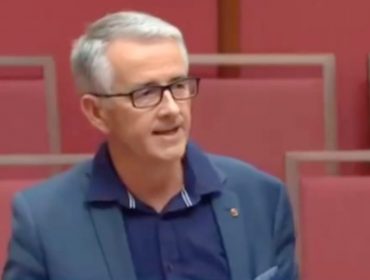