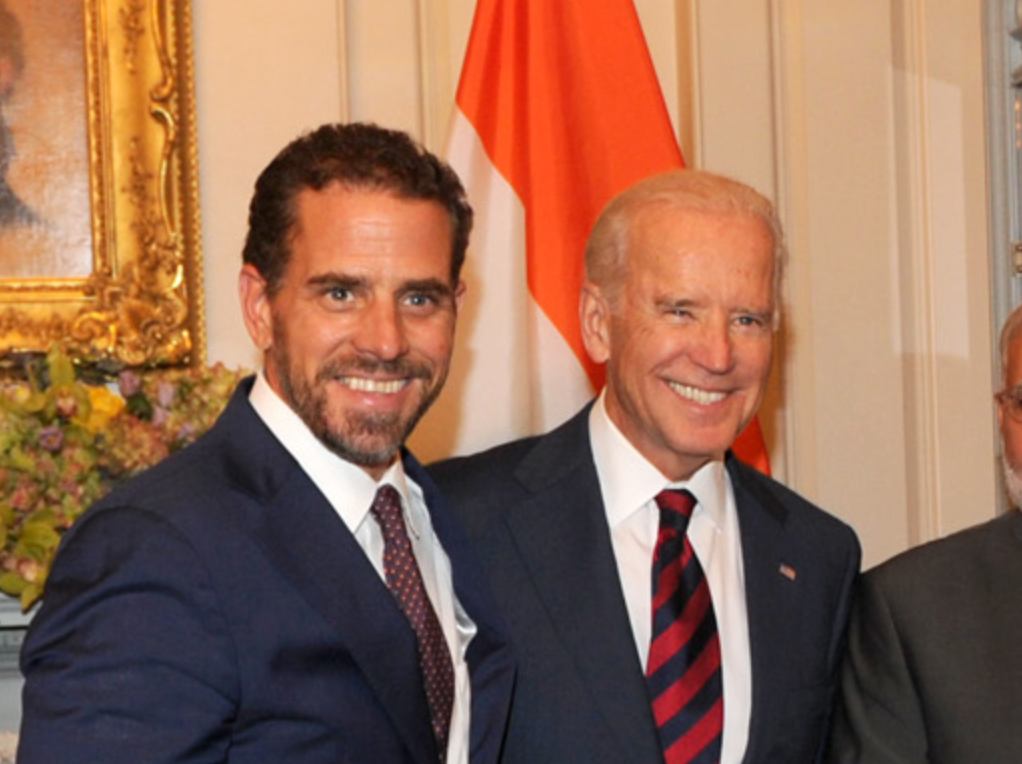 Hunter Biden Will Get Away with His Likely FARA Violations [Opinion]

While outlets like Fox News and CNN are reporting the federal investigation into Hunter Biden’s “tax affairs” and FARA (Foreign Agents Registration Act) violations has reached a “critical stage,” the President’s son will likely get off with a slap on the wrist.

With media outlets ranging from Fox News to CNN now reporting on Hunter Biden‘s potential Foreign Agents Registration Act (FARA) violations, it seems like the U.S. justice system is closer than ever to doing the right thing: prosecuting Joe Biden’s son for prostituting out the Office of the Vice President of the United States to the likes of Burisma in Ukraine and the CEFC Energy corporation in China. But while even “liberal” outlets like CNN are saying “this is very, very bad for the President’s son,” it sounds like he’s going to get off with a slap on the wrist. And, worse yet, the minor punishment will likely come alongside a sealing of the records on the case.

On July 20, 2022 Fox News reported that an ongoing federal investigation into “Hunter Biden and his tax affairs” had reached a “critical stage” according to one of the company’s source. The source told Fox News that “officials are looking into whether to charge President Biden’s son with various tax violations, possible foreign lobbying violations and more.”

Hunter—now largely associated with his infamous lost laptop containing evidence of using his father’s political office for financial gain (a major violation of standard ethical conduct) as well as possession and consumption of illegal drugs, and other illicit materials—has been under federal investigation since 2018. CBS News reported on December 10, 2020 that “Federal prosecutors are investigating Hunter Biden’s ‘tax affairs,’ according to a statement released by the president-elect’s son through the Biden-Harris transition team.” Until that week—reportedly—President Biden was not aware of the investigation into his son’s potential crimes. (Sources familiar with the investigation told CBS that “during the election season the investigation went quiet” as “it would have violated policy at the FBI and Department of Justice by taking any… ‘overt’ steps that would affect the election.”)

Now, four years later, the investigation being led by Delaware U.S. Attorney David Weiss, a prosecutor appointed by former President Trump, may possibly face Hunter with false statements charges. Although Fox News’ source did say that “no final decision has been made on whether to charge Hunter Biden, and stressed that the investigation is ongoing.”

During a Fox News segment from July 25, 2022 (above), Miranda Devine—author of The Laptop from Hell, a book telling “the unvarnished story of what’s really inside [Hunter’s] laptop and what China knows about the Bidens”—claims that there are two-dozen potential FARA violations “that are evident from [Hunter’s] laptop” as well as “the influence pedaling that both Hunter Biden and his uncle Jim Biden were doing when they were using Joe Biden’s name when he was Vice President to extract millions of dollars from various oligarchs and Chinese state-owned enterprises.” (FARA is a 1938 law that “requires certain agents of foreign principals who are engaged in political activities or other activities specified under the statute to make periodic public disclosure of their relationship with the foreign principal, as well as activities, receipts and disbursements in support of those activities.” The punishment for the crime is up to five years in federal prison and a $250,000 fine.)

Devine adds in her interview that “There is so much evidence on the laptop of both tax evasion as well as FARA violations,” which is a claim she’s able to make as she’s a New York Post columnist, and, in 2020, the outlet received a copy of the laptop’s contents. (The contents of Hunter’s laptop were delivered to the NY Post by former New York City Mayor Rudolph Giuliani, who received them from John Paul Mac Isaac, the owner of the computer repair shop where Hunter originally left his laptop in 2019.)

Despite the reported evidence of FARA violations on Hunter’s laptop, however, the ongoing investigation is, in all likelihood, going to be a dud. A conclusion reached by those most hoping for justice in the matter, no less.

“Unless the person indicted is a Republican, FARA has historically been a difficult law to prosecute and obtain a conviction for,” Senator Ron Johnson (R-Wisconsin) told the NY Post. The Senator added that his “concern is that DOJ will indict Hunter on watered-down charges, and then enter into a plea agreement that includes sealing the records on the case.” Johnson also noted in a Fox News interview (above) that “we don’t have equal justice, we have a two-tier justice system; one that will treat with kid gloves—or cover up for—Democrats and their powerful friends, the elite, and [then punish] the rest of Americans.”

In a July 26, 2022 interview with Fox Business’ Maria Bartiromo (immediately above), Devine herself said that “My educated guess is that Hunter will get off with some sort of a plea deal… maybe a suspended sentence, maybe a fine. I think that’s being negotiated.” The columnist added that “I don’t think that Americans who are expecting justice from this… [are] going to get savage justice. There will just be the bare minimum.”

Indeed, it appears the Federal Bureau of Investigation (FBI) has made it a conscious point to downplay any “derogatory” intelligence related to Hunter. In a July 25, 2022 letter to Attorney General Merrick Garland, Senator Chuck Grassley (R-Iowa) called for the FBI and the AG’s office to respond to whistleblower claims that the bureau generated a “false portrayal of acquired evidence [related to Hunter Biden’s potentially criminal behavior] as disinformation.” In the letter, Grassley also explicitly called out multiple FBI agents for discrediting legitimate intelligence on Hunter, including FBI analyst Brian Auten.

Auten, as Grassley noted in his letter, “opened an assessment which was used by a FBI Headquarters (“FBI HQ”) team to improperly discredit negative Hunter Biden information as disinformation and caused investigative activity to cease.”

In her interview with Fox News, Devine commented on Grassley’s letter, noting that “Now we have links between the people who are covering up the Hunter Biden information and the Russia hoax story that the FBI was complicit in. That is what the whistleblowers are telling Chuck Grassley.”

Grassley’s letter ultimately goes on to highlight a deeper, systemic problem with the FBI and the Department of Justice (DOJ).

“If these allegations are true and accurate, the Justice Department and FBI are—and have been—institutionally corrupted to their very core to the point in which the United States Congress and the American people will have no confidence in the equal application of the law,” Grassley said in his letter. He went on to note that the FBI and DOJ “have systemic and existential problems within [their] agencies.” And, unfortunately, these exact systemic and existential problems are why Hunter Biden is going to get off with a slap on the wrist. And why his father will—in all likelihood—never have to own up to being “the big guy.”