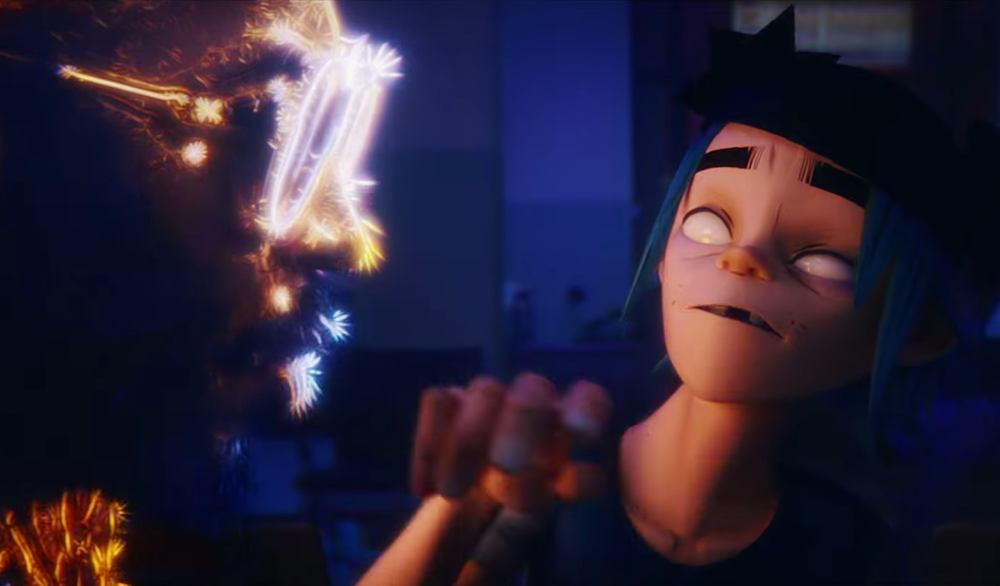 The Gorillaz is out with a new, funky, dancey single all about the animated band starting a Hollywood cult on “the eve of the pink dawn.” (Whatever that is.)

The Gorillaz—the British “virtual band” formed in 1998 by musician Damon Albarn and artist Jamie Hewlett—is out with a new single and it may turn out to be a cult classic. Or a classic about a cult, as the song, “Cracker Island,” is all about the animated band members literally starting a cult in Los Angeles’ Silver Lake neighborhood. And eventually, it seems, animating some kind morphing succubus-ghost creature into existence.

The single is the first off the band’s upcoming album, after which the track is eponymously named. It features American bass guitarist, singer, songwriter and actor Stephen Lee Bruner—better known by his stage name, Thundercat.

Like the rest of The Gorillaz’ music, the song is a mashup that defies genre. (Really.) The song is easily classified as “dancey” though, and Thundercat brings the funk with his bass playing and creamy falsetto. As always, the band’s guest member meshes perfectly with the core group, a feat The Gorillaz has been able to pull off with the likes of Snoop Dogg, Elton John, Beck, Danger Mouse, Mos Def, and many, many others.

The song’s narrative, like those in many other Gorillaz songs, is quite a doozy as well. Although it’s obviously impossible to say exactly what the meanings behind the lyrics are, the song is about the band—specifically Murdoc, the green-skinned bassist created by Cornwell and Albarn and voiced by English actor Damon Albarn—coming up with the idea to start a cult while it’s recording a new album in the basement of a house in Silver Lake. In a July 20, 2022 tweet (immediately above), we see Murdoc—who’s reading a book titled “UTopiary, Pruning Your Aura” (authored by the character himsef), when he comes up with the idea to start the cult. On “the eve of the pink dawn” no less, whatever that is.

In the music video itself, events begin in media res, with 2D—the virtual band’s lead singer—on the way to a Los Angeles County hospital in the back of a police cruiser; Noodle, the band’s lead guitarist, being interrogated by police; Russel, the band’s drummer, in a stupor watching television; and Murdoc off somewhere unseen… .

As the video continues, we learn from a news report on the television that there has been a “Major incident below the Hollywood sign” and “Police [have intervened] to stop [an] occult ceremony.” Indeed, the song’s narrative refers to the band members teaching “themselves to be occult.” Thundercat’s falsetto refrain after each line of the chorus is also “forever cult.”

About 90 seconds into the song, a ghost (as in, an animated bed sheet with holes for eyes), arises from a hospital bed and—while leaving a horrifying slime trail behind it—makes its way to the waiting room holding the animated band members. Soon thereafter Murdoc appears in the same waiting room—clothed in his royal purple robe—and comes face to face with the ghost.

When the ghost reveals itself, however, it’s a young woman—one who rapidly ages until she looks like she’s about 75 years old. The video then ends with the waiting room full of band members, police officers, and hospital workers all staring at Murdoc and the elderly ghost woman as they kiss(?) off screen.

Incidental to the cult story—or perhaps not—is Murdoc’s character background. According to the Gorillaz wiki, Murdoc, who was responsible for most of the conception and formation of the virtual band, is a Satanist who made a deal with Satan in order to become a famous rock star. When the deal was finalized, Murdoc acquired Satan’s bass guitar “El Diablo” and his middle name was changed from “Alphonce” to “Faust.” And if anything sounds like a Faustian bargain, it’d be the creation of a cult of which you’re the head. 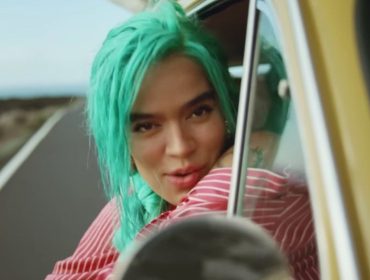