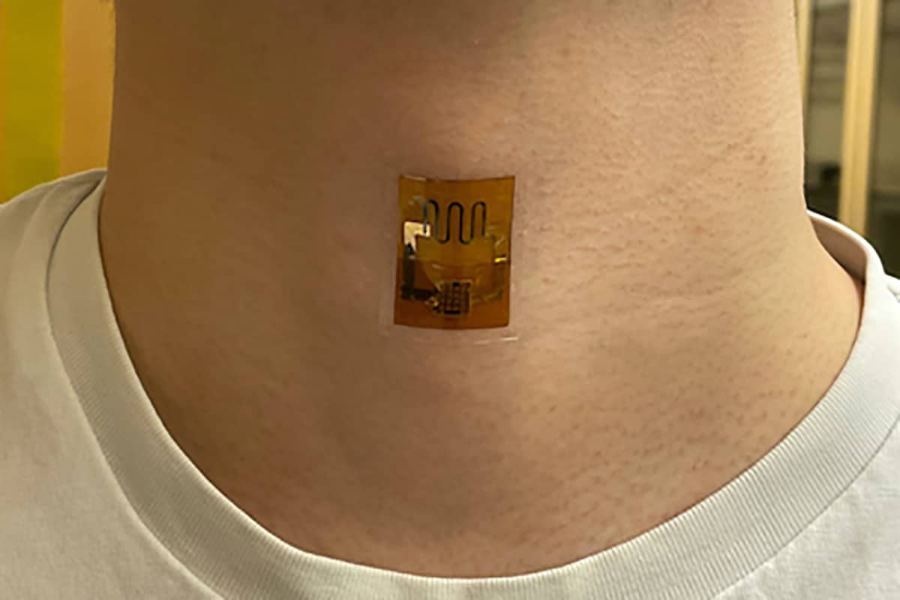 A team of researchers at the University of Massachusetts Amherst has developed a “clean energy harvesting device” that’s made with nanoscale biofilms produced by gene-edited bacteria and is able to power so-called “wearable” electronics.

Technology on the nanoscale—that is, the scale of one billionth of one meter (or 10⁻⁹ meters)—continues to progress rapidly. Scientists, often using funding from the likes of the Defense Advanced Research Projects Agency (DARPA) and the National Institutes of Health (NIH), are building remote brain-control systems using nanoparticles and “autonomous nanomachines” using “DNA origami.” Now, a team of researchers at the University of Massachusetts Amherst adds to the running list of nanoscale inventions a cutting-edge take on a “clean energy harvesting device” that’s able to turn a person’s sweat into electricity that can power so-called “wearable” electronics. And, incredibly, the device is made possible thanks to “biofilms” produced by genetically engineered bacteria.

“Employing renewable materials for fabricating clean energy harvesting devices can further improve sustainability,” the researchers say in their study outlining the clean energy harvesting device in Nature Communications. They add that with the creation of this new device, they “demonstrate that it is possible to engineer microbial biofilms as a cohesive, flexible material for long-term continuous electricity production from evaporating water.”

Although it may sound like pure science-fiction, the key material in the researchers’ device is literally produced by a genetically modified strain of a bacterium dubbed Geobacter sulfurreducens. G. sulfurreducens, as former NIH head Francis Collins noted in a 2019 blog post, is a rod-shaped microbe (in the image immediately below) that was discovered two decades ago in soil collected from a ditch outside of Norman, Oklahoma. The bacterium is notable because it’s able to conduct electricity along submicroscopic “arm-like appendages” that act as “nanowires” (also called “OmcS filaments” in this context) consisting of long, repetitive chains of a unique protein, each surrounding a core of iron-containing molecules.

As Moh-El Naggar, the Natural Sciences Chair at the University of Southern California (USC), notes in a YouTube video from 2010 totally unrelated to this research, these bacterial nanowires are potentially ideal for “any topic that involves electron transport between the living and the non-living world; between cells and inorganic surfaces.”

In this instance, the researchers genetically modified a strain of G. sulfurreducens to produce “highly cohesive, electrically conductive biofilm sheets” that were less than 100 nanometers thick. As UMass Amherst notes in its press release describing the discovery, the biofilms were the result of the genetically altered bacterium growing “in colonies that look like thin mats, [with] each of the individual microbes [connecting] to its neighbors” through a series of the natural nanowires.

To create the complete energy harvesting devices, the researchers then took these thin mats and laser-etched small circuits into them. The researchers then sandwiched the thin mats of conductive biofilm between two electrodes—with their opposite charges allowing for electrons to flow through the circuits—leaving a portion of the biofilm at one electrode exposed to moisture from skin.

When applied to a wearer’s skin, the conductive biofilms were able to use the evaporation of water (i.e. sweat) as a way to produce electricity. Mechanistically, it seems the biofilms were able to produce electricity thanks to H2O molecules moving through the spaces between the small microbial cells in the biofilm, allowing for the transportation of charge. Although, interestingly, the researchers note in their study that “Further rational optimization of microbial films for electricity generation will need a better understanding of how the streaming current is generated, which currently is poorly understood.”

Using the biofilm-generated charge, as well as the film’s laser-etched circuit, the researchers were able to power various proof-of-concept wearables; including a “strain sensor” for self-powered monitoring of one’s pulse, respiration, and other “bodily signals” and a wearable electrochemical glucose sensor able to monitor a wearer’s glucose levels during exercise. Or even before and after eating.

“The limiting factor of wearable electronics has always been the power supply,” Jun Yao, professor of electrical and computer engineering at UMass, and one of the paper’s senior authors, said in the UMass press release. “Batteries run down and have to be changed or charged. They are also bulky, heavy, and uncomfortable.” But with these biofilm-powered devices, creators of wearables will be able to take advantage of this “huge, untapped source of energy” and, in effect, turn people themselves into the batteries.

“Our next step is to increase the size of our films to power more sophisticated skin-wearable electronics,” Yao added in the press release. Xiaomeng Liu, a graduate student in electrical and computer engineering in UMass Amherst’s College of Engineering and the paper’s lead author, added that this “is real green energy, and unlike other so-called ‘green-energy’ sources, its production is totally green.”