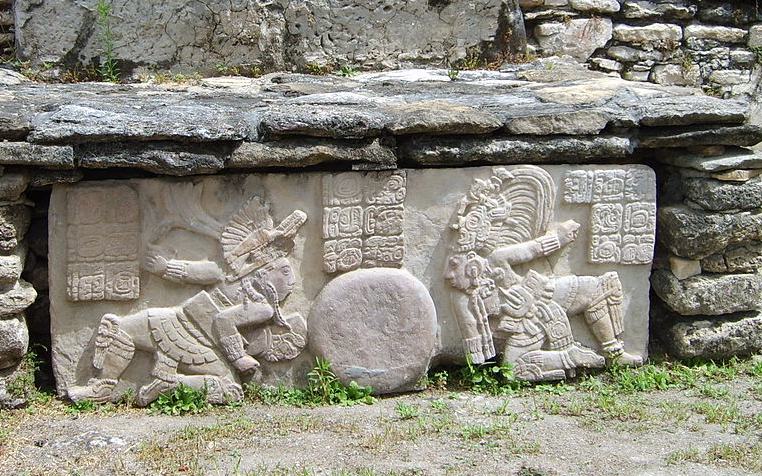 Archaeologists in Mexico say they have evidence that the cadavers of at least three 8th century Mayan elites were reduced to ashes and then used to produce the balls for the Mayans’ infamous and deadly “ballgame.”

Back in 2020 archaeologists in Mexico discovered 400 vessels containing ashes, charcoal, rubber, and roots at Toniná: a pre-Columbian archaeological site and ruined city of the Maya civilization located in what is now the Mexican state of Chiapas. Now, archaeologists studying the vessels say they’ve discovered the ashes of ancient Mayan elites, which they believe were used to make the rubber balls for the civilization’s deadly “ballgame.”

In a recent statement published by the National Institute of Anthropology and History (INAH), INAH researcher Juan Yadeun Angulo, who has led research and conservation projects at Toniná for over four decades, described how and why he’s theorized the ancient, elite corpses were repurposed for rubbery game balls; specifically noting the archaeologists performed a “microscopic analysis” of the organic material contained in the vessels, which indicated “specialized persons, possibly priests” cremated bodies of high-ranking members of society for the balls.

In the video immediately above, which was created by the INAH and posted to YouTube by news outlet ZENGER, Yadeun Angulo describes the creepy findings. The archaeologist notes the 400 vessels containing coal, roots, and rubber also contain traces of blood and, consequently, speculates the elite rulers’ remains were burned and combined with the other materials. He also says there is evidence on the ballgame court of three central discs that describe the three suspected dead donor elites as being “reborn again 260 days after they left the cave of death,” already “transformed” into the gameballs.

As for the “ballgame” itself, historians, and archaeologists, disagree on what its exact rules were, for how long the game was played, and the loftiness of the stakes. Everyone agrees, however, that the sport must’ve been deadly one way or another.

To play—roughly speaking, based on several expert opinions—two teams, consisting of anywhere from two to six players per team, played against each other for an incredible four weeks on a giant stone court about twice the length of an NFL field. The aim for each team was to move the (approximately 7- to 9-pound) ball to the opposing team’s side; preferably through one of two wall-mounted stone rings on either side of the court. (Apparently getting the ball through the rings meant extra “points” for whichever team was able to manage the feat.)

Whichever team lost (presumably based on having fewer points) was in for a very bad time according to most people who’ve studied the matter. In the video immediately above, for instance, the Smithsonian Channel notes that teams played “for the highest possible stakes because the losing team [faced] being sacrificed to the gods.” The Smithsonian goes on to note that the winners killed the losing team by decapitating its members. And, indeed, intact wall reliefs from Toniná show gameball victors holding up the severed heads of their opponents.

“It’s enlightening to know that the Mayans sought to turn the bodies of their rulers into a living force,” Yadeun said in the INAH press handout. “Just as Egyptians tried to preserve bodies, we know [in ancient Maya people] were transformed in another way.”