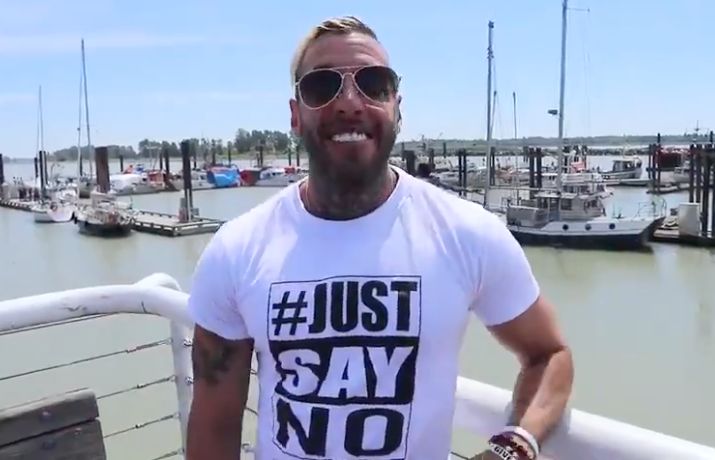 In a new video internet-famous activist Chris Sky—best known for perfectly predicting how the COVID-19 governmental tyranny would unfold—offers his opinion on how authorities will now pivot to “climate change” excuses in order to keep their unprecedented emergency powers.

In a new interview (of sorts) internet-famous activist and dissident Chris Sky offers his take on how governments around the world are going to maintain their authoritative, fascistic COVID-19 control measures over their respective populations by rebranding them as “climate change” measures. Sky, who is best known for being dead-on accurate about how the COVID-19 fiasco would play out politically in a viral interview from September 20, 2020 (at bottom), also highlights one way to stop the cycle of governmental abuse once and for all: “united noncompliance.” Or, in other words, Sky wants people to #JustSayNo to the measures, mandates, and coercion.

“This is not about a vaccine [and] this is not about a pandemic,” Sky says in his opening remarks, hearkening back on the last two years of madness. “This is about getting you on a system of control. A digital system with a digital identity and a digital vaccine passport.”

Sky claims those in power “can’t go from step one to ten in tyranny without going through all the steps in between,” however, and that measures like (ineffective) lockdowns and (ineffective) masks have been exactly the kinds of steps required for full-blown fascism. Chief amongst them, of course, being the “vaccine” mandates that have forced—and continue to force—people to take an experimental injection in order to participate in normal society.

Sky says the COVID-19 “pandemic” excuse for overwhelming governmental control is getting old, however, which means authorities must usher in a new excuse for maintaining unprecedented reign over free people’s lives. And that’s where “climate change” enters the picture.

“They know they can’t have a pandemic last forever, but they want these restrictions on your life to last forever,” Sky tells the unidentified female interviewer behind the camera. “So they’re going to transition you from a pandemic emergency to a climate change emergency.”

Using the cudgel of climate change, Sky says, authorities are, and will be, destroying food supplies around the world. The World Economic Forum (WEF) wants to “limit and destroy” the food output of the Netherlands, for example, according to Sky, which would negatively affect all of Europe.

Indeed, as The Grocer reported in July of 2022, local farmers began protesting after “the Dutch government proposed a 50% cut to nitrogen output in agriculture by 2030 as part of national and EU-led net zero efforts, which, if implemented, could see livestock numbers in Europe’s biggest meat exporter reduced by 30%.” In the videos immediately above, we see farmers from the Netherlands protesting the nitrogen cuts by driving tractors down highways and spraying a town hall with manure.

Sky predicts that what happened recently in Sri Lanka will happen in the Netherlands if the political will of the body politic is not stiff enough. For those unfamiliar, Sri Lankan President Gotabaya Rajapaksa promised in his 2019 election campaign to upgrade the country’s farmers to fully organic agriculture within a decade. When Rajapaksa’s administration imposed a nationwide ban on the import and use of synthetic fertilizers and pesticides, however, domestic food production suffered a massive blow; domestic rice production, for example, fell 20% in just six months after the policy’s implementation.

As a result of the disastrous policy (even characterized as such by “liberal” news outlets like Vox), as well as other horrendous economic policies, Sri Lankans ran Rajapaksa out of office. Literally, as the video immediately below shows.

However, as Sky notes, the new president of Sri Lanka, Ranil Wickremesinghe, is a member of the WEF. Specifically, Wickremesinghe is an “agenda contributor” to the organization. Along with the insertion of Wickremesinghe into office, Sky notes the WEF has helped to roll out a QR code system that forces people to use a trackable “National Fuel Pass” in order to get gas. In the video immediately below we see a glimpse of the new system.

The purpose of the manmade food shortages, soaring commodity costs, and implementation of a trackable, digital, fuel-purchase network, Sky claims, is to develop a supranational framework of complete control. The prescient oracle of the internet specifically notes that the “bureaucratic” takeover of the food supply will mean farmers go broke, and that governments will, subsequently, buy up their properties for pennies on the dollar.

Organizations like the WEF want complete control of the food supply chain so they can “starve you into submission” Sky says, putting a finer point on things.

Sky also discusses the ongoing carnage being levied upon the Western world due to the massively dangerous COVID-19 “vaccines.” During his video Sky brings up a large handful of issues with the injections, most of which check out according to robust evidence in the medical literature. He says, for example, that the COVID-19 injections are causing a decline in sperm concentration and motility in men—which is unequivocally true according to a recent study in the journal Andrology. He also says the injections are harming women’s menstrual cycles—again, completely true according to numerous studies in peer-reviewed journals.

On top of those incredibly serious side effects (or perhaps intended effects, depending upon who you ask), Sky also notes anecdotal examples of people dying in strange, sudden ways, en masse. He notes, for example, that 22 vacationers dropped dead on a beach in Italy recently. (The article above notes it was “at least” 11.)

There are also a few points where Sky makes claims that are difficult to corroborate with studies in the literature—such as spike protein shedding from “vaccinated” people onto “unvaccinated” people. The mechanism of action is certainly established, however, as the COVID-19 injections force people’s bodies to produce their own spike proteins. Conversely, Sky’s claims that the spike protein is toxic to the cell, and that it goes everywhere in the body, are also both corroborated by evidence in the medical literature.

Regardless of the manmade food shortages, imminent lockdowns and mask mandates, government tyranny, and deadly, mass-administered vaccines, Sky seems generally hopeful. As long as people—particularly those in the West, who the WEF, et al. are targeting in particular because of their love of freedom and individuality—resist the fascistic policies put forth by puppet governments. If they don’t, the consequences will be dire according to the net oracle. And either way, apparently, there is going to be (more) immense pain brought upon the masses.