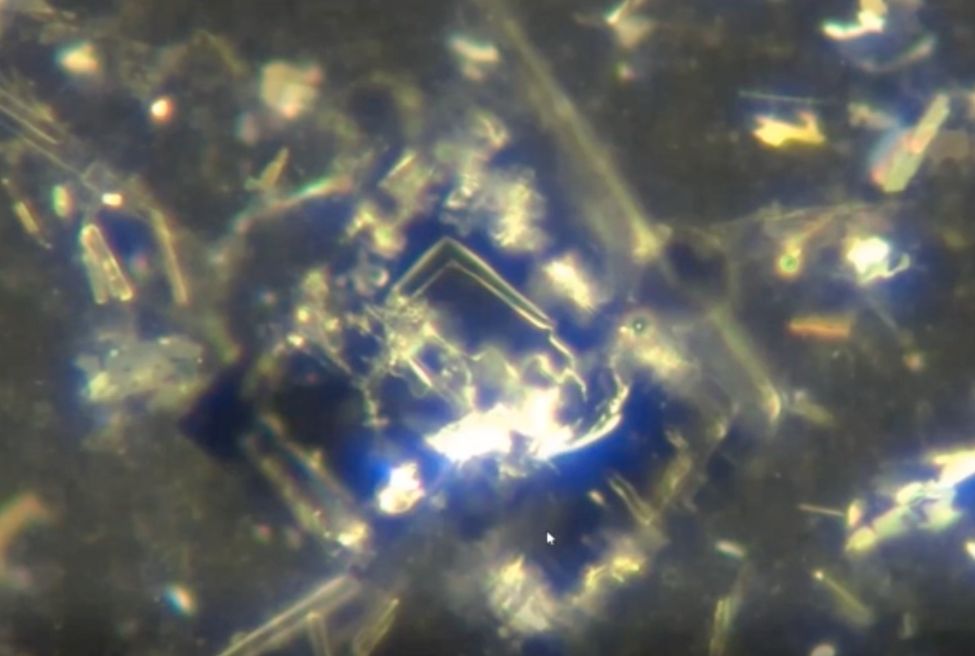 In a new interview with independent Australian interviewer Maria Zee, general practitioner Dr. David Nixon shows video of “micro machinery” from the contents of the Pfizer-BioNTech injections performing “micro-scale construction.” According to Nixon, the micro-construction happens so slowly it is “out of sync with time” and must utilize technology that is far more advanced than anything with which he’s familiar.

Earlier this month independent Australian interviewer Maria Zeee spoke with general practitioner Dr. David Nixon regarding micro-scale structures in the contents of the Pfizer-BioNtech injections, which assemble over time and seemingly become activated due to ambient Wi-Fi radiation. Now, Dr. Nixon is back on Zeee’s program: this time, with video evidence of what he says is “micro-scale construction” happening “out of sync with time” inside of the Pfizer injection fluid. And Nixon says the construction is even being performed by coordinated “micro machinery.”

“It’s apparent that we’re dealing with something completely different from self-assembly,” Nixon tells Zeee as he shows her a sped-up version of a recorded video of the contents of the enormously dangerous Pfizer injections. “[T]his is nano-construction. I [can’t] even begin to understand how far ahead of where we thought our technology was,” the doctor adds.

Nixon’s video of the Pfizer injection contents begins around the 1:25 mark. He notes that what he’s presenting is video recorded over three hours, but sped up so that it’s only one minute long. Nixon also notes that the “construction” and “machinery” we’re looking at is seen magnified at 200X under an optical microscope.

At the center of Nixon’s video is what he refers to as a “crystal square.” When he first plays the video in real time, he notes that “nothing appears to be moving at all.” However, when he speeds up the video, he says that “[I]t’s apparent that we’re dealing with something completely different from self-assembly.”

Nixon makes it clear that the “crystal square” is not assembling itself. On the contrary, he says “it’s actually being assembled.” As for what’s assembling it, Nixon says “it’s essentially micro-construction… that is coordinated… .” (Note that Nixon refers to the construction as being both on the micro and nano scale. It seems he’s speculating that it’s happening on both scales, although that’s not clear.)

Nixon notes that, because the construction is happening at such an extraordinarily slow pace (in real time), that “it seems to be out of sync with time.” When the video is sped up, however, Nixon shows “robot arms” (Zeee’s phrasing) manipulating the crystal square.

“I mean, this looks like magic,” Nixon says. “If I wasn’t sitting here looking at this and recording it and seeing the things I’ve seen in the last week, I wouldn’t believe it… I would think this is fake.” The doctor adds, however, that “this is real.”

Nixon—who previously performed a control experiment on the Pfizer injection, placing it near a Wi-Fi router both inside and outside of a Faraday bag (see more via the post embedded immediately above)—says “this process [of micro-construction] seems to be driven by electromagnetic frequency.” He notes that a colleague who’s also studied the Pfizer injection contents under a microscope has “clearly shown these things expanding under the influence of EMF [electromagnetic frequency radiation] and contracting when EMF is removed.”

The “robot arms,” according to Nixon, have “propulsion system[s],” “levers,” and even “serrated edge[s].” Working together, Nixon shows how the arms are able to stabilize and manipulate the crystal square. Nixon adds that the way the arms work together is “definitely calculated” and involves “multiple controls.”

Critically, Nixon notes that “even if we could produce something like [this nano/micro technology], how could we produce something that’s coordinated that’s going [this] slowly?” He adds that the tech is “staggering.” The doctor also notes that he hasn’t seen anything like this, ever, and that he can be certain that what is being shown is not salt or cholesterol, which can both take on a crystalline form.

While the contents of Nixon’s presentation certainly seem incredible—literally—it should be noted that many other doctors and scientists have now identified similar structures in the contents of the COVID injections. Dr. Daniel Nagase, a physician in Canada, for example, says that when he studied the mRNA COVID “vaccine” contents using electron microscopy, he observed “organized little chip structures.” Likewise, when Israeli electrical engineer Simon Yanowitz studied the COVID “vaccines'” contents, he identified “nano structures that self assemble.” (For more on Nagase’s findings, click on the embedded post immediately above. For more on Yanowitz’s, click on the embedded post immediately below.)

Along with Nixon, Nagase, and Yanowitz, a team of German scientists also discovered a “vast number of crystalline platelets and shapes” in the COVID injection contents consisting, in part, of heavy metals. Lab scientist Poormina Wagh also found lots of heavy metals in the COVID “vaccine” vials when she and her colleagues tested them. Lab director and independent journalist Mike Adams has also claimed these heavy metals are present in the strange “fibrous white clots” that are turning up in the dead bodies of those who’d been “vaccinated” against COVID. For more on those otherworldly clots, embalmer Richard Hirschman and funeral director John O’Looney have provided their opinions in several videos.